6. Back to the Future

People think the Nerd overexaggerated the LJN cheese in his later episodes, but who can blame him? We’re here at game #6 and literally 3 of the first 6 AVGN games were LJN “classics”. Of the three, this is easily the worst game. But is it the worst speedrun? Nope. Whoa… that’s heavy.

Let’s talk about this game for a second. Uninspired graphics, awful, ear-splitting and repetitive music, and Atari 2600-esque sound effects, what more could you want? How about the exact same level design… for each and every level? Great Scott! It’s like the developers, Beam Software, didn’t even freaking try! Well they tried all right… tried to milk this classic franchise for all it’s worth by simply adding “bonus levels” with characters from the movie. In my opinion, the only part of the game that actually feels like the source material is the finale, where Marty must drive the DeLorean past lightning bolts to reach the wire at 88 MPH. And even that kind of sucks.

But what about the speedrun? Well, this is no Zelda or Mario game, but it’s not that terrible. Of course, considering the Trials, and the type of game the Nerd reviews, that’s not saying much; the repetitive and linear gameplay almost ensures that a grind would get pretty old, pretty fast. But the controls, the one thing I didn’t touch on, are actually quite responsive! The gameplay is more a corridor SHMUP than an NES platformer, and Marty moves fluidly through the stages. As a speedrun, there’s not a lot here, but what IS here plays rather well in that format, all things considered.

My Trial was pretty much as you’d expect. A lot of failure early on, a breakthrough, and sub-20 was my initial goal so I said “I’m done!” It was a quick, and (honestly) relatively painless game. Would I recommend this to BTTF fans? Hell no! This game sucks. But for NES challenge runners, and for connoisseurs of pain… you could do worse. 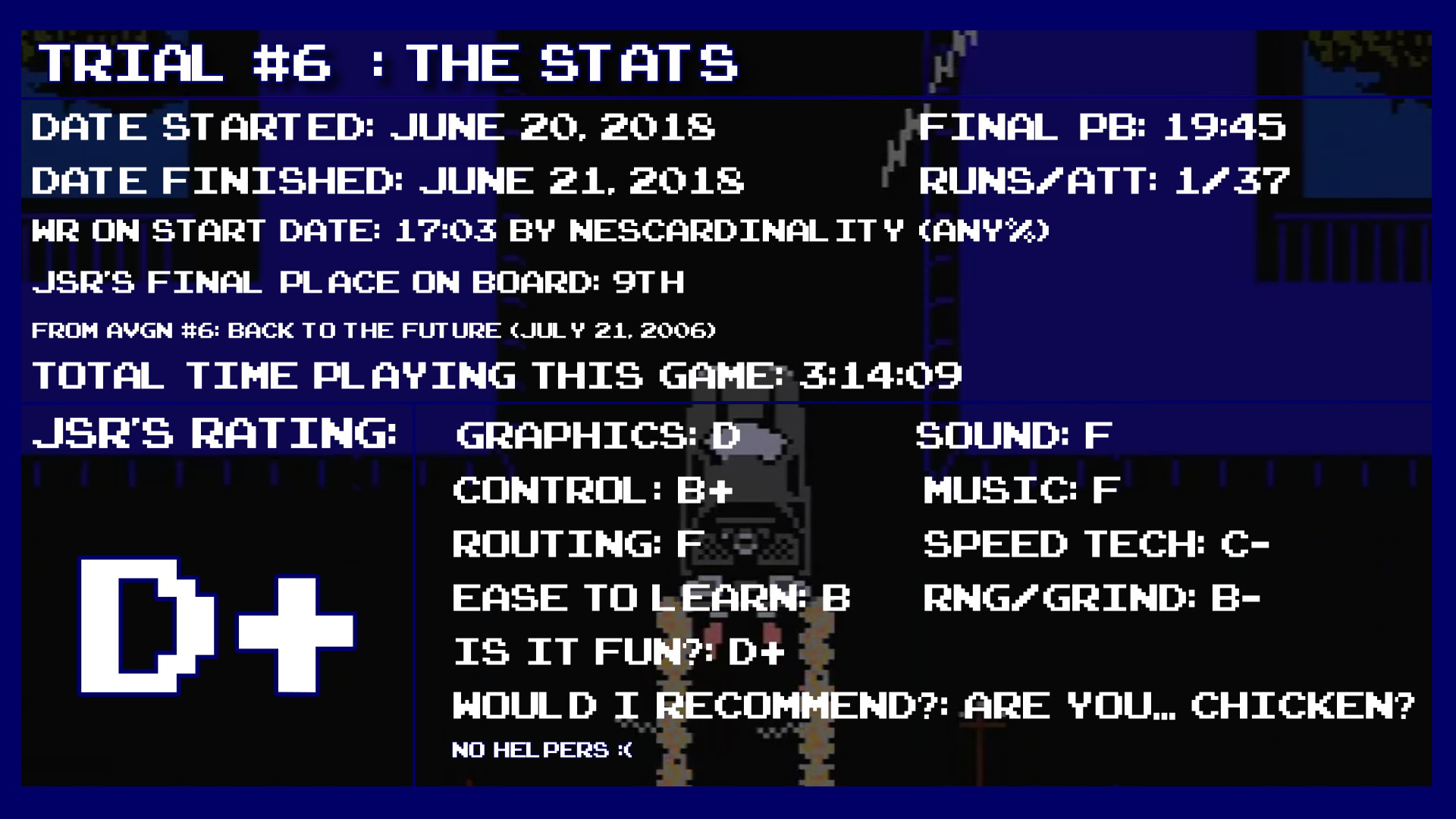