9. Master Chu and the Drunkard Hu

Master Chu and the Drunkard Hu (1989, NES) by Color Dreams

Wally Bear left such a sour, nasty aftertaste in my mouth that, going into this game, I was miserable. I expected another slog, a terrible, awful, no-good very-bad day. If I’m retrospectively honest, it wasn’t a great game or speedrun at all, but compared to Wally Bear this was a masterpiece, a genuine gem of a game.

Although if I look at this title in a vacuum, Master Chu isn’t the WORST unlicensed game on the NES at all. The graphics are nice, if uninspired, and the music isn’t ear-splitting, though the sound effects are some of the worst on the NES. Surprisingly, the controls are relatively tight, comparible to platformers like The Legend of Kage. What really hurts this game are the level designs.

in this game, you must find yin yang symbols, which are hidden throughout the game. Luckily, for speedrunners, they are in static locations, and you can route this accordingly. Unfortunately, this makes for a yawnfest of a grind, and if not for the action on-screen being as “engaging” as it were, this would be yet another awful Color Games speedrun. As is, however, it wasn’t the worst experience I’ve ever had.

One thing to note here: my final run (my current P.B.) was so close to the WR that I actually thought I had got the record!  However, when WhiteHat94 (the board mod, and current WR holder at the time) frame-counted it for me, he broke the bad news: by just a few frames, I had not reached the “pinnacle of the respected Master Chu speedrun mountain”.  Luckily for me, I wouldn’t have to wait long for my first actual WR in the trials, even if the WR was literally free… 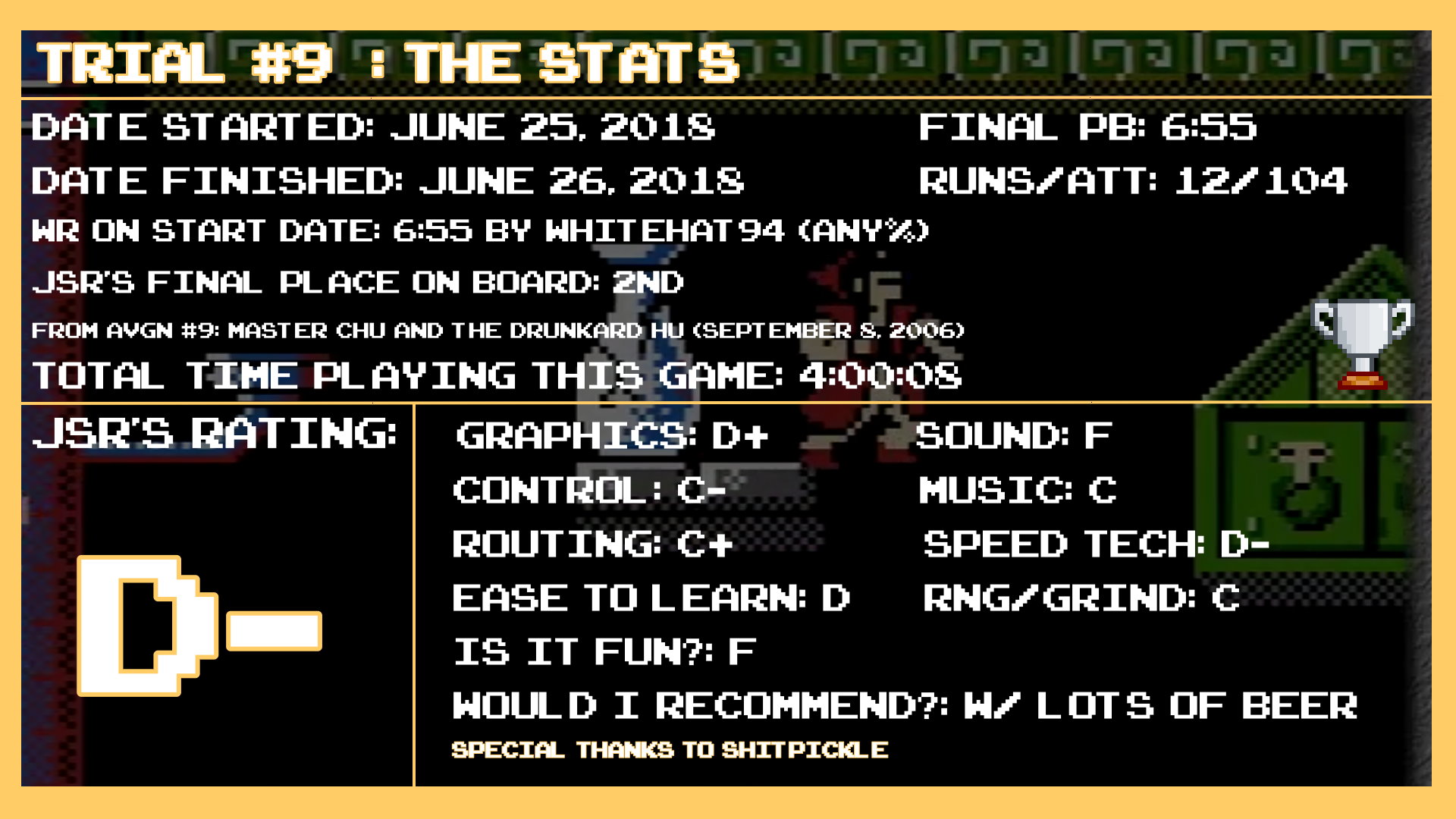