This was my low point. Coming off of two extremely difficult, unlicensed games, AND the heartbreak of just missing my first world record in the Trials, I was depressed. I needed a pick-me-up. Top Gun for the NES was not likely to be that pick-me-up going in. It was difficult, it was unfair, and I had no idea if I could even beat the game, let alone speedrun it. Luckily, a little hard work (and a nice side-helping of cheese) helped me figure it out, and I broke through with my first Trials WR!

Top Gun is an interesting game in a sense. When it came out back in the day, it was a huge hit; the momentum it gained from the movie, combined with its’ “realistic” gameplay, made it too enticing to consumers, and it’s one of the best-selling NES titles of all time! That being said, the graphics and sound don’t hold up at all, and the lack of music is awful. The controls aren’t terrible during the main part of the game, but the landing and refueling sequences are notoriously difficult to figure out. The game has unclear direction, and you must be nearly perfect, lest you crash your jet into the sea and yell “asssss!”.

The speedrun isn’t much different. At the time, there wasn’t a lot of information about the game’s now-known mechanics, so I was on my own. I figured out that a combination of the well-known cheese strats (flying your jet in a diagonal direction, only aborting this plan if a missle is about to hit you, or a jet gets behind you), and timing a descent before the refueling or landing sequences, allowed for quick and precise timing. The run is extremely boring as a result, landing this game squarely in the “F” category. This was by-far the most boring speedrun project I’ve ever done to this point.

I want to revisit Top Gun someday. Thanks to catsonurhead, new strategies were discovered using extra live rewards you gain from your score. That being said, I am still glad I got the Top Gun speedrun community off the ground, soaring high in the sky… or at least, hopefully not crashing yet another jet on the landing sequences.

(PROTIP: run the Japanese version. I wish I had) 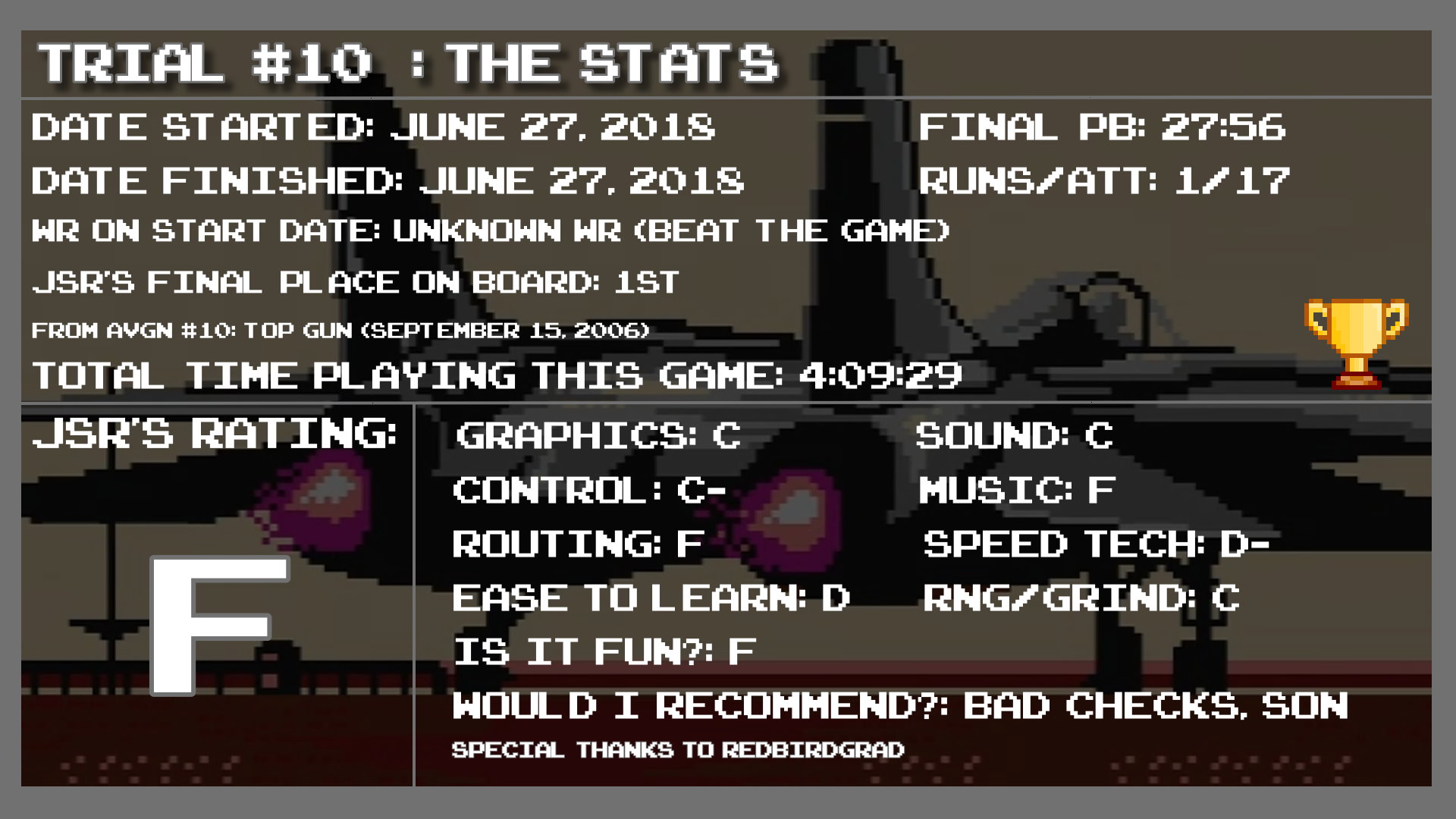