Current Any% US Leaderboard (speedrun.com)

You ever play a game that is so good that it’s fun, and yet, so bad that it’s aggravating beyond belief? I grew up with Double Dragon, a classic NES beat’em up. I loved that game, even though (even to this day I type this) I’ve never beaten the game. Double Dragon 2 was a gem as well, and honestly, I can’t believe they messed up the balance in DDIII this much.

Before I talk about the run, let’s talk the game: it’s gorgeous, has amazing music and sound, and the controls are somewhat good. The biggest issue comes with the enemy AI. They know what you’re doing and can counter your every move, and if you both attack simultaneously, the enemy will always win. Especially in the final few stages; it’s unbelievable how unfair the combat is in this game. And it’s a shame, too; this game has more characters, subweapons, and techniques than any of the Double Dragon games that came before it. It almost feels like they never finished the game (and those that know of the infamous Bimmy typo might tend to agree).

The run is basically more of the same here; a linear beat’em up with a little tech and no glitches, zips, or tricks to speak of. It’s a brutal run as well. This is not for the faint of heart. Luckily, it was easy to learn at least. But despite this, I still… somehow enjoyed this game? I must’ve been just relieved to be playing a game that wasn’t Top Gun, Master Chu, or Wally Bear. Still, this is far from the worst game to learn. 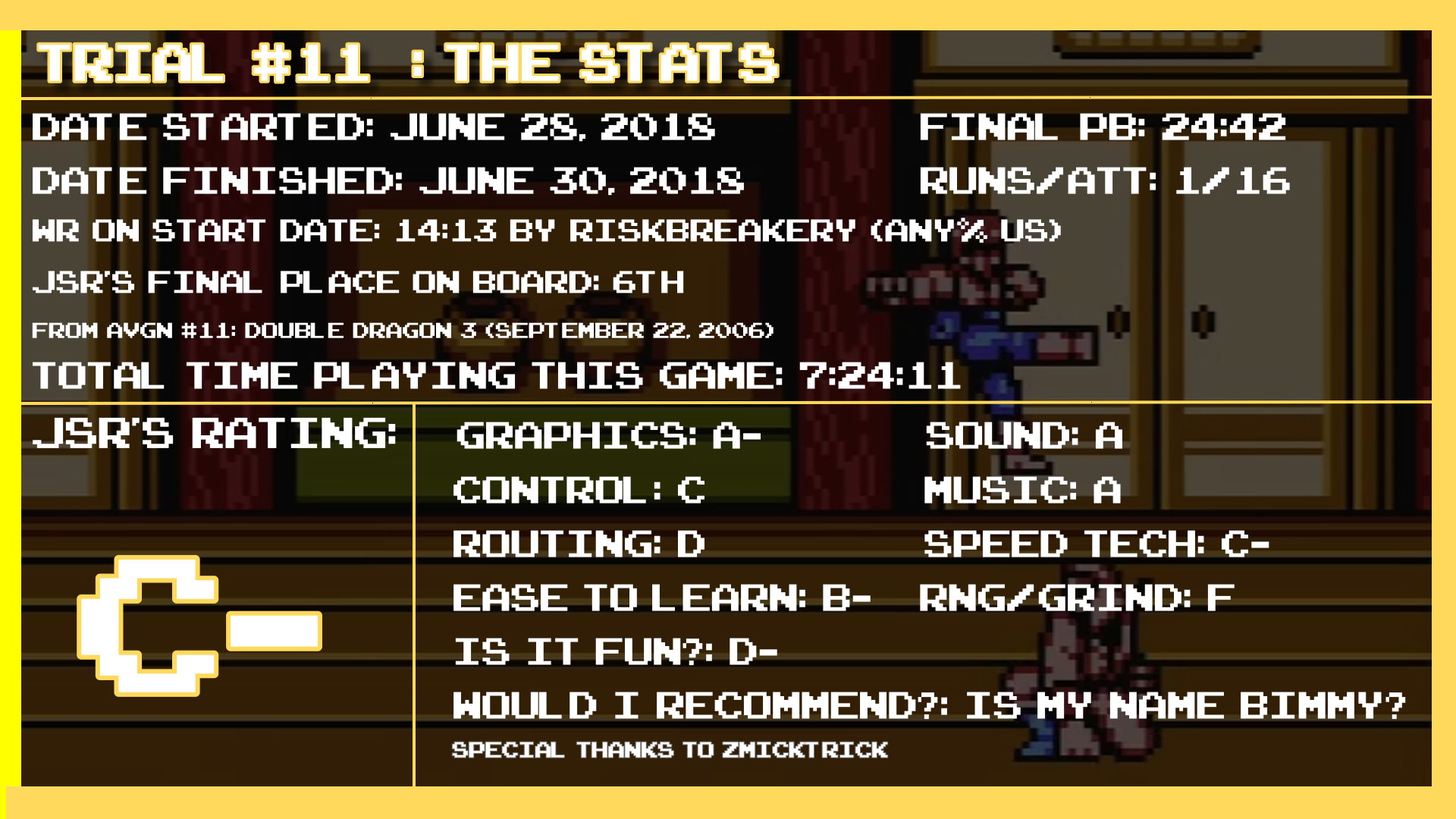