This game is for you!

Honestly, though, as it sounds like this might be “one of those games”, this is an absolute blast of a speedrun! The game itself might be flawed, with average graphics, terrible music, annoying controls, and barely a thing in common with the movies. However, the speedrun allows for an RNG seeding that makes it a very fast speedrun.

The game itself is average at best, if not below-average. Jason is in Camp Crystal Lake, and you play as the 6 teenagers trying to save children and kill Jason. Casually, the game gives little in the forms of hints or clues. It is a slog, and a very difficult game to play well. Jason is tough to kill, and you need weapon upgrades and hints to take him down.

Luckily, if you reset the console over… and over… and over… and over… eventually you’ll get the correct RNG seeding that lets you know where each of your counselors are… and more importantly, where Jason is! Once you get your weapons, you can then quickly corner Jason and take him down! It’s… fun to grind, but pretty monotonous after a while, and I’m not kidding when I say this is a reset-fest: 1,423 attempts later, this is my 3rd most-ran game… ever. Not just in the trials… but period. Yeah… that’s a LOT of resets.

It’s a fun and easy run to learn and I’d suggest runners give it a try. Casual runners or hardcore alike will likely get a few days to a week out of this game. Once you approach the 3 minute barrier though… all bets are off. 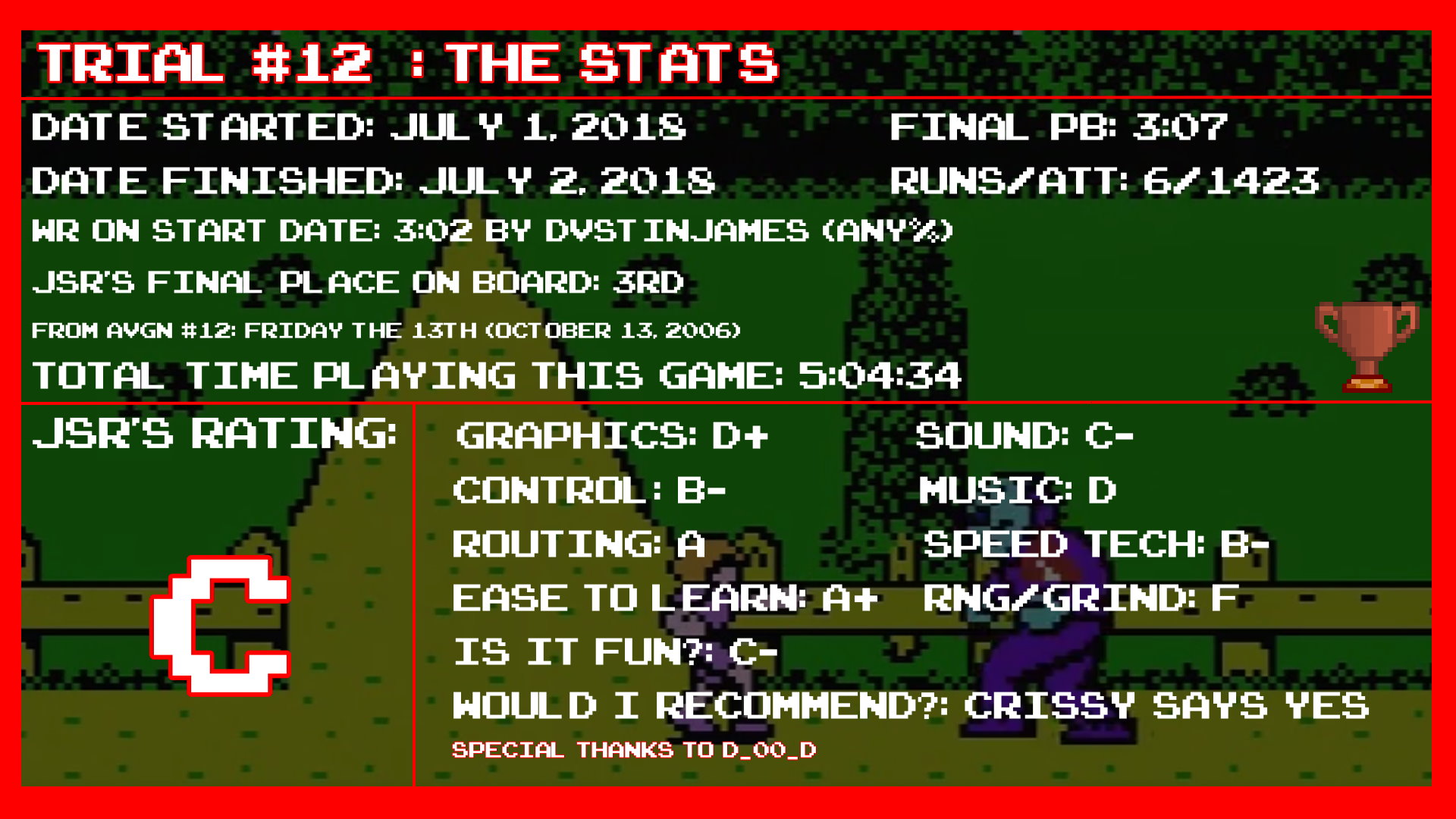