(Note: for this episode, which was released in 3 seperate episodes, I decided to only include one Ghostbusters game.)

Would you believe me if I told you that, once upon a time, Ghostbusters was considered an advanced, well-made video game? In 1984, this game hit many computers and consoles out at the time, and this was a game critics thought was creative, albeit flawed.

When it came out in 1986 in Japan for the Famicom, that was still a popular opinion. But by 1988 in North America, standards were higher; games like Mario, Zelda, Metroid, Mega Man, Castlevania, and a slew of other titles had changed video gaming forever.

Activision didn’t care. They released this antiquated title in 1988 and oh boy, is it bad by ’88 standards.

You play as the Ghostbusters (not their in-movie likenesses, just non-descript people in gray jumpsuits) and you must capture ghosts to buy equipment. When you get enough equipment, you can enter the Zuul building and climb up to fight Gozer and save New York.  This involves going to different in-game locations, trapping ghosts, making money, buying new equipment, and preparing to attack the Zuul building (LMAO) and save New York City.

Sounds solid, right? However, this game sports mediocre graphics and the same droning Ghostbusters song the entire game. The sound effects are grating, and oh boy the controls… not even counting the end sequence, they’re slippery and awful, but that end-sequence in the stairwell is one of the most brutal parts of any game in video game history, it’s not fair at all, and they must have been smoking that good-good when they ok’d this.  I cannot believe how insanely difficult they made this section; what were they thinking?  When professional speedrunners have to grind and train just to beat your game, you done messed up, Activision…

Luckily, the speedrun (utilizing the Japanese version) allows a runner to use a glitch to overflow your health. This means that you can just mash your butt off and get up the steps, which you must mash A and use the D-Pad to climb. Even WITH this glitch, this sequence sucks, and this speedrun is an awful marathon of boredom, book-ended by a mash fest and a stressful boss fight.  This game is such a disappointing missed opportunity, full of lazy design, questionable decisions, awful graphics and presentation, a story and game premise that barely resembles the film its’ based on, and one of the hardest levels in video game history. 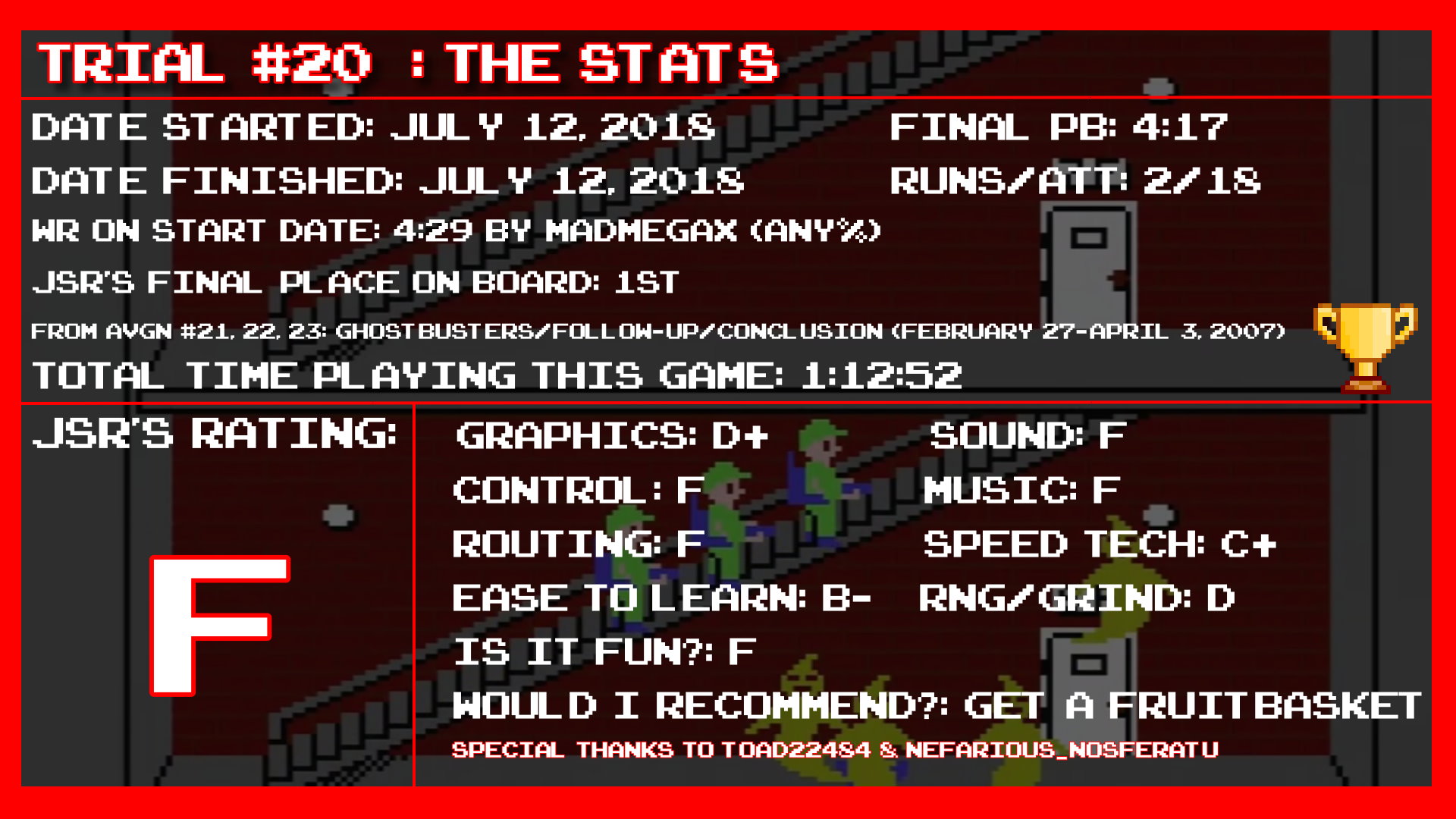