20. Spider-Man: Return of the Sinister Six

Have you ever played a game that frustrated you, but not for the reasons you’d think? This game, man. This game could have been good. No, it should have been. I mean, of course, it’s Spider-man so it has that right out of the gate. The graphics are ok, the music is ok, the controls are… ok they’re pretty bad, not gonna lie.  The jumping feels awkward, as if you’re being pushed and pulled away from the ground by forces other than gravity.  The webs are lame, the webswinging is awkward, and Spider-Man has no i-frames, meaning he can die almost instantly!  It’s really a shame; with a few physics tweaks, control tweaks, and a little polish this game could’ve been Amazing! Instead, we got Spider-Man 3 levels of meh.

The speedrun doesn’t really add much, but does tweak some strats, specifically in the boss fights with Sandman and The Vulture, and in the dark room area with the claw guys (I just called them Zoidbergs). The boss fights, for what they are, aren’t the worst thing ever, even if they’re a little underwhelming. Consider what you got in games like Mega Man, Zelda II, Castlevania… this game came out after those. There was no excuse.

Well, we all know WHY this was. This was a product of the shit rainbow, LJN. And this was peak LJN here. This is a terrible game casually. The speedrun is below average, but there’s worse games to run, in my opinion.  I’d suggest staying away from this one, but Spider-Man fans who run NES games might find something worth a few days’ work here. 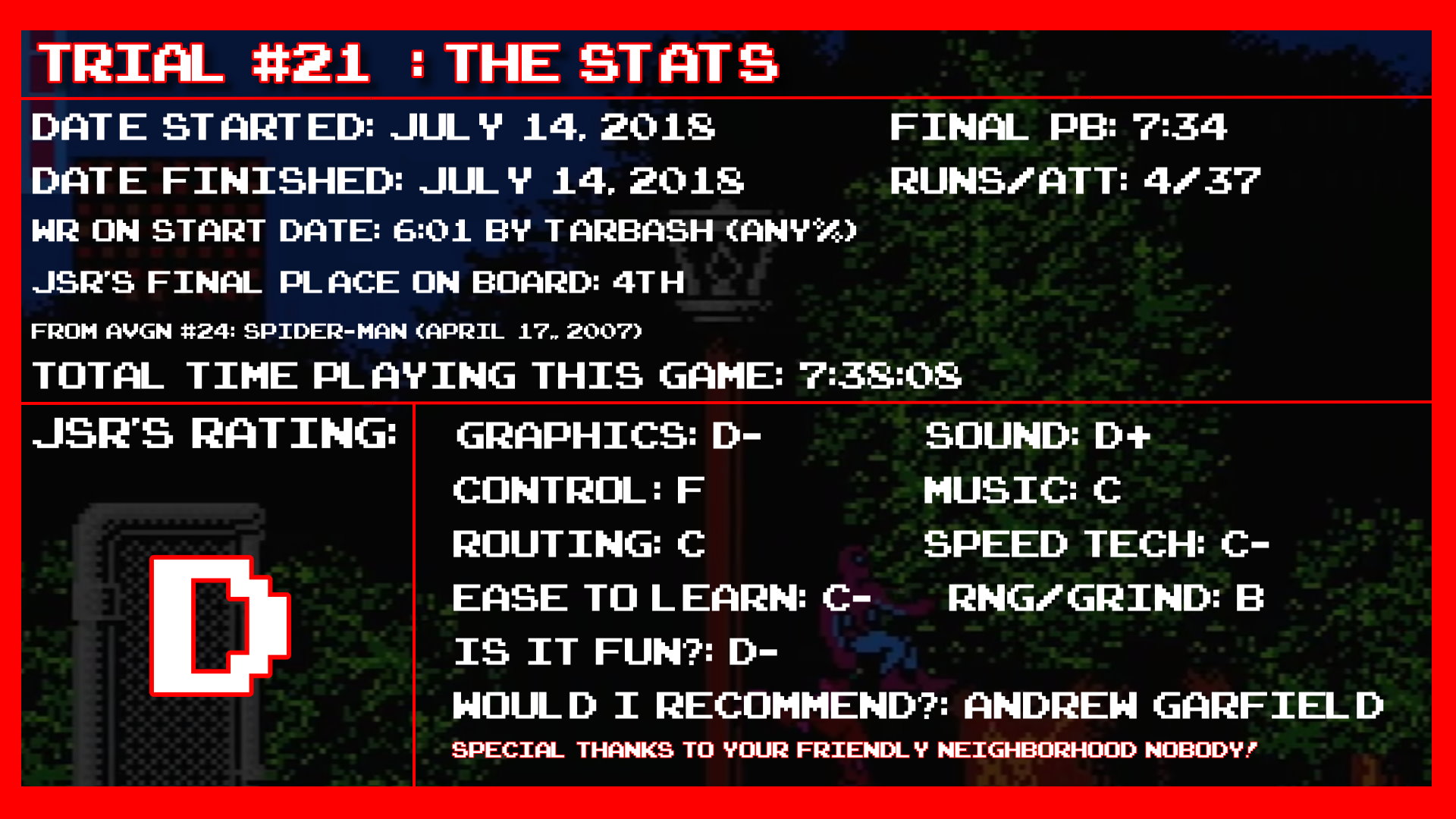