The saying is known throughout gamer circles, young and old. Those classic NES games, man. Some of them are “impossible”. We call that “Nintendo Hard”. Now, there’s a good chunk of the games that get referred to as Nintendo Hard that are honestly not as bad as others: Double Dragon, Contra, Ninja Gaiden, Zelda II, Ninja Turtles. Sure, they’re hard, but you can beat them with patience and perseverance. And then there’s the rest: games so hard that only a select few have even done it.

One of those games is certainly “Silver Surfer”, although this game intimidated me a lot more going in than it did coming out. My goal coming in was just to beat the damned game, but as I practiced and learned it more and more, my goal near the end was different: I was a shark smelling blood, and I knew I could get the WR.

In all my attempts one thing was crystal-clear: to beat this game, which honestly has lovely graphics, amazing music, and responsive controls (all in a badly-designed, unfair package), you’d have to stay powered up. Do that deathless, and you’ll have a shot. In my PB, I had one: deathless AND fast to the final boss! I had the weapons, and I had about a 5 second window to do it in.

I choked. Ran right into the boss.

There are moments I can recall in my speedrunning career that have changed how I feel about certain goals, achievements, or contests, and this was certainly the moment my heart snapped in regards to this goal. I felt like quitting the trials, I felt like giving up. Sucking it up, I was able to finish a run and get a time on the board, but I was very dejected here. Luckily for my dignity, my mic and camera were off during this run, so I saved face!

This run is not too bad, actually. Once you know where everything is, it’s an auto-scroller with barely any time saves, but there ARE strats: hoard those bombs and spam them at bosses. Perhaps someday, I’ll return to the game the Follin brothers graced us with their amazing soundtrack with, and give it another crack at the record. But in this instance, I now look at that time with pride: I overcame my urge to quit and I pushed forward.

And I proved it to myself: although I did not DO it, I proved that I can. And that was the true challenge. 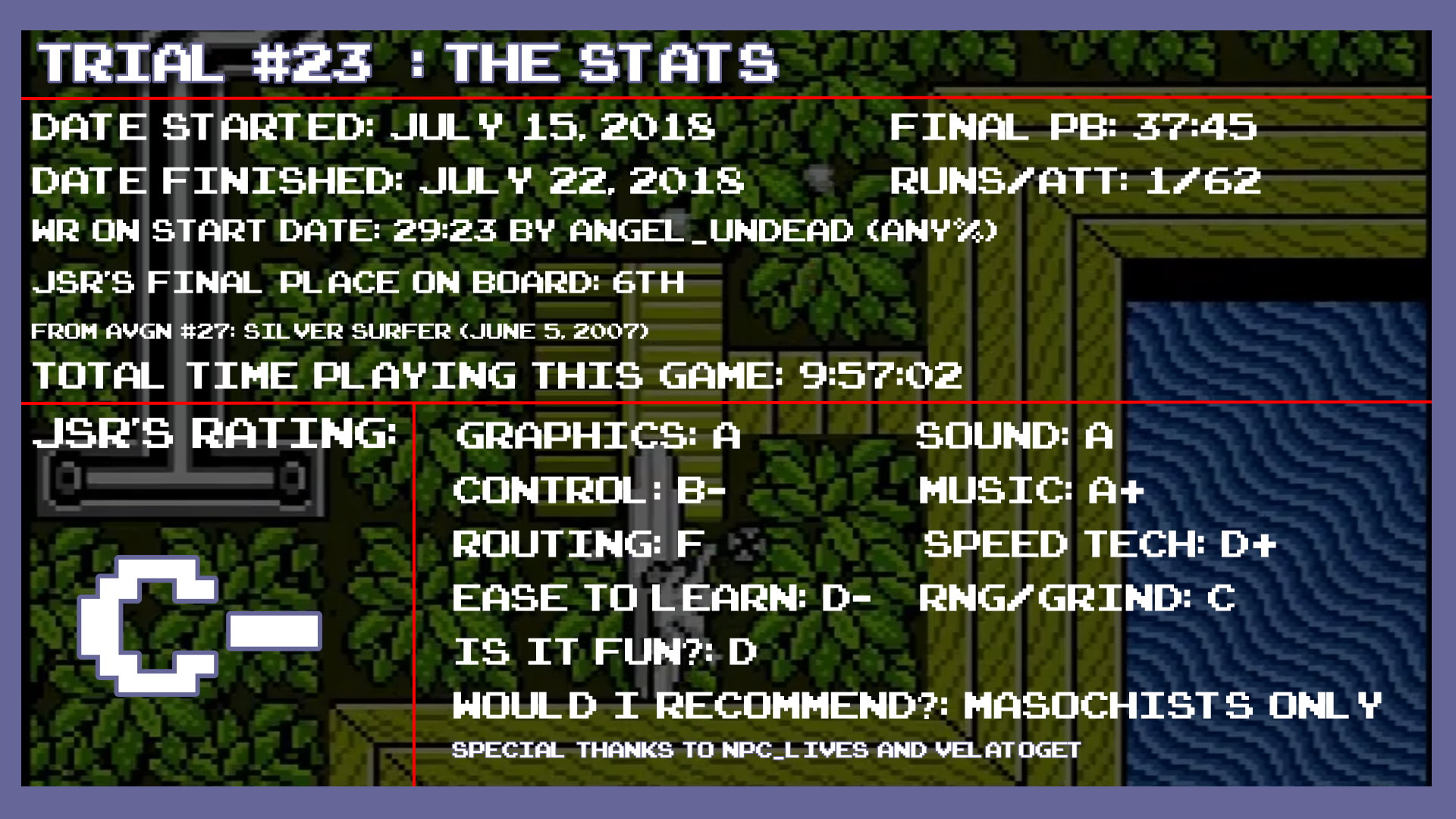