Sure did! See the video above? People were stunned by this, but that was one of my favorite points of the trials: the AVGN reviews a lot of games, and they’re not always “A shitload of fuck”. DuckTales is one of the best games on the NES, and could be made an argument for one of the best platformers of all-time. Fluid framerate, solid and responsive controls with creative mechanics, great graphics, one of gaming’s best OSTs. The ONLY thing that holds this game back from being the best speedrun on the NES? Honestly? The game is too easy!

You play as good ol’ Scrooge McDuck in this NES Classic, and you are tasked with finding treasure in 5 areas around the world… and even beyond!  Once you retrieve them, you must defeat Dracula Duck and become the richest duck in Duckberg!  (I think that’s the story?) With gorgeous graphics, amazing music with one of the best songs in video game OST history, tight and fluid controls, and a fun setting with amazing gameplay, DuckTales is one of the best games of all time, and is a rare licensed game on the crap-filled NES that is not only good, but outstanding even!

This speedrun has routing, it has tech, it has fun! You can play any of the 5 levels in order, but the speedrun starts with the moon first, because there’s a moon skip that allows runners to skip getting the remote control. However, this trick involves a precise setup, and is hard to pull off, so most runners do Moon-first so they can reset earlier. After that, however, the run is pretty much glitchless, which means the skill level is high.  There’s some tough spots, such as helicopter skip on the Amazon level, the ceiling glitch in the snow level… and some of the bosses require pinpoint precision and skill to beat quickly.

The Nerd barely had anything to say bad about this game, and his points were honestly invalid, meant for comedic purposes. This is one of the best speedruns, and one of the best games, of all time.  I highly recommend this game to anyone looking for a tight and easy-to-run speedruns on the old-school NES.  Give it a try! 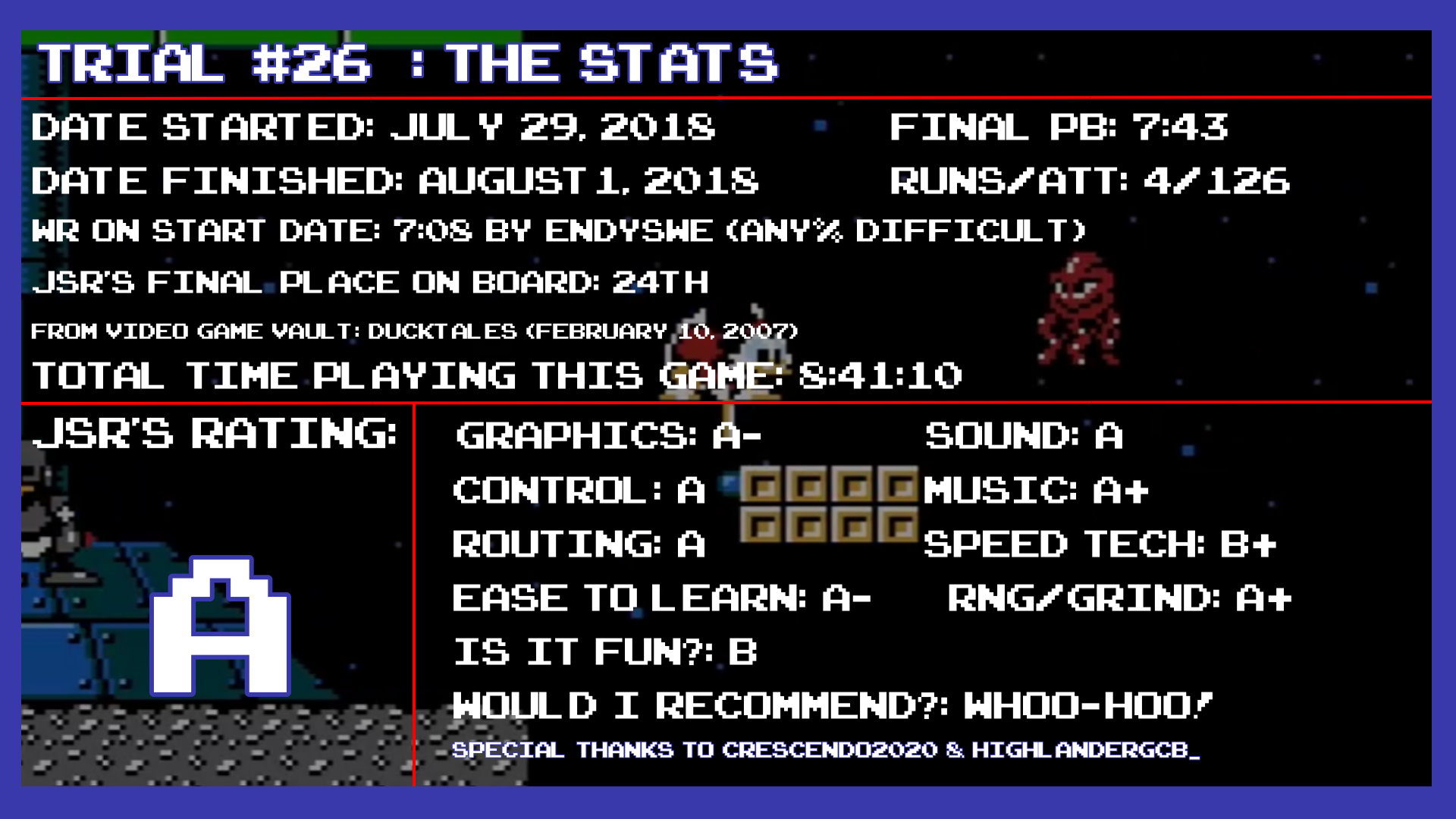