27. The Simpsons: Bart vs. the Space Mutants

From the Penthouse to the Basement. There’s a lot of games AVGN reviews that he exaggerates flaws in, or makes things up for, all for comedic value. Not here, though; this is a terrible game. The subpar graphics, awful sound effects, repetitive music… all hold no candle to some of the worst controls in video game history. Paired with extremely difficult and precise platforming leads to one of the most frustrating experiences on the NES, and one of the most stressful speedruns I’ve ever learned.

Bart must turn all the red things purple… take all the hats… pop all the balloons… shoot all the exit signs… collect nuclear pieces. Stop me if that’s all you know of this game, and that sounds ANYTHING like The Simpsons. You start in Springfield, and at least THAT level reminds you of the show: you can prank call Moe, you see characters you recognize, and locales that are from the show. Once you pass Level 1, however, there is almost ZERO connection to the show until you reach the final level, the nuclear plant. There, the entire Simpson family helps Bart to finish.

In the speedrun, you basically just get exactly what you need to finish the game and go. There’s no fancy speed tech, with the exception of a skip in the circus level. Doing this game fast is like trying to brush your teeth while riding a 4-wheeler up a cliff, or like trying to floss your dog’s teeth while you’re running alongside him: it’s way too precise to be this difficult. This game sucks, this run sucks, and the ONLY thing it has going for it is nostalgia. 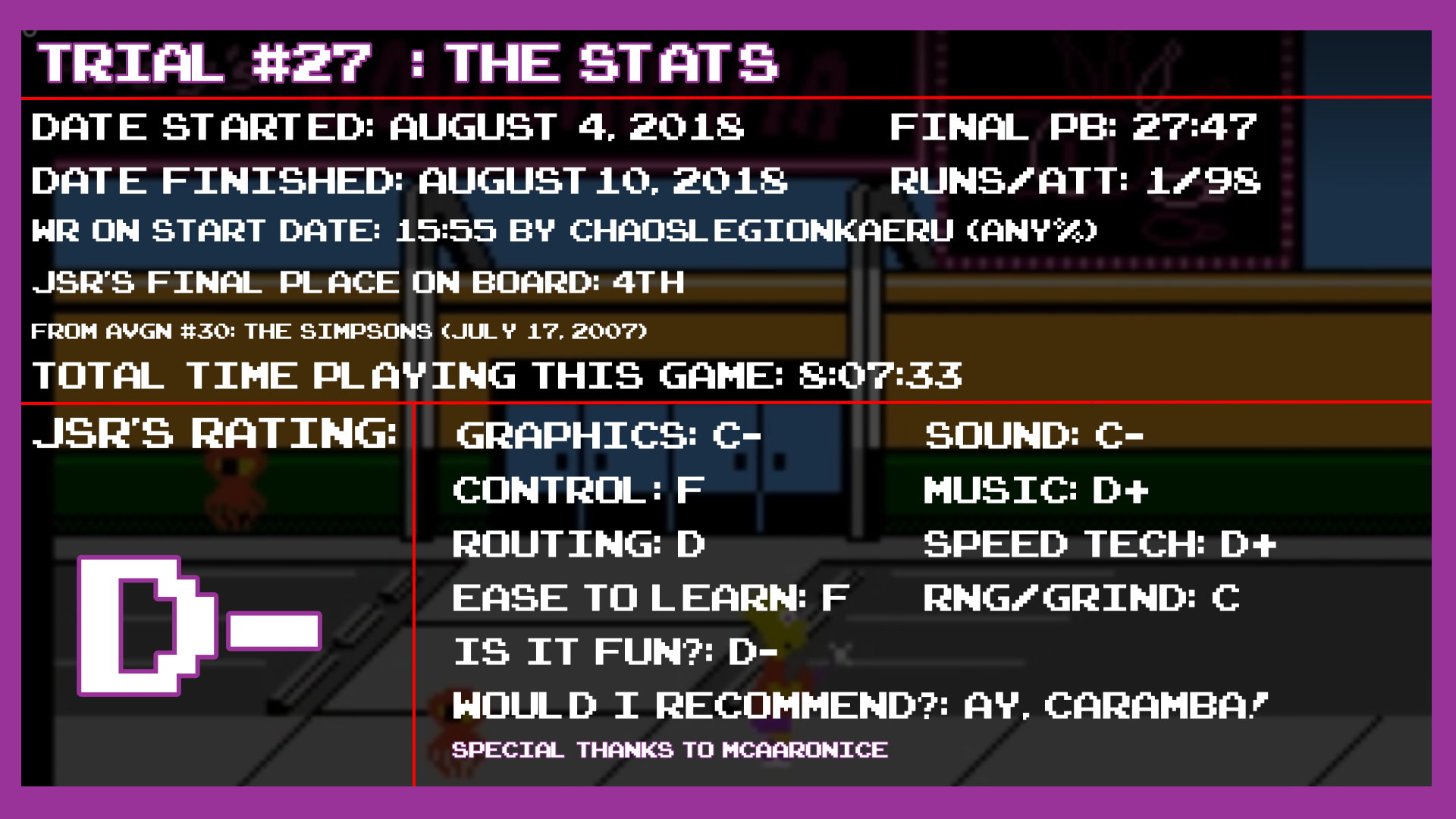