There’s a theme with the AVGN Trials I have noticed at this point: not every game the Nerd ever reviewed is a good watch. Of course, there’s the good games… and then there’s the games that are “so bad that they’re good”.

And then there’s games like this. Yawn. Freaking yawn.

A choppy, stuttery frame rate with average graphics and sound (albeit decent music), simple gameplay, and stiff controls all make this overly-simple and overly-repetitive platformer a yawnfest. Your job is to get Bugs from A to B. But of all the stages in this game, which are almost all way too easy, there is little variety, nor any reason to explore. The uninspired level design is more of a chore than a joy.

The framerate in this game is stuttery and an oddball of the NES library. It hurts my brain to think about it. Gone is the smooth-scrolling that the NES is actually known for, replaced by something that we used to see on early Amiga computers. It’s awful. Makes it hard to watch, let alone play. And lest we forget the speedrun, which is boring, has zero tech, and is… you know what? This game doesn’t even deserve more than this final blurb:

This game is so mediocre that it doesn’t deserve to exist. It has NOTHING going for it. It’s not the worst game on NES, but in this case, maybe being worse would’ve made it better. 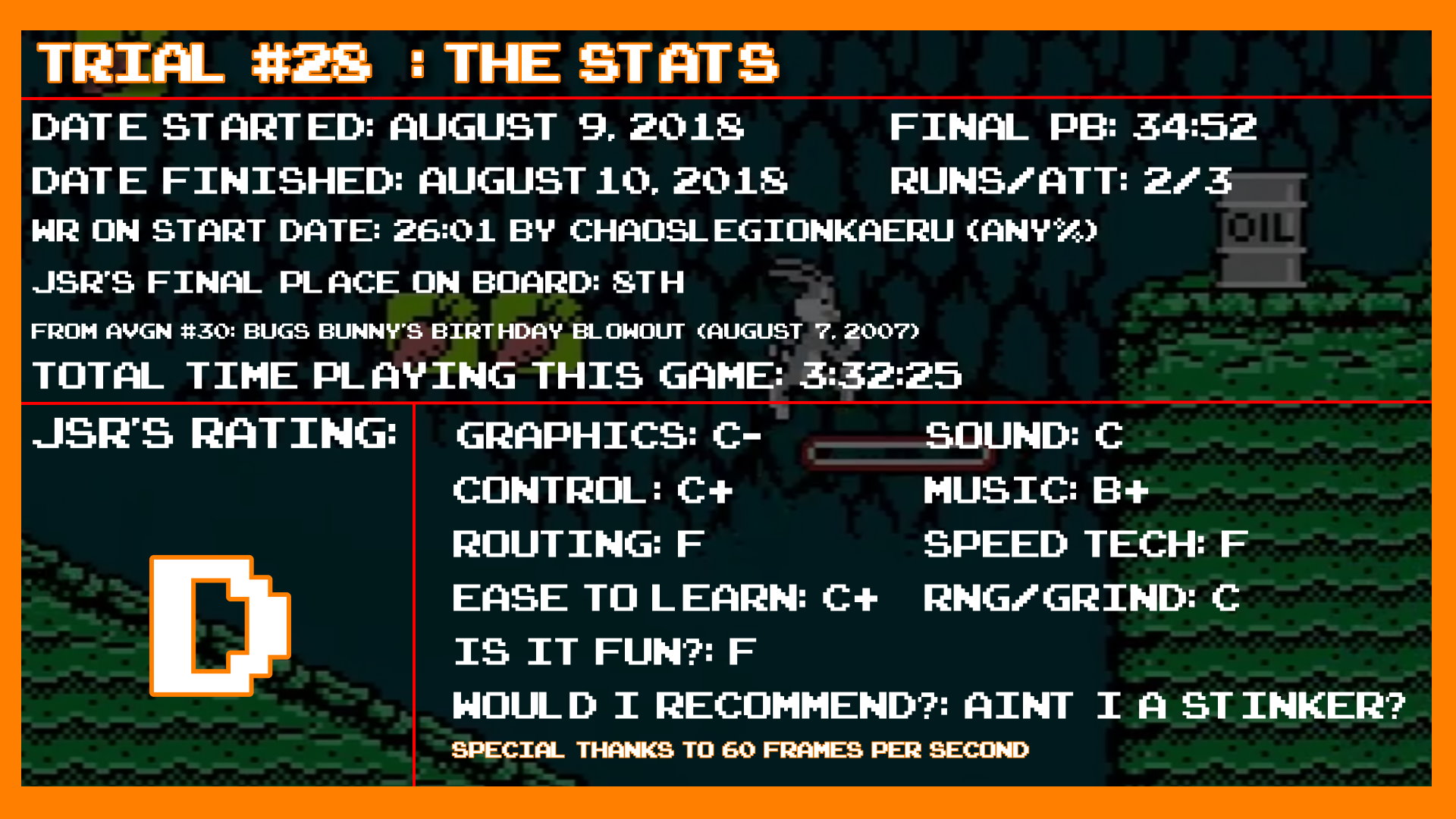