Ever played Zelda II?  I’m willing to wager you have, if you’re here.  You’ve at least tried it.  If not, you should!  It’s not a bad game at all, and has an unfairly bad reputation. Surprisingly, there weren’t a ton of games that tried to capitalize on Zelda II’s formula, but of the few clones that existed, there was one that was more egregious and shallow than any others, and had nothing to hide.

Rambo beat the US version of Zelda II to market, but was developed long after Japan’s FDS version had come out. The influence is obvious: Rambo is a side-scrolling Metroidvania-esque platformer. You must navigate through all sorts of environments, fighting all sorts of enemies from soldiers to snakes. And bats. And gorillas.

Yeah, see… the problem is that Rambo tries to follow the movies too closely in some aspects… and then gets rather sloppy and takes liberties with others. And meanwhile, you only get to attack with a knife for the majority of the game. Yeah… casually this game is not very fun, I’ll tell you that much.

That being said, the speedrun is pretty good! Though there isn’t a ton of routing here, there is some nifty clipping tech and getting through the enemies without getting hit is actually not a totally boring experience. Though I wish there was a bit more bang for your buck, this isn’t a terribly hard run to learn with some maps or knowledge of the game, and is a fun watch for your viewers, as well!

(major shouts out to twitch.tv/rayquaza911 for his help with this trial!) 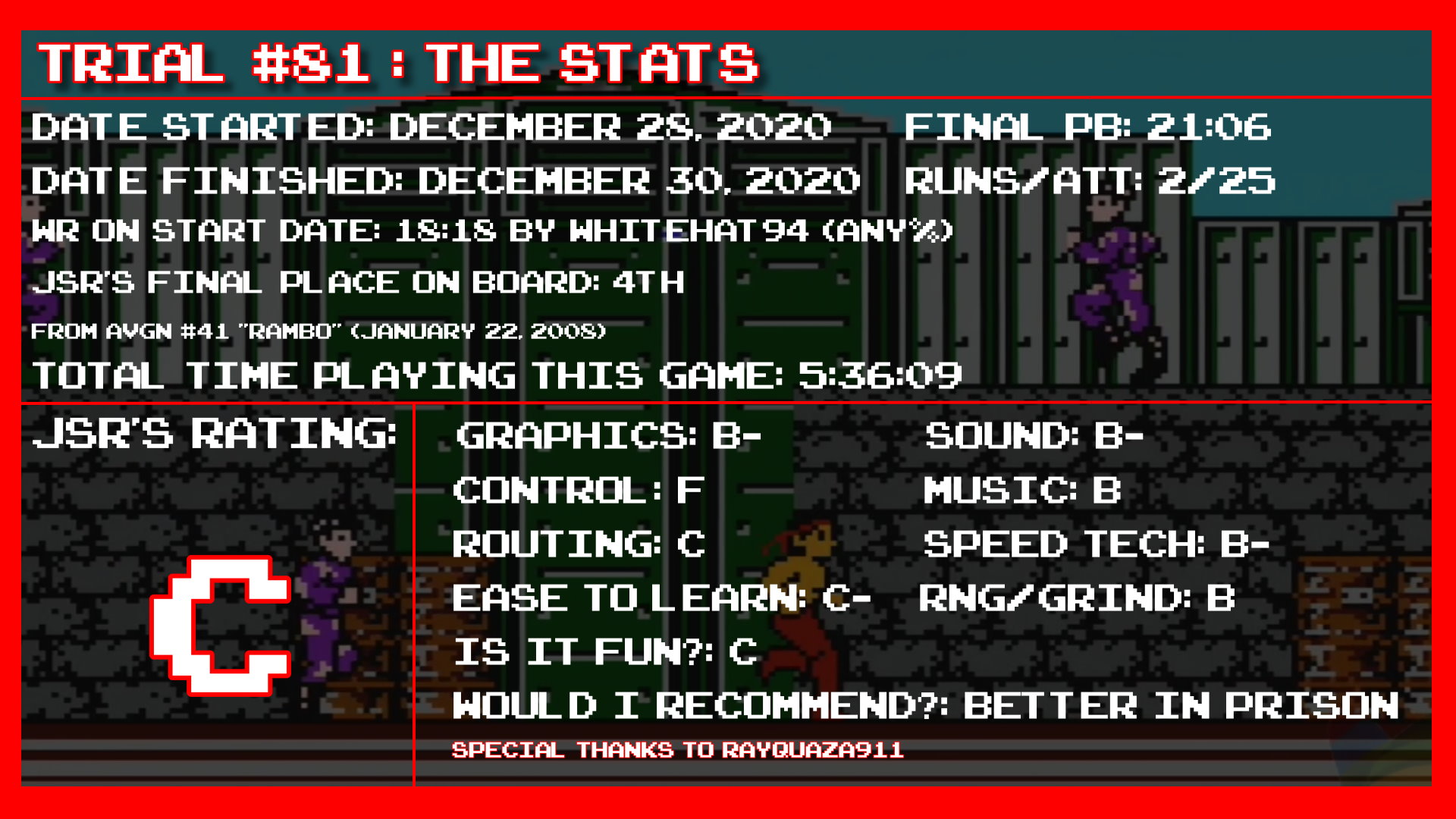