(Note: for this themed episode, I only considered games for Nintendo’s Virtual Boy)

Most folks think of nothing good when you mention the Virtual Boy to them.  However, I beg to differ.  By no means will I be the first person to stand up and say “The Virtual Boy was a hidden gem!  How dare you!”  However, there are good games here.  Teleroboxer, Jack Bros, Mario Tennis are just a handful of examples.  Of course, there’s only a handful of games here in the first place, so saying that a game is the best of the crop doesn’t amount to that much, unfortunately.  That being said, Virtual Boy Wario Land is a great game, and doesn’t deserve to be shoved into a corner and forgotten, as Nintendo has done.

This is not the best game in the franchise, but it is certainly a good one!  Amazing graphics for the Virtual Boy, combined with tight-as-a-glove controls and catchy tunage, make this game a pretty remarkable platformer for any console, let alone Nintendo’s notorious flop.  It’s a shame, really, that they never brought this game out on the 3DS Virtual Console, or re-released it in any form (as of this article).  Hopefully, they rectify this in the future.

Wario is greedy, and greed is good.  Let’s get money!  ….right?  Well casually, that’s the idea: find all the money and become rich.  In the speedrun, however, you can just zip right by all those shiny goodies and just beat each boss, becoming the saddest, poorest Wario to ever GG.  Being quite honest, that really hurts Wario Land here, as I believe what is an elite experience casually becomes rather mundane as a speedrun: it’s barely above-average as a platforming speedrun.  Large portions of the level never see the light of day, and on top of all of that, there’s no speed tech or routing options here; this is a linear and by-the-books speedrun.

Needless to say, I was disappointed with my experience with this Trial.  Not that it was a bad trial, not at all… but I expected more.  Meh… 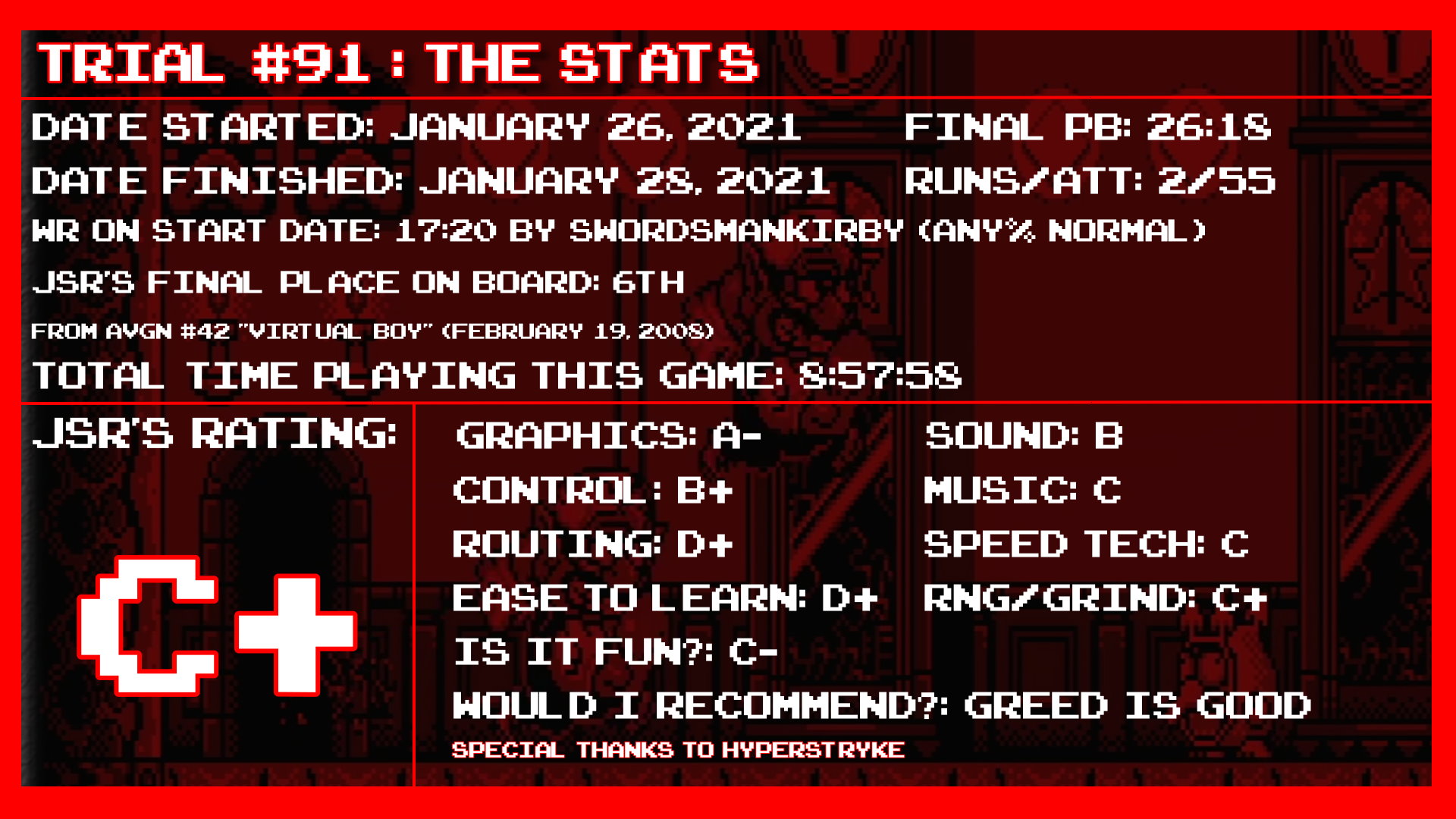