View “Any% Warpless” leaderboard on speedrun.com

Some games are amazing speedruns that start off awfully. Others are runs that seem really good at first, and then quickly become a chore or annoyance. This game leans towards the latter. As much as this game holds a near-and-dear place in my heart, and make no mistake: this is a great game, this speedrun knows exactly how to get under my skin.  The amount of RNG in the Hammer Bros. (which, especially in World 3, can decide large time losses) and in the hands in World 8 (which tragically played a role in my PB), combined with the vast amount of eaten inputs and technical execution required to run this, meant this game just barely misses the top tier of NES speedruns, in my opinion.

The Nerd did a very comical take of this game, but he wasn’t far off: this game is evil to speedrunners.  So many times I came close to a good run, the sub-hour run I wanted, only to come up just short for one reason or another.  In my Personal Best, I was there, man.  I won’t spoil (watch the vod if you want to see the outcome), but I had enough, which is a shame I’m even thinking this way.  I want to love this run; this is such a great and fun speedrun!  Amazing music and graphics, tight and responsive controls (when they aren’t dropping inputs) and fun routing options make this a run that, for the patient speedrunner, you might find is the perfect run for you.  It was almost the perfect run for me, but comes up just short.

That being said, I definitely want to return to this game at one point or another.  Perhaps not for the trials per sé, but someday… this is a game I can highly recommend as an execution-heavy, high-ceiling and competitive run.  Far from the worst game in the Trials, this is a classic and an amazing game! 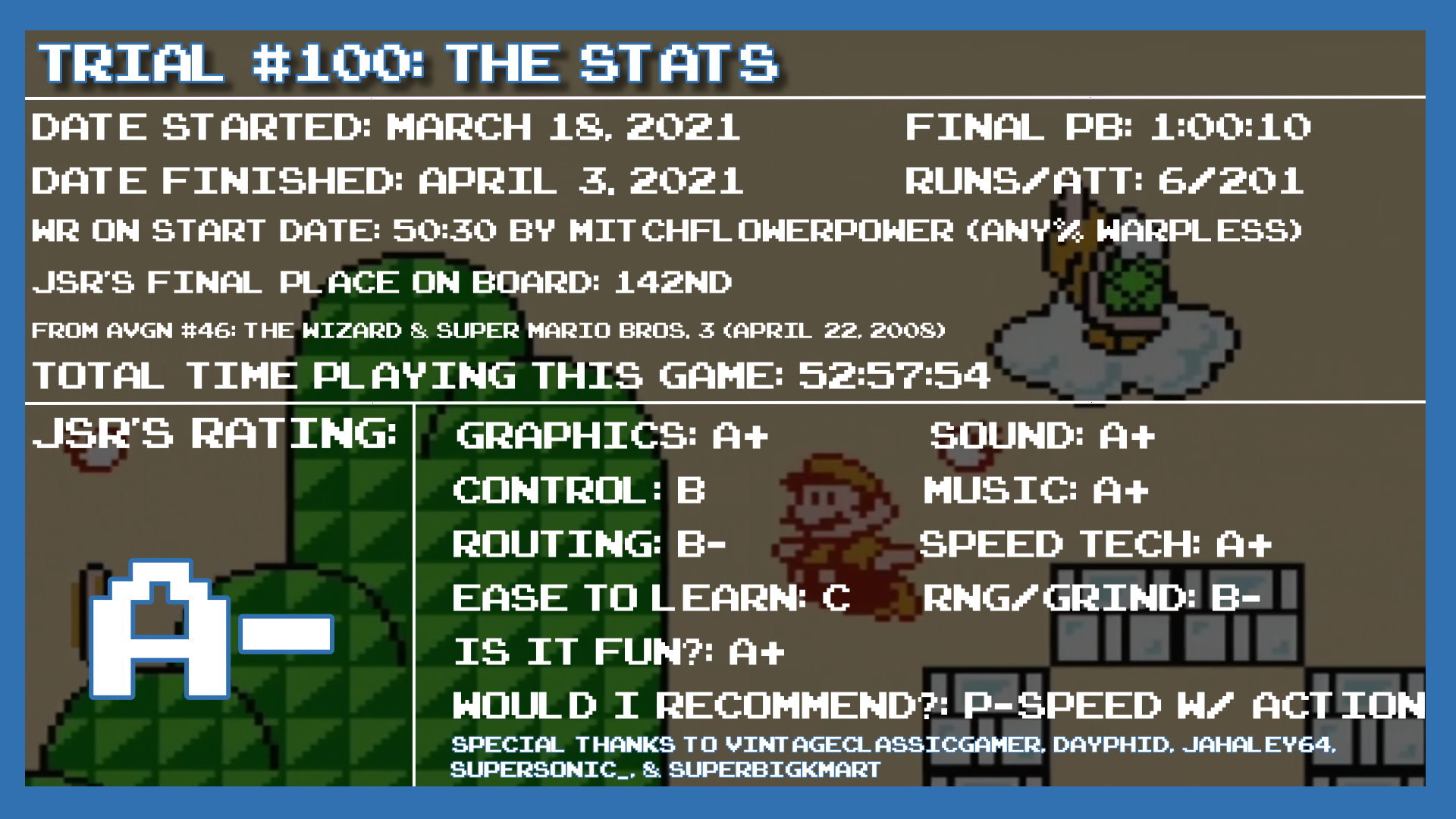