46. Indiana Jones and the Last Crusade

Indiana Jones and the Last Crusade (1993, NES) by Ubisoft

Ubisoft should be retroactively ashamed of themselves. Like, they should give out refunds.

THIS GAME CAME OUT IN 1993! IN NINETEEN HUNDRED AND NINETY-THREE! A YEAR BEFORE DONKEY KONG COUNTRY! TWO YEARS BEFORE THE PLAYSTATION!

I have never seen a game so unambitiously awful, so obviously done just to be a cash grab. Other than Indy’s animations, which are smooth, I have nothing good to say about this game. Stiff and unresponsive controls, AWFUL GRAPHICS THAT LOOK WORSE THAN MOST SUPER GAME BOY GAMES, awful sound effects, and the same droning song playing over and over, all over an uninspired and boring landscape in probably one of the worst games I’ve ever played.

How the hell did they release this and sleep at night? This game is so bad I wouldn’t play it as a loading screen game.

The speedrun sucks too. Boring fights, dumb routing, no speed tech. Steer clear of this one. You’re better off speedrunning Color A Dinosaur. 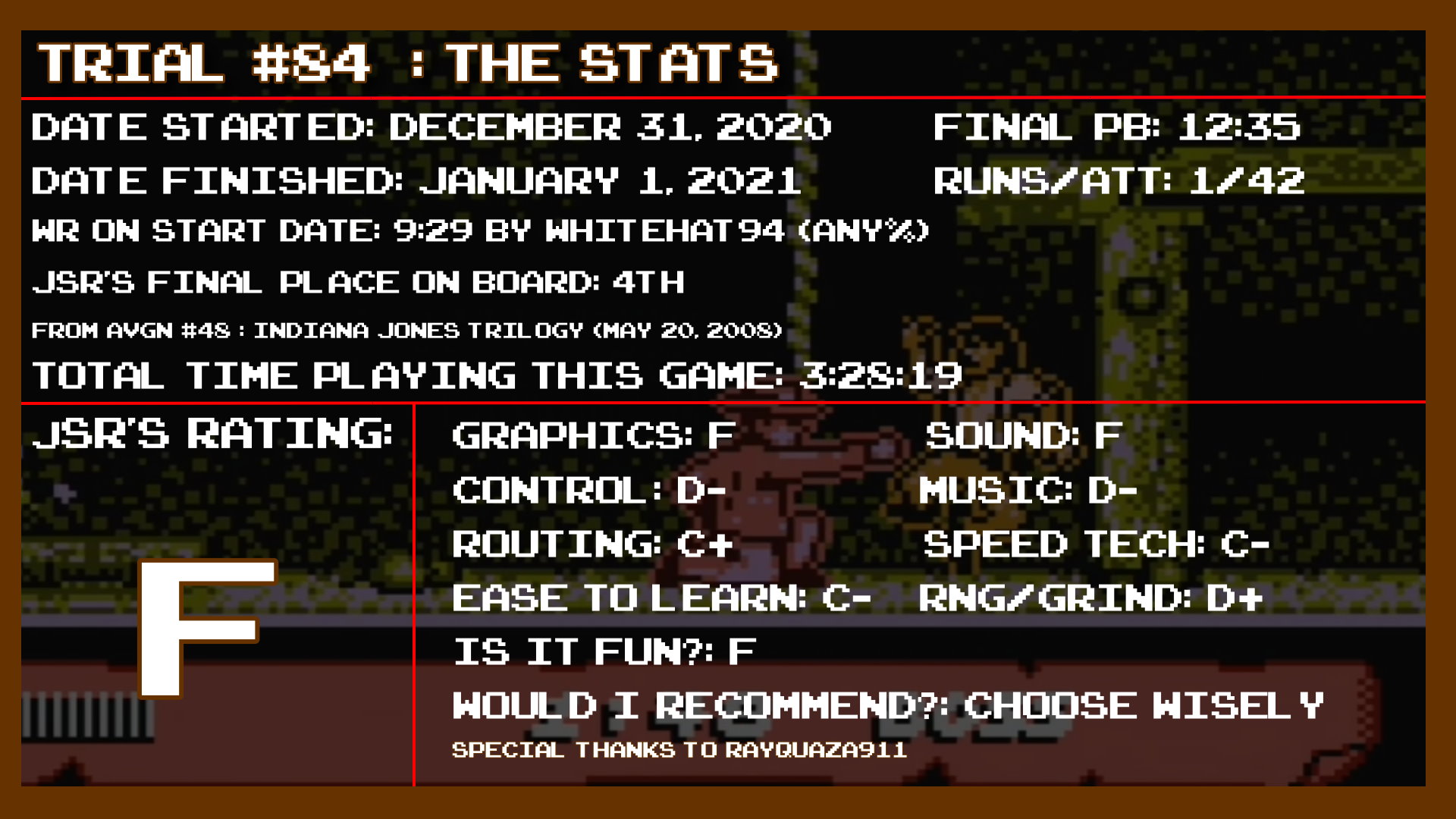