These are the trials of the speedrunner, JSR. His multi-year mission: to explore strange new speedruns. Games released by Ultra in 1992 on the legendary “Star Trek” franchise. Games that take chances with creative gameplay designs, true to the source material with a deep storyline, amazing graphical representations of the characters, and very nicely-done renditions of the music.

To seek out new skips, speedrun strats, and routing options. Games that might have some of these, but are hampered by boring stretches of walk-get item-walk-get another item, all following a terrifying first level where no man can survive even more than a few hits, no matter the color of his shirt. A long and boring speedrun, one in which JSR could just get it done and move on. Filled with stiff controls, uninspiring enemies, and levels that blend together despite their premise.

To find a decent game casually, but a boring speedrun? Perhaps, but the crew of the Enterprise brought their A game.

To boldly go where no one has gone before? Only those with more patience than JSR can say for sure. 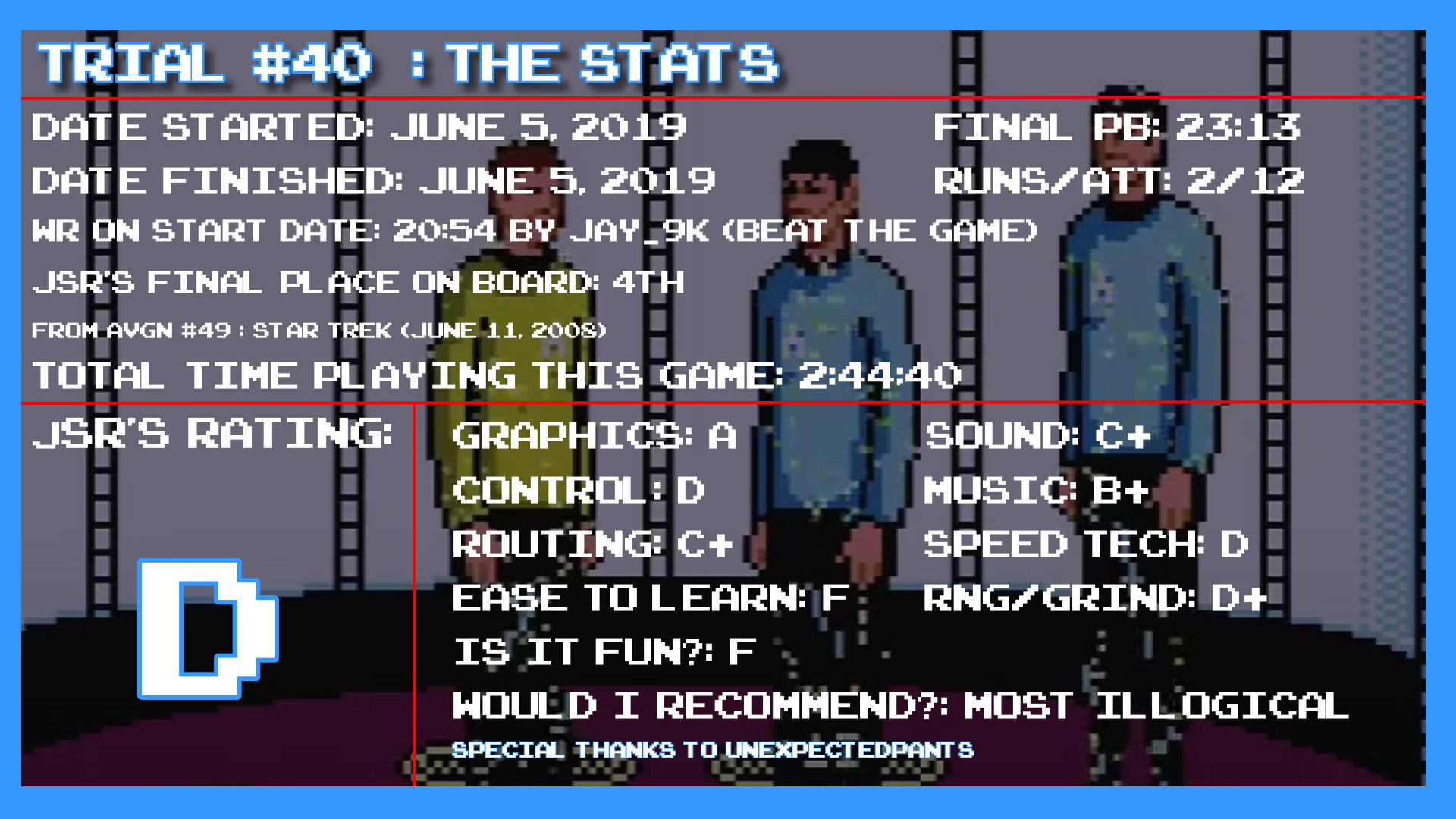