GAMES FROM THIS EPISODE OF AVGN:
–Superman (NES)
-Superman (Atari 2600)

Funny how sometimes, RNG can make a game simultaneously annoying as all hell to speedrun, and yet very intriguing and engaging to try again, and again.  Superman for the NES fits that bill perfectly.  By no means is this a good game (far from it), but the challenge of moving fast involves a lot of luck with precision that makes it oh-so-satisfying when you do execute the things.  This speedrun, fortunately, has an easy learning curve, and is much more fun than it appears on the surface.

The NES version of this game is awful.  As the Nerd says in his episode, the music isn’t the Superman theme, and the character looks chibi.  Well, the Famicom version is the one I chose for this episode, as it has the Superman theme!  However, Superman looks even more chibi in this version… which I personally actually quite like.  It’s an appealing look for him; it reminds me a lot of the old cartoon The Powerpuff Girls.  In addition, the Japanese version allows for the player to choose Clark Kent’s blood type; this alters his stats allowing for a ‘glass cannon’ setup, which is perfect for speedruns (and JoshKeys’ former WR had established as the dé facto version).  So that’s what I did; after about a full shift at work, I was able to nab the WR in a run that was nearly flawless!

This was a fun game, although it isn’t a speedrun for everyone.  RNG is abound, with powerup refills being hard to guarantee, enemy movement is sporadic, and with floaty controls and sub-par hit detection, this is a chore at first, but as time goes on, it becomes more and more palatable.  You can do far worse than this game, that’s for sure. 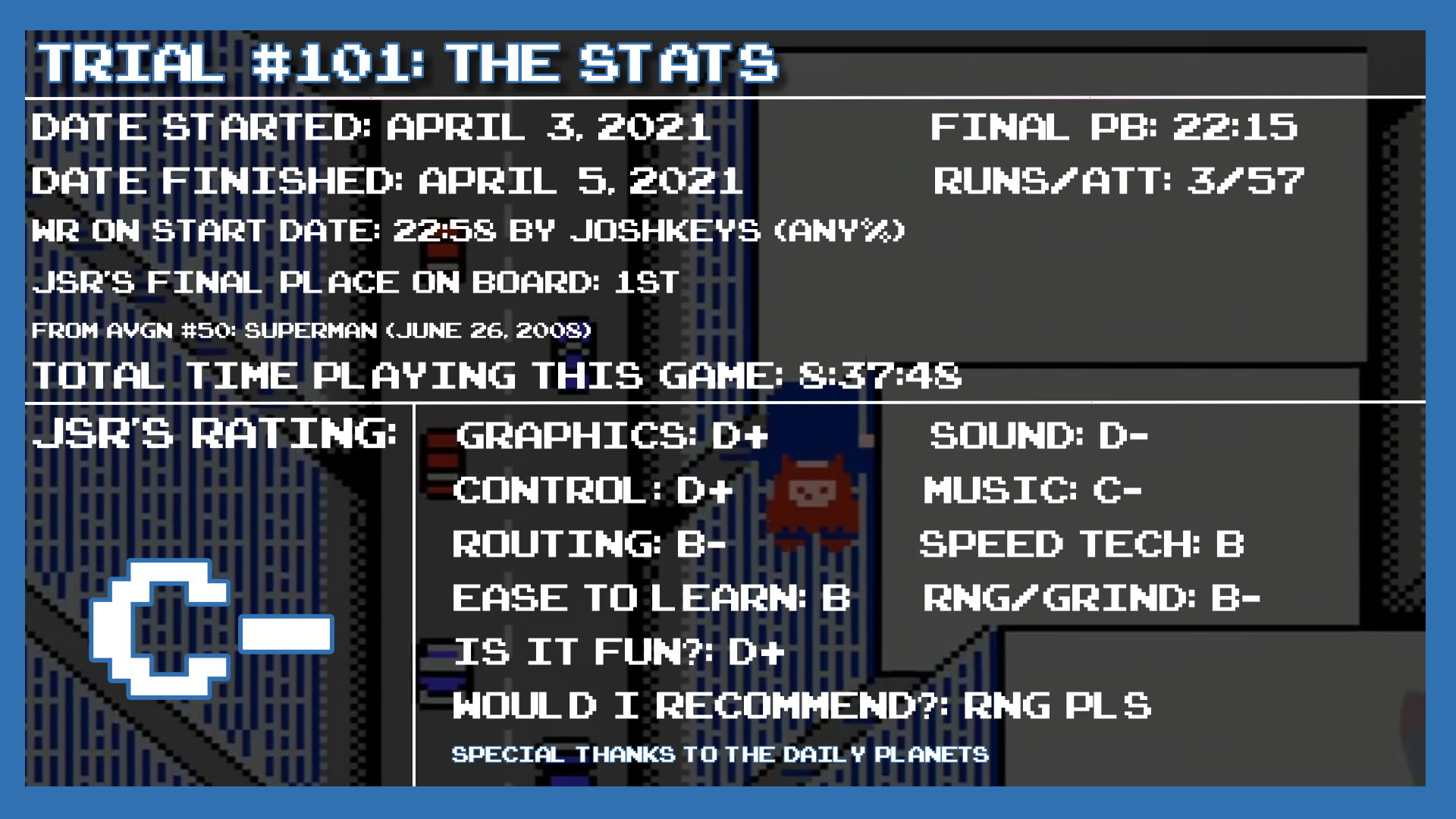