51. Batman: Return of the Joker

I’ve always had a strange fascination with this game, even though I had never beaten it before learning the speedrun, and much less ever spent much time with it.  When I saw the Nerd review this years ago, I always thought it would be fun to play.  Boy, did I underestimate this title.  Though it’s not the perfect speedrun, this game is excellent.  What a fun and underrated NES gem!

Batman: Return of the Joker plays nothing like the original Batman game on NES, and that is not a bad thing in my own opinion.  Though it is odd that you only use a gun, and no other “Bat Gadgets”, it’s still responsive.  Though the jumping can be a little wonky, you still feel in control of Batman.  The slide move is also a little wonky, but responsive and fun.  This game is an oddity in my eyes, as it appears to have no business controlling as well as it does.

This is in my conversation of the short list of best-appearing NES games of all time.  This is a gorgeous game with some amazing music and sound effects.  It’s in my top 3, and Ninja Gaiden 3 and Gimmick both have their work cut out.  Big, colorful sprites, amazing parallax, and cool effects abound.  The enemies have a nice variety and the levels are all different, well animated sprites filling each of the environments.  The music is all danceable and catchy, and well-orchestrated.

If anything, my biggest gripe with this game casually is that it’s too hard, but speedrun-wise it’s almost too easy!  Though at a high level, you have to really nail your movements… it’s still a forgiving game with a great, race-and-marathon safe recovery system all built into it!  In other words, if you spend enough time with this game, you WILL beat it without too much trouble… though that doesn’t change the fact it’s brutal in a casual sense.

I enjoyed every minute of this run.  Despite almost zero speed tech outside of boss battles (and one screen in 3-2), and almost zero routing options (basically which powerups you get), it’s still a dynamic and fun run that everyone will enjoy, whether playing or watching it! 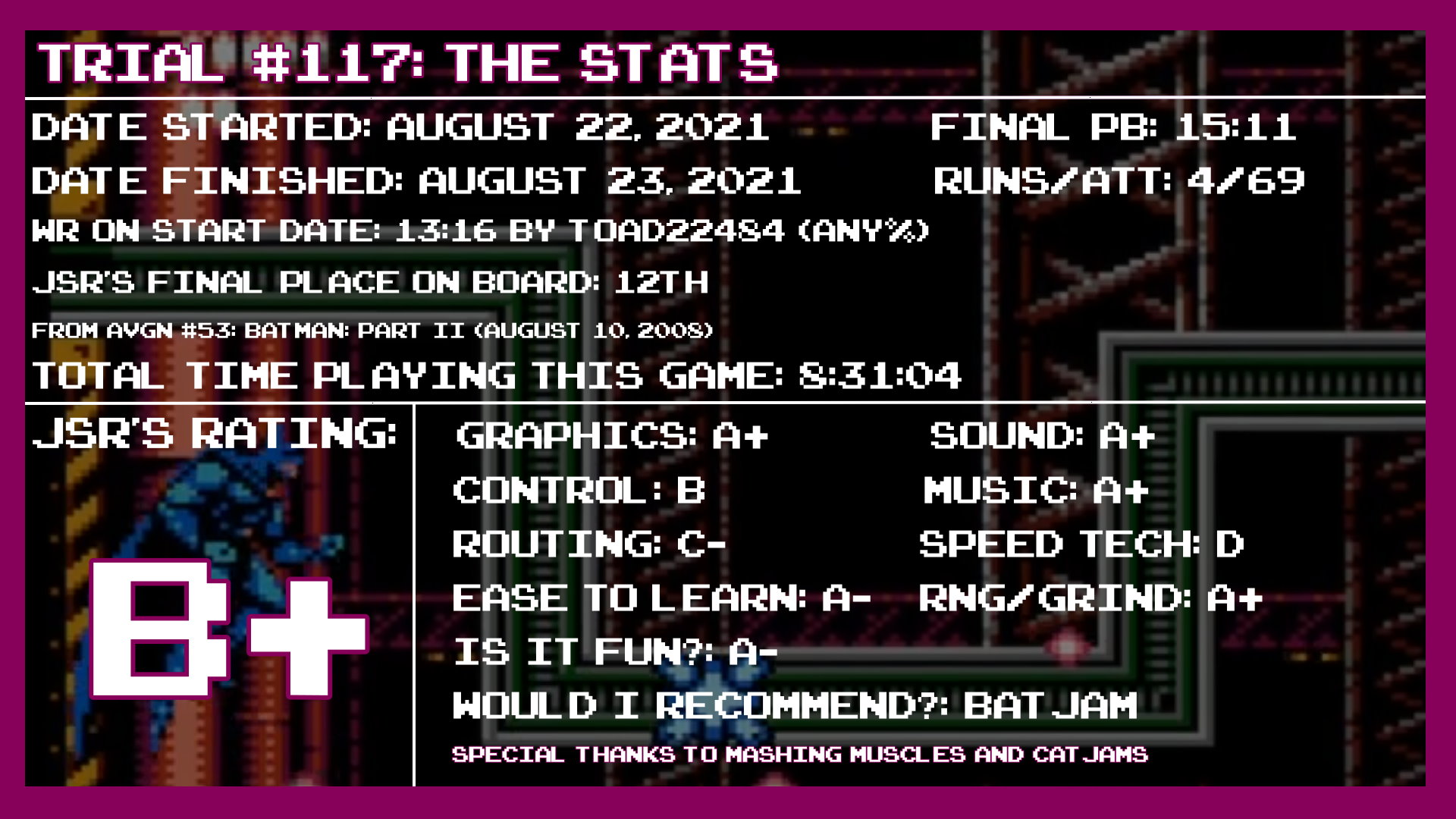