There are games that are hard, that are intimidating, and that are difficult to learn.  And then there’s Battletoads; one of the most notoriously difficult games ever made, let alone NES titles.  This Rare & Tradewest 1991 title is still considered one of the greatest NES games ever made, but man did they make this brawler/vehicle game/platformer a doozy.  Accompanying amazing graphics, music by the GOAT David Wise, and tight controls with many functions, are insanely precise jumps, tough bosses, and difficult sections of the game.  The controls are far from at fault here; they’re tight and accurate.  The hitboxes are fair, the enemies (for the most part) are fair.  Sure, this game is tough, but it really is that: fair!

The speedrun includes some tricky tech that is a blast to learn and master.  Thanks to the tutelage of Jay_cee and tHiAgOcH, I was able to master the hardest ones: Bike Skip and Rat Race Skip.  Bike Skip allows you to skip the majority of the notorious Stage 3: the Turbo Tunnel, which despite being tough is nowhere near as unconquerable as it’s reputation and legend assumes; the skip saves literal minutes which is why we do it.  Rat Race skip saves not only time, but one of the most tedious and annoying sections of the game as well.  This route is a very unique and fun one in this game, and learning it has intrigued me to return to this game to learn warpless someday.

Despite this being a tough speedrun, I never felt like the game was cheating me.  Almost every single time I reset this game, it was my own fault.  That’s such a refreshing feeling in the AVGN Trials, and if it weren’t for this games’ sharp learning curve, I think this would easily be an A+.  As-is, it’s one of my favorite games in the Trials thus far, and I cannot recommend this speedrun enough!  If you fancy a challenge with a high ceiling and a LOT of satisfaction, give Battletoads a try!  Just be ready for a fight… 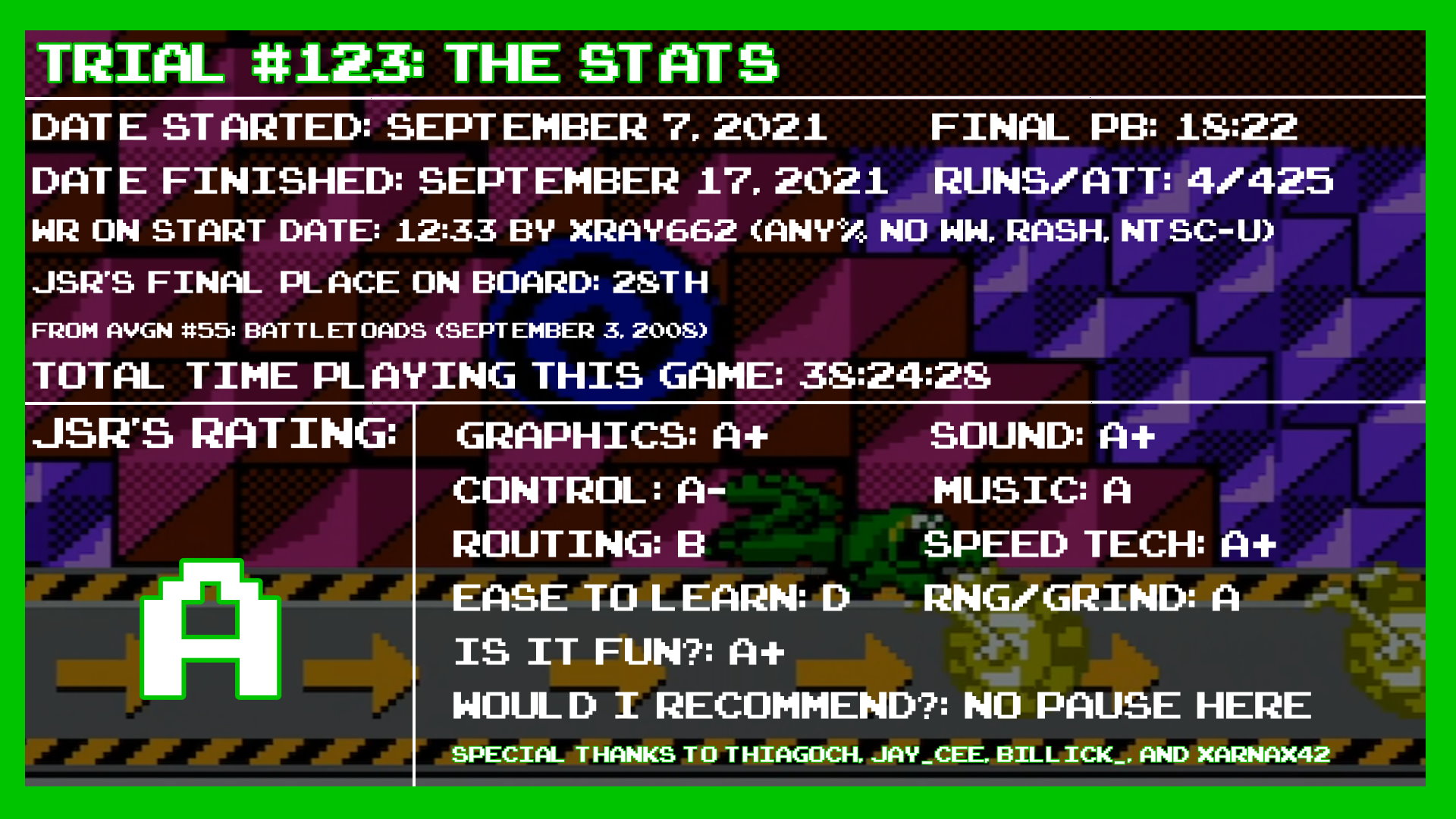