Sometimes the Nerd makes games look bad, and you can totally see it’s for comedic purposes.  And other times, he makes games look average or sub-par, and they end up being the worst thing I’ve ever played (yes I have multiple worsts).  Metal Gear falls into the former category, but it’s funny; it’s kind of hard to tell he doesn’t truly hate this game.  He makes it look really really bad.  And it’s far from bad.  I’d go so far as to say this is an excellent speed game!

1988.  Keep that in mind when I say that this game has excellent graphics, sound, and music.  Snake moves fluidly and accurately, with a variety of weapons and gadgets.  Yes, there are some parts that are quite dumb in their design (the infamous gas mask quirk comes to mind).  But for the most part, this is a masterfully-crafted action adventure (RPG?) game with a stealth mindset.  It’s so unique for the NES, and if you’re like me, and your first Metal Gear experiences were with the 3D games (my first was Metal Gear Solid 2), this captures those games’ essences perfectly.

The speedrun continues with that remark.  A few simple-to-learn and execute glitches give you safeties, but at the cost of precious seconds.  You can get safety weapons too, but at the price of time.  The only knock I really have against Metal Gear is simply this: this is a difficult game to learn properly.  Each and every screen seems to have a strat, and like Zelda 1, if you want a good time in this game, you need to memorize the proper lines to take.  That being said, the execution of said strats is fluid and easy.  This is a speedrun I can see giving a runner plenty of bang for their buck. 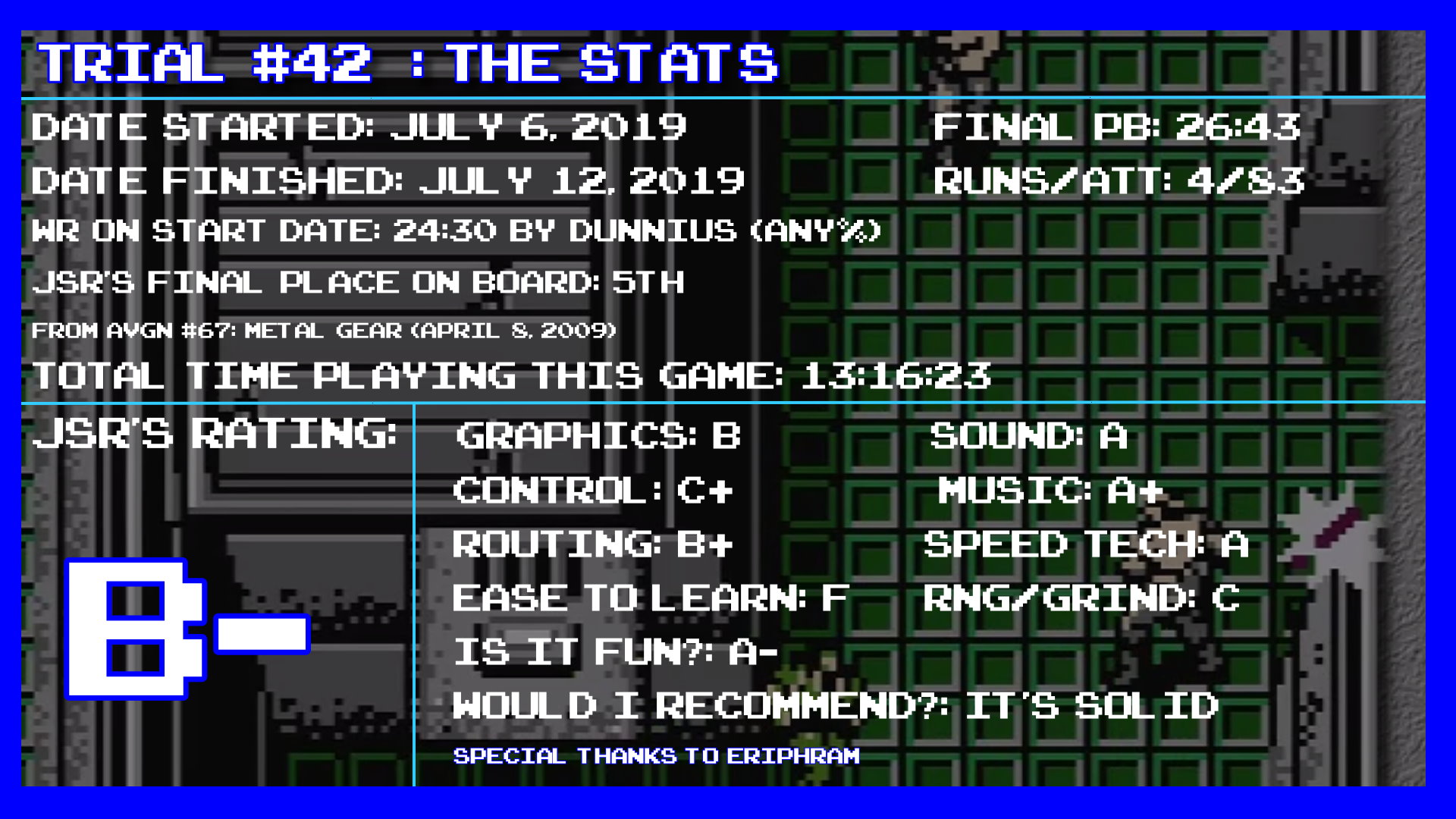