69. The Transformers: Mystery of Convoy

I know it’s totally cliché but I care not: this game was much, much more than meets the eye.  This was a fun speedrun, and despite its’ flaws, I enjoyed this Trial far, far too much.

Transformers: Convoy No Nazo (as it’s known in Japan) was never released anywhere except Japan in 1986, and for an early Famicom game (especially from the FDS era) this game has nice graphics and music, even if they’re repetitive by NES standards.  Keeping that in mind, this game STILL has a LOT of flaws, especially casually; this is a difficult game, one of the hardest games I’ve ever played.  This game is ridiculously unfair and difficult.  One-hit K.O.s with 3 lives, knock yourself out, champ!  So how the heck can I enjoy this so much (I must be a masochist, right?)

Well remember that speedruns utilize practice and RNG manipulation to go as fast as we can, and this game is no exception.  The RNG in this game actually stays the same as soon as a level begins, so using this to your advantage, with a little practice (and a lot of luck and skill) this becomes a very fun, relatively doable speedrun that anyone can learn with practice (and patience).  The controls are pretty solid (a few eaten inputs here and there, but nothing terrible by Trials’ standards).  The songs, though repetitive, are catchy and true to the series.

Honestly?  This is no gem (I’d even go so far as to say this is almost awful casually, despite its’ nice presentation, because of how unfair it can be), but it’s a fun speedrun that is a worthy challenge for any brave soul.  I highly recommend this to NES specialists and people who like an arcade-like speedrun challenge. 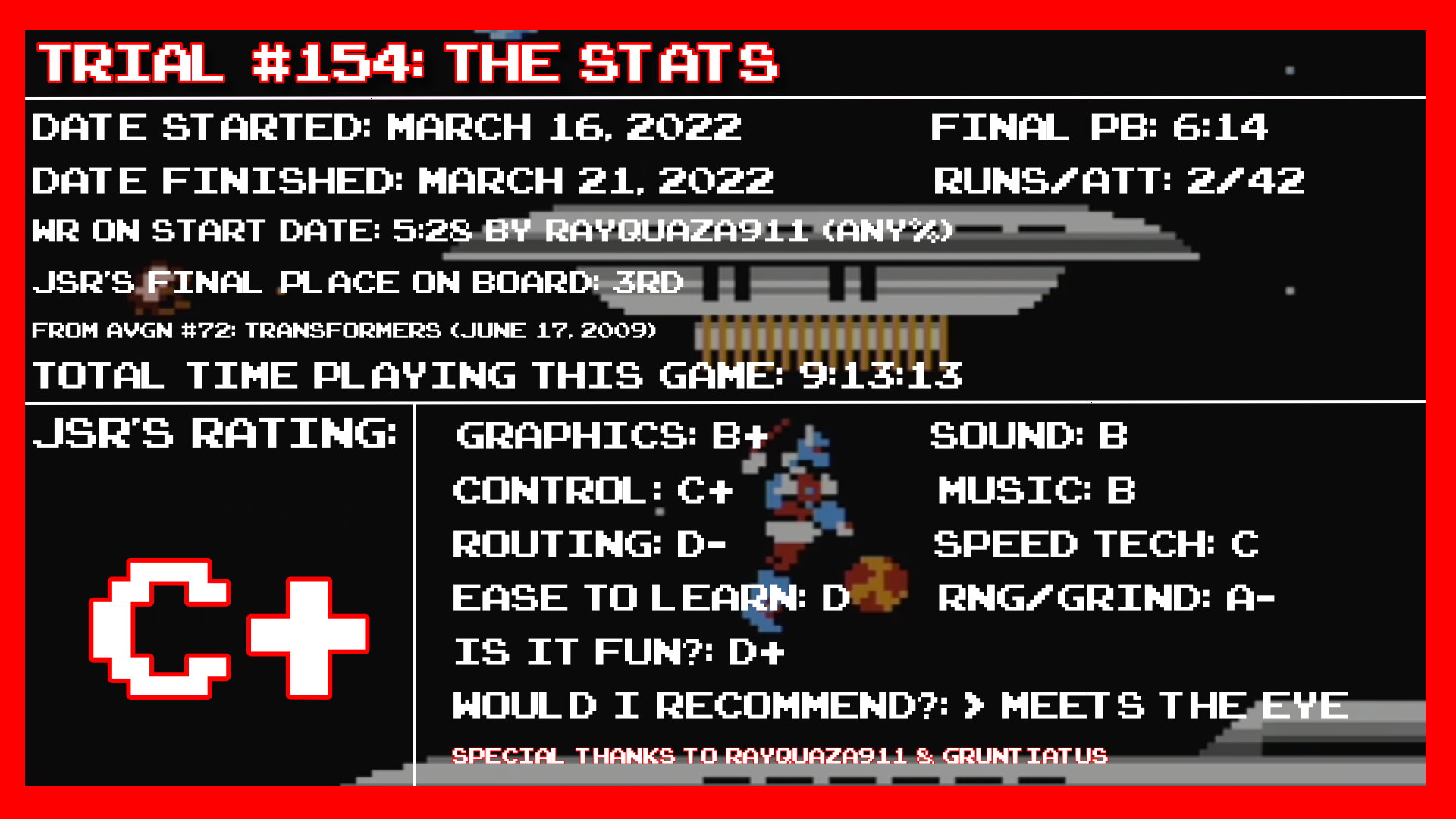