I’ve played at least 110 games that the AVGN deemed worthy of a review.  Some were good, most were awful, and some were so terrible that I can’t recommend them to anyone.  And then there is Plumbers Don’t Wear Ties.  I have one person I can recommend this to, but before I do I will state this: this game is VERY offensive.  The humor is sexist, crude, racist, and outright sickening.  That is the ONLY type of person I’d say might get a laugh out of this: people that laugh at that type of humor.  Sure, I laughed playing this, but if I’m being honest, most of those laughs were out of awkward embarassment more than anything purely from a comedic standpoint.  I cringed so bad that my cheeks still hurt from my grimace.

The “graphics” are not even Full-Motion Video.  They’re pictures.  Low-resolution, low-color pictures of awful (admittedly good-looking, but awful nonetheless) actors with terrible-quality audio voiceovers (both in actual quality, and in the acting itself) and very little gameplay to speak of.  And that alone makes this a bad “game”, but the content itself is so random and confusing and offensive and awful that I honestly can say that this is the worst game I’ve ever played in my life.

This is NOT the worst speedrun, but I still can’t recommend it.  It’s terrible.  ZERO RNG, ZERO strategy, and ZERO skill.  You’re better off quitting speedrunning forever.  I HAD to run this and I feel dirty.  So god damned dirty.  Now, excuse me, I’m gonna go shower with a beer or 2 now… 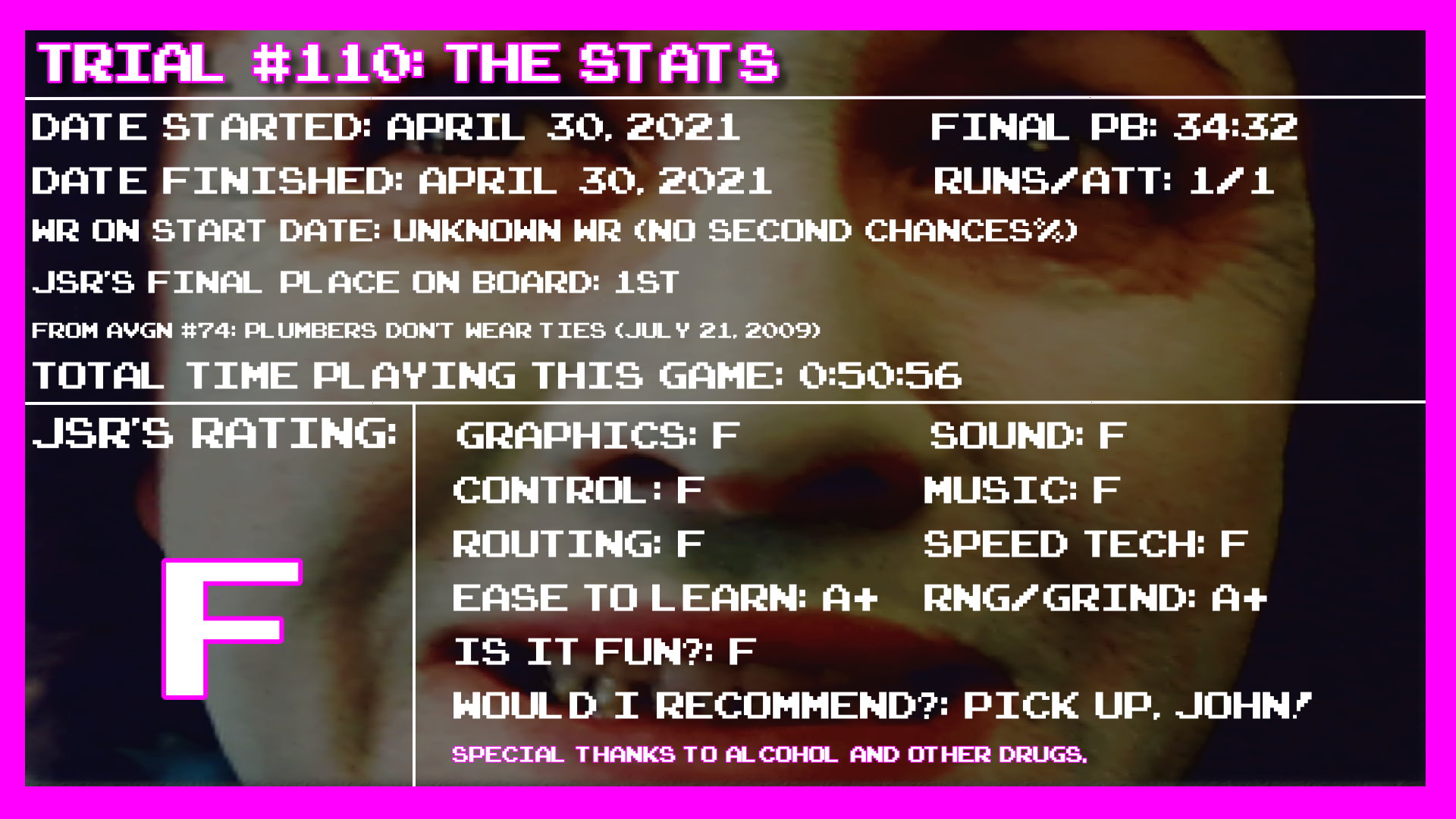