Current speedrun.com leaderboards (Any%)
I hated Super Pitfall as a kid.  Absolutely loathed it.  My stepbrother had this gem in his collection when his mother and my father married when we were children, and I was introduced to this great game (among many others, such as gems like Maniac Mansion, and “gems” like Adventure Island).  As kids, I played this one all the time, if only because I wanted to try and beat this game.  It was such a huge map and an open world; it felt like it would be a grand place to have an adventure.

Sadly, as most of you know, Super Pitfall is far from an adventure anyone wants to undertake.  Subpar graphics and sound, repetitive, lame music, confusing and cryptic gameplay, and floaty controls that take a LOT of time and practice to master, kept this game from ever being a short distraction for me at most.  I never even got close to finishing this one, not beating it once until basically this AVGN Trial began.  Even with Game Genie as a kid, I could not figure it out.  And can you blame me?  This game requires (yes, REQUIRES!) you to jump INTO AN ENEMY to WARP to get A LION IN A CAGE in order to WARP AGAIN to get the PRINCESS and then return BACK TO START TO WIN!  Yeah, there was zero chance I beat this in childhood.

Fortunately for me today, this speedrun utilizes some of the most fun, easy-to-learn speed tech I’ve ever seen in gaming.  Wall clips are as easy as they appear; hold the d-pad against the wall and you clip!  It’s really that simple.  Ladder clips are very similar to the ones in The Legend of Zelda; you get to a specific rung, tap down for a frame, and then tap up for a frame; you get to clip UP into the space above the ladder!  Also, mid-air jump control has lots of tricks, such as jump buffering, height control, and having control in mid-air thanks to jumping down instead of falling down holes.

The route utilizes clips throughout, and even uses death abuses to set Pitfall Harry up on a ledge he’s not supposed to reach, or to allow jumping off an elevator quickly.  It’s a really fun, easy-to-learn speedrun that I picked up very quickly.  Other than the wall clip, which seems to utilize a hidden timer that might have to do with the random “ladder glitch” that sometimes knocks Harry off a ladder mid-climb, this game’s speedrun is very solid and repeatable, even if the execution side is a bit steep.  I can’t stress this enough: if you’re a speedrunner that played this game as a kid and want some revenge, try this speedrun!  You might be surprised at how much you enjoy it! 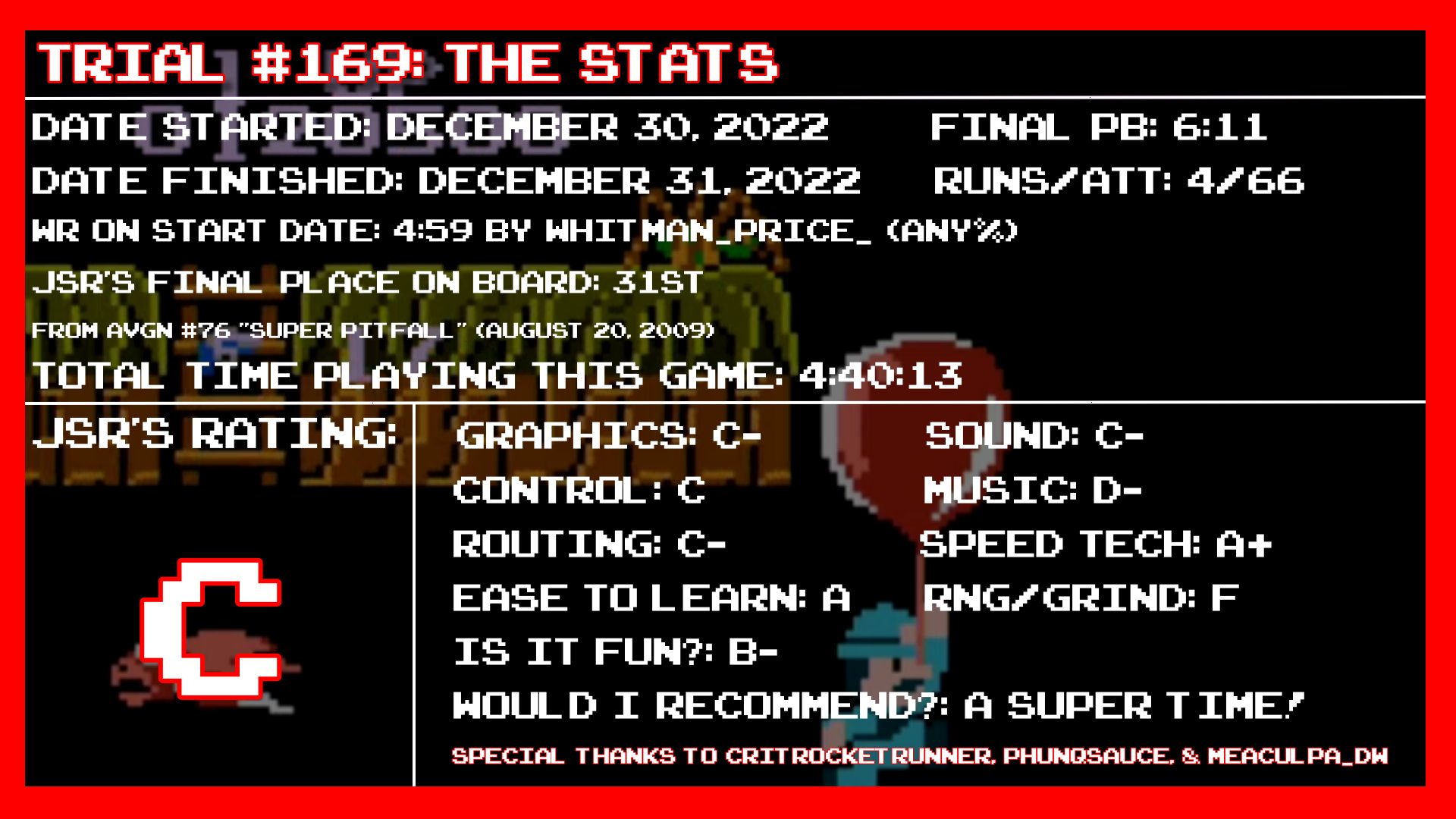