Current Any% No Restrictions Leaderboard (speedrun.com)

If only speedrunning wasn’t as hard on my thumb today, like it used to be.  Man, getting old sucks…

When the Nerd reviewed Godzilla games, I gotta be honest: I wasn’t interested in the least.  I probably watched this episode one time and forgot it existed.  It’s not that I hate Godzilla… I just don’t really care, if I’m being honest.  I was like, haha he made a joke and showed some games off… and then wrote this one off to memory, forgetting it existed until I made this games list years later.  I gotta be honest, it’s a pretty good episode upon re-watching it.  This is vintage Nerd, and he shows a number of games off, including this one.

Ironically, this game happened to fit the exact same mold: this was a solid speedrun!  Thanks to the help from friends SpaceColonizer and jahaley64, I broke through the initial wall of frustration I had with this game and discovered a reasonably fun run, even though it’s on the long side.  That, combined with the controls (which aren’t bad at all, just, well) requiring a movement that was hectic on my aging, worn-out hands, forced me to call this Trial early as I was almost legitimately getting injured.  Still, a Top 5 finish and a good time learning the run, the route, and the strats to beat the diffferent monsters was a blast, and I especially recommend this speedrun to anyone that has nostalgia for this game or Godzilla speedrunning fans. 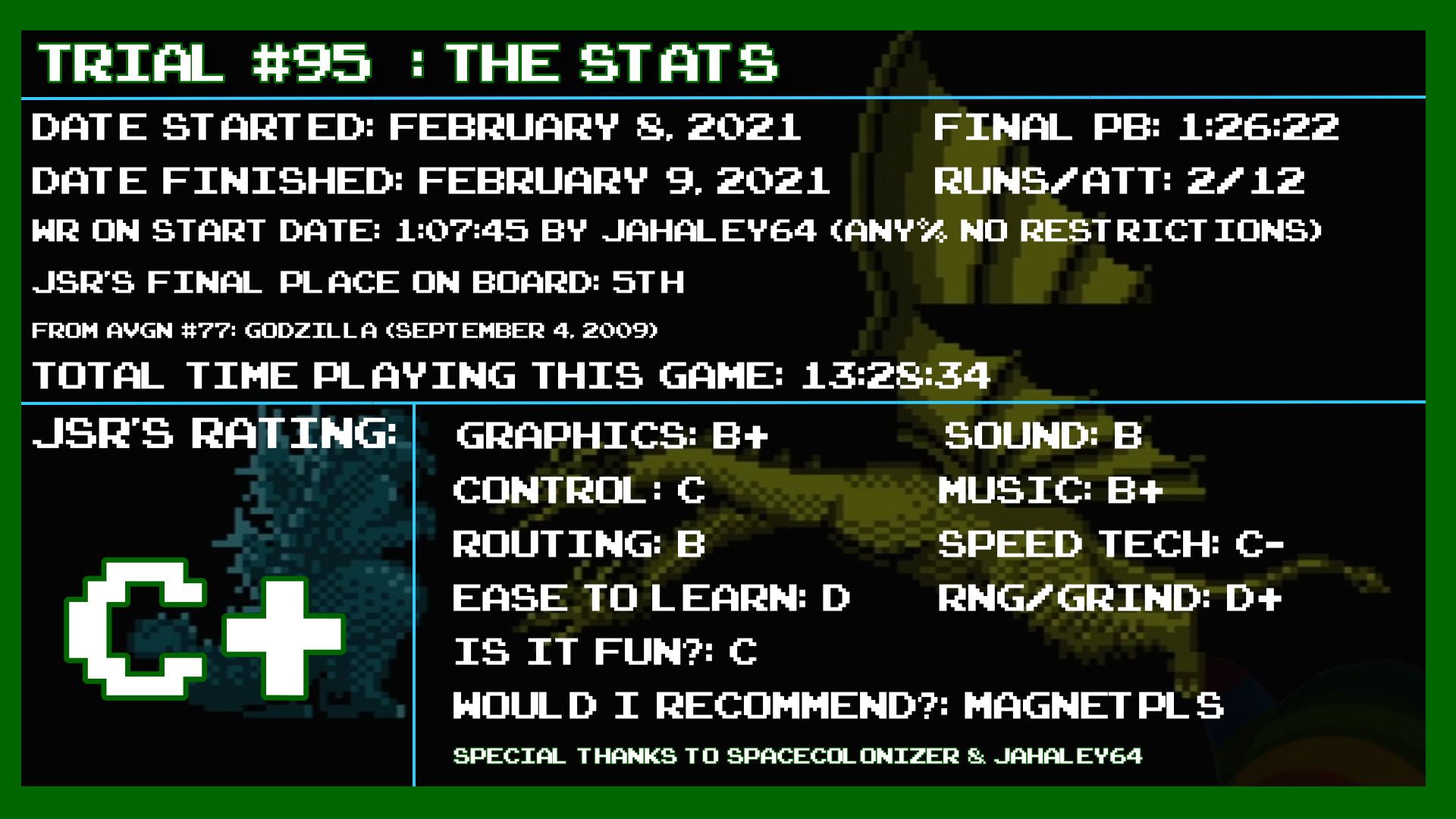