There’s a reason the Nerd loves this game so much… and a reason I do, as well. And we’re not alone; this is the first game in one of the most iconic and influential franchises in video game history. There’s literally a genre that came about, in part, from this title’s sequel. This game set a standard for home action-adventure platforming, with solid controls, catchy tunes, and a great and fun premise. Sub-weapons, secrets hidden around, and humongous bosses to fight. Castlevania is one of the best games of the Trials, and it shows in force as a speedrun.

You play as Simon Belmont, climbing up and through Dracula’s castle in order to slay him and save Transylvania. Sure, the enemies in this game are about as cliché as they come, but they are so much fun to fight. Fluid motion, patterns that are both easy to understand and yet hard to deal with. Never does this game feel unfair, even if it does get frustrating. The bosses are all beatable with nothing but the base whip, but finding the game’s many sub-weapons and whip upgrades make it an easier task. Hidden throughout the game are item multipliers, allowing Simon to throw more than 1 item, as well as hidden pork chops to refill his health.

The speedrun is one of the best I’ve ever learned. There is some speed tech here, including a bat crit that kills the 1st boss in one hit, cave skip, bat boosts, bone boosts, and more. This is a dynamic speedrun with all sorts of variety. Precision platforming, kill counts, and fun combat. Sure, the knockback gets annoying and frustrating, but you can deal with that if you’re on point.

Dracula is a hard fight. Casually, I’d say it’s one of the NES’s best, but it’s an awful way to end the speedrun. I’m conflicted, because it’s a ton of fun to fight Dracula. However, it’s extremely easy to lose a run to a crit or a single mistake, making it frustrating. But other than that one nitpick, this is a dynamic and amazing speedrun I’d recommend to ANYONE that is interested in NES speedruns or Castlevania speedruns! 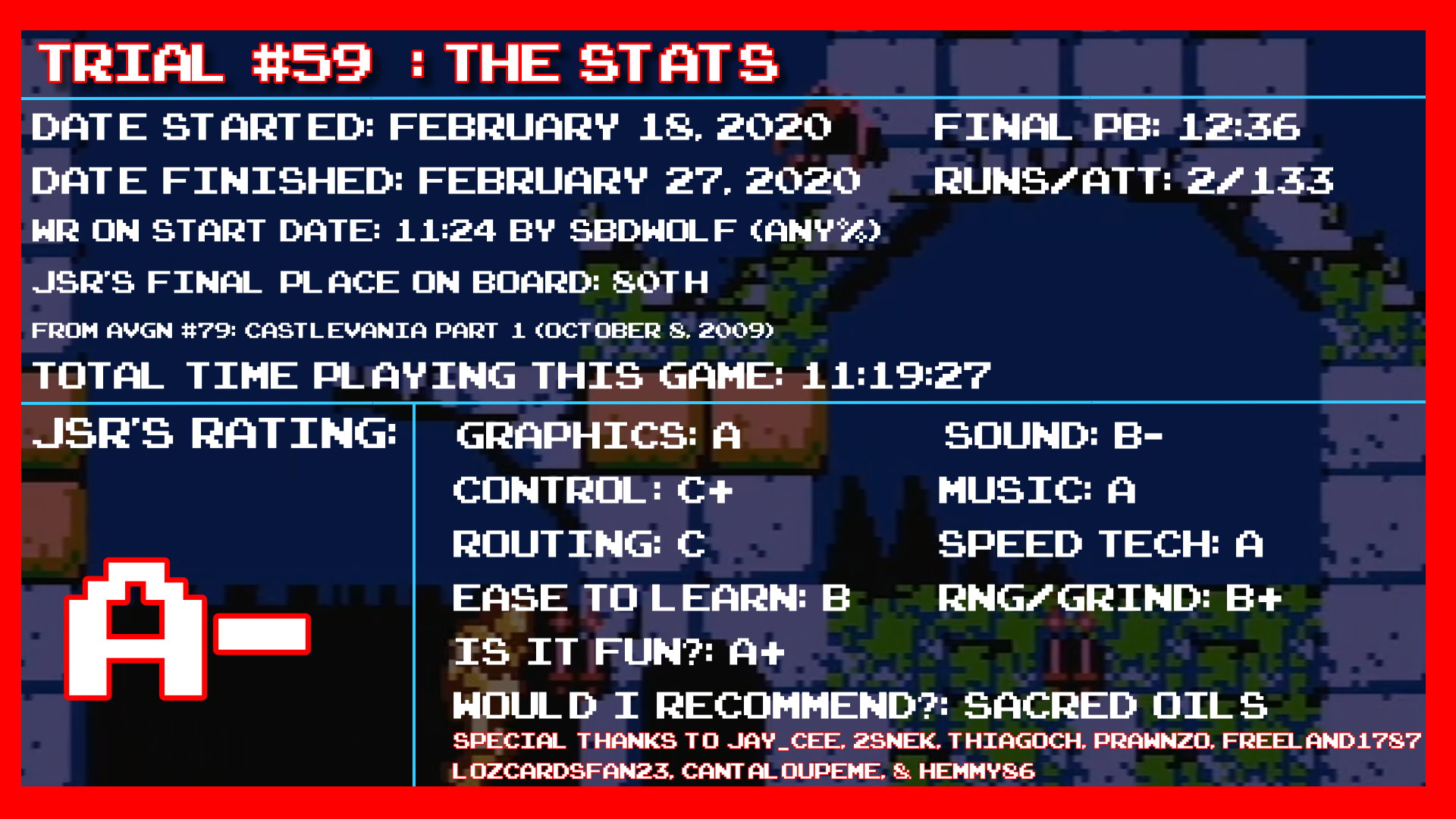