There are some games that I’ve always wanted an excuse to learn a speedrun for, but just never got around to, that were thankfully on this list of games that the AVGN Trials make up.  Castlevania III was a game I had as a child but could never quite conquer; as a matter-of-fact, my first time ever beating the game was during this very trial!  It was always a fascinating and nostalgic title for me that I looked back on fondly, and remember many nights of fighting through the gauntlets this game provides casual players.

Konami’s classic NES game boasts, quite possibly, the best presentation on the NES.  The beautiful graphics include crazy parallax and colorful palettes, amazing animation, and crazy bosses.  The game controls just as good as Castlevania II, with a very amazing assortment of variants the player can run this game with.  4 playable characters, each of which using different sub-weapons and abilities to work together to reach Count Dracula and save Europe from evil.

I decided to speedrun the Japanese version, Akumajou Densetsu, simply and solely for this game’s amazing soundtrack, which uses the VRC6 chip to give expansion audio tracks, making this possibly the best-sounding OST on the Famicom.  Turns out this also allowed me to learn a very intriguing route, the Sypha route, teaming a young witch with her future husband, Trevor Belmont… or, as he’s known in the Japanese version, Ralph Belmondo (snicker).  The gameplay is so phenomenal, and the speedrun amplifies it tenfold.  Easy to learn, as well as having relative low RNG and a variety of routes and play styles… I have to be honest, this might be the best speedrun I’ve ever learned.  I cannot stress this enough, if you love Castlevania speedruns and/or NES platformer speedruns, this is right up your alley! 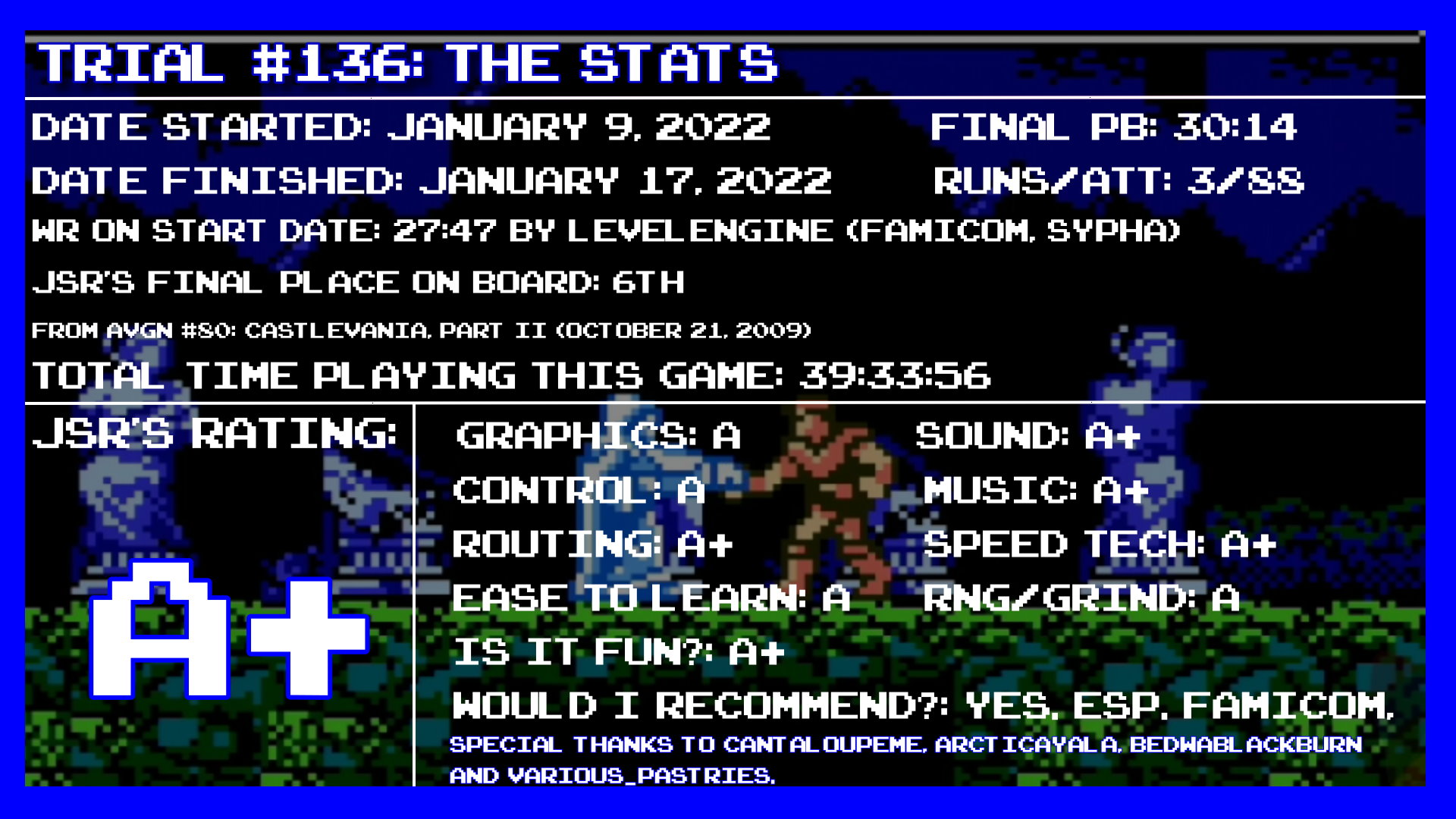