You’re damned right I gave this game a B. Let me explain why.

A lot of people ask me all the time, “JSR, are there any games in the Trials you were surprised were good/were better than you expected?” Well, that’s a loaded question for sure, but there’s one that stands out: Day Dreamin’ Davey by HAL (yes, THAT HAL).

You play as Davey, a kid who must have narcolepsy, because he falls asleep multiple times a day in school! Yes, the concept is ridiculous, but the story here isn’t the story. It’s the gameplay. And it’s solid! I’d say, nearly good! The graphics are colorful, the environments are varied, the music is good, and the controls are solid! The speedrun is tough to learn, but there is some tech here.

Just a note: I was able to discover a boss skip that I was only able to replicate in practice, but never got it in a run. Still, it was pretty exciting to find a strat, even if it is never used, at least in the trials.

It saddens me that the board only has a few runs on it. Sure, this isn’t the most exciting game on the NES. The concept is ridiculous. But this was a legitimately fun run, once I got the hang of it, and it’s not a boring game to run or watch, either. It’s one of those games that has a bad reputation, but it certainly doesn’t deserve it. 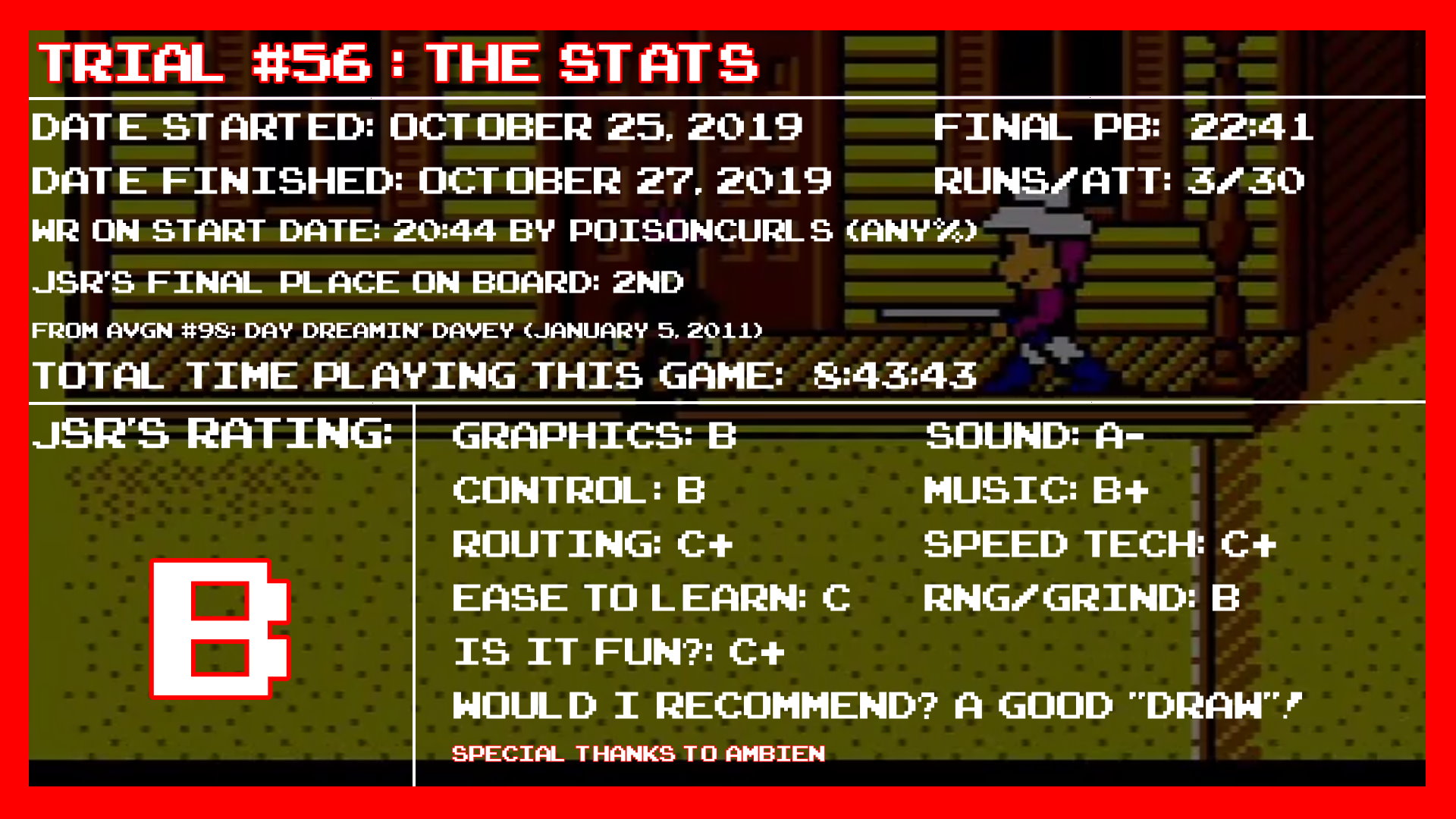