NOTE: for this themed episode, I only considered Star Wars-based games.

For this trial, I was long-awaiting this chance to finally get to do a cosplay-themed speedrun.  It was not easy speedrunning in full costume with a mask on (I did have to remove my gloves in order to play), but I was able to get a deathless run, and I had a blast doing so.

Super Star Wars was one of many Star Wars games the Nerd reviewed in his episode, and was the one that stuck out the most alongside Shadows of the Empire.  I chose this one because Shadows was a game I had as a kid and might speedrun eventually anyways (and I’ve always been intrigued by Super Star Wars).  This game was blessed with good graphics, amazing music, and above-average controls, following the story of the game rather well.  Some liberties were taken, as is tradition in order to fill the gaps in.  However, for the most part, this game is very loyal to the source material.

The most aggravating part of this game is the Castlevania-esque knockback; the second worst is the lack of I Frames.  This makes it easy to have your health drained quickly in some cases, and makes moving fast extremely difficult. The movement tech in this game is tight, and the overly-tight controls makes it hard to be precise when you’re moving too quickly.  This is a minor gripe at worst; this is a pleasure to speedrun and play.  I had a blast, not even considering the cosplay part.

The biggest gripe I have other than the knockback is the lack of variety.  Though the stages in this game are indeed true to the movie, the vast majority of the game takes place on Tatooine.  We get no trash chute, or Alderaan, or escaping Tatooine in the Falcon (other than cutscenes).  When you finally leave the planet, you get 3 Death Star levels, and then you’re already in the Battle of Yavin.  The follow-up to this game, Super The Empire Strikes Back, is a vastly superior game.  However, this is not a bad game at all… slightly above-average if you ask me.

I highly recommend this speedrun to SNES speedrun enthusiasts and Star Wars fans.  This was still so much fun, and I hope to try another costumed speedrun soon! 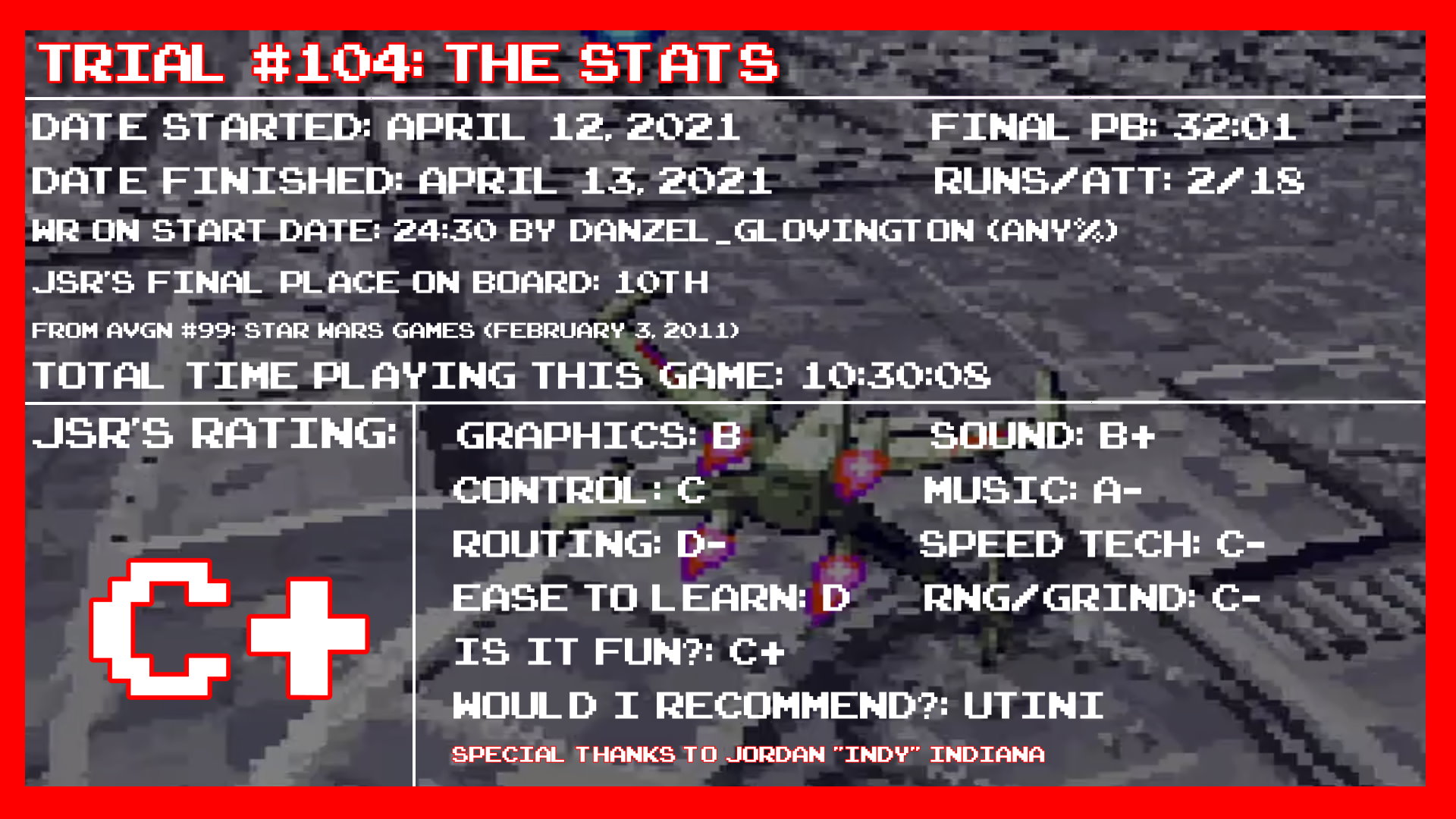