GAMES FROM THIS EPISODE OF AVGN:
–Gyromite (NES)
-Stack Up (NES)

NOTE: for this episode, I only considered games that utilize ROB the Robot, but the Nerd features more.

The story of Gyromite, one of the only 2 games made by Nintendo for their Robotic Operating Buddy (R.O.B. for short), is one that is well-known.  One that, for the purposes of this article, I shall not share with you… moreso because I couldn’t do the story any more justice than the countless others that have already told the tale, than anything else I could say to try to convince myself to tell it.  Basically, the TL;DR of the tale is that this game was a vehicle to use R.O.B. to sell NES consoles.  And such, it plays exactly like you’d expect… IF you play using R.O.B.

Thank GOODNESS the speedrun has more sense than that (unless you run the ROB% category lol).

The speedrun is a single-player playthrough of the game, and as such requires the runner to utilize 2 NES controllers at the same time, making this game a rare 1p2c speedrun.  The game requires the 2nd-player controller to raise and lower the gates (as was the function that R.O.B. would have used, albeit using the awful spinning gyros and clunky controller caddy), while the 1st player moves Professor Hector and collects turnips to defeat the awfully-named enemies in this game.  These enemies, named in a way I don’t feel comfortable repeating here… can only be permanently defeated by Hector squashing them in the gates… though at the risk of squashing himself!

The speedrun itself is more or less just memorizing an optimized route and not missing any inputs.  There is a LOT of RNG, more than most games I’ve played, and as such a grind would be quite grindy and a slog.  However, the run includes amazing routing options and some nifty speed tech to boot.  All-in-all, this is a solid, above-average speedrun… but I doubt it would provide enough value to optimize, both as a speedrunner, as well as a viewer. 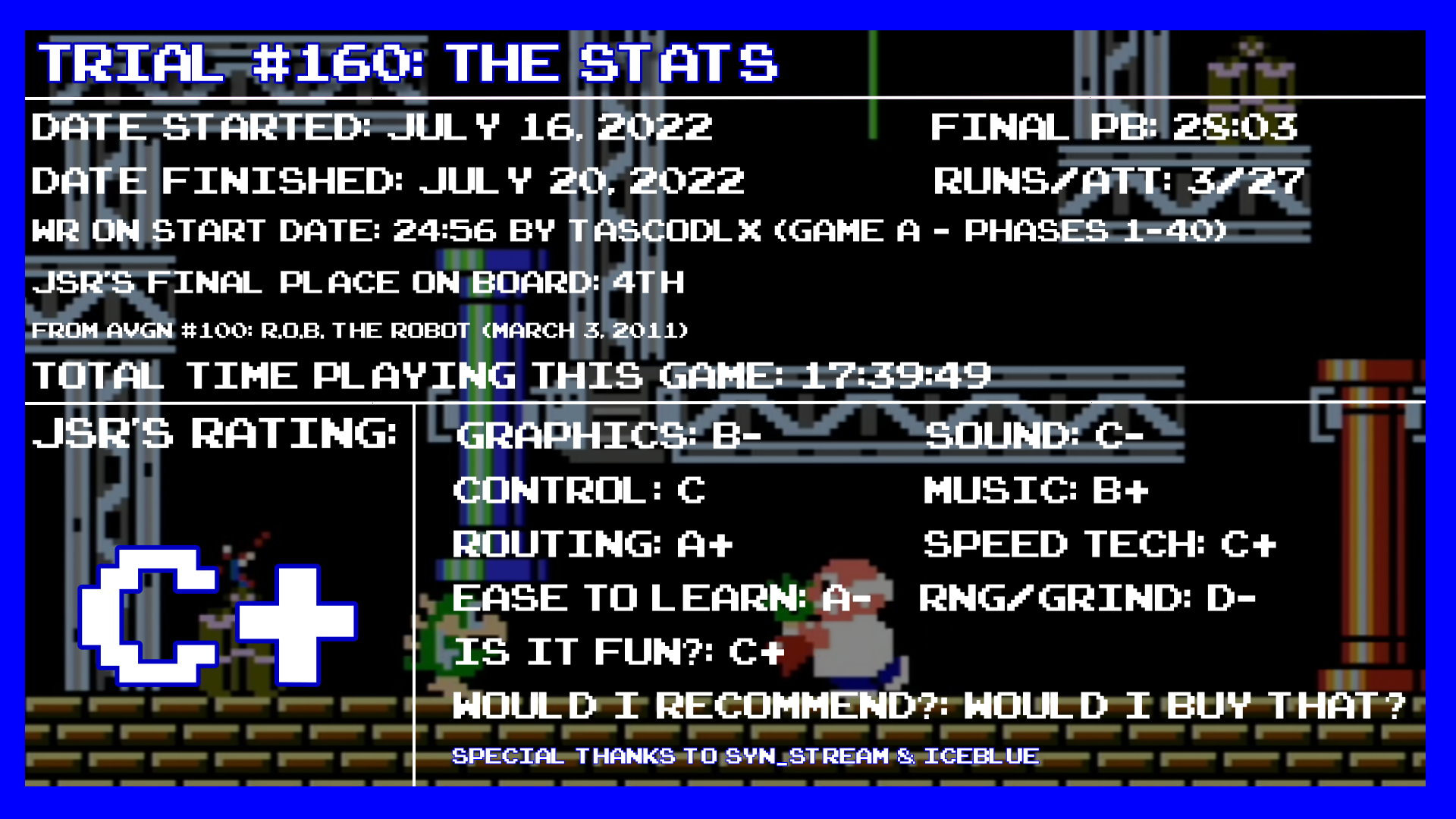