I didn’t see this coming, I admit it.

I like this speedrun.  And I’m man enough to admit it.

On the surface, of course I shouldn’t like this game.  It’s a game that was specifically created to only appeal to 2 types of people: Barbie fans, and little girls that like video games (that isn’t to say other folks shouldn’t like this game, but it’s obvious that Hi-Tech was aiming for that demographic).  With colorful and bright graphics, and decent music hiding the awful controls and half-hearted play mechanics, I should have hated this speedrun.

You play as Barbie, and you are in a dream.  Your mission?  To… enjoy life?  Such a simple concept.  She travels through a mall, under the sea, and through a soda shoppe.  Not what fans of the average NES game might find exciting, to say the least.  But despite Barbie handling, well, like a doll, the controls are reactive enough that, once you get used to the mechanics and the controls, you can actually play this quite competently.  And it’s far from boring, with Barbie’s charm necklace unleashing her hidden powers to rule the world!  Or, at least, to get animals and objects to do her bidding.

This is not an easy game.  Not at all.  At least, not in a speedrun setting.  The platforming is difficult, if not slightly frustrating, and requires skill to traverse.  Novice video game players will have a tough time getting Barbie to the end of this game, even in a casual setting.  This isn’t to say anything negative about this title, as it is also fair in most regards.  The final stage is quite tough, and dare I say, NES-hard.

Not a lot of speed tech here, but what is here is fun to execute.  I’ll say it proudly: Barbie is a decent speedrun, and I will recommend it to anyone looking for an obscure challenge.  Just… don’t expect a long-term grind if you’re not pushing for WR, because this game won’t be your main speedgame otherwise. 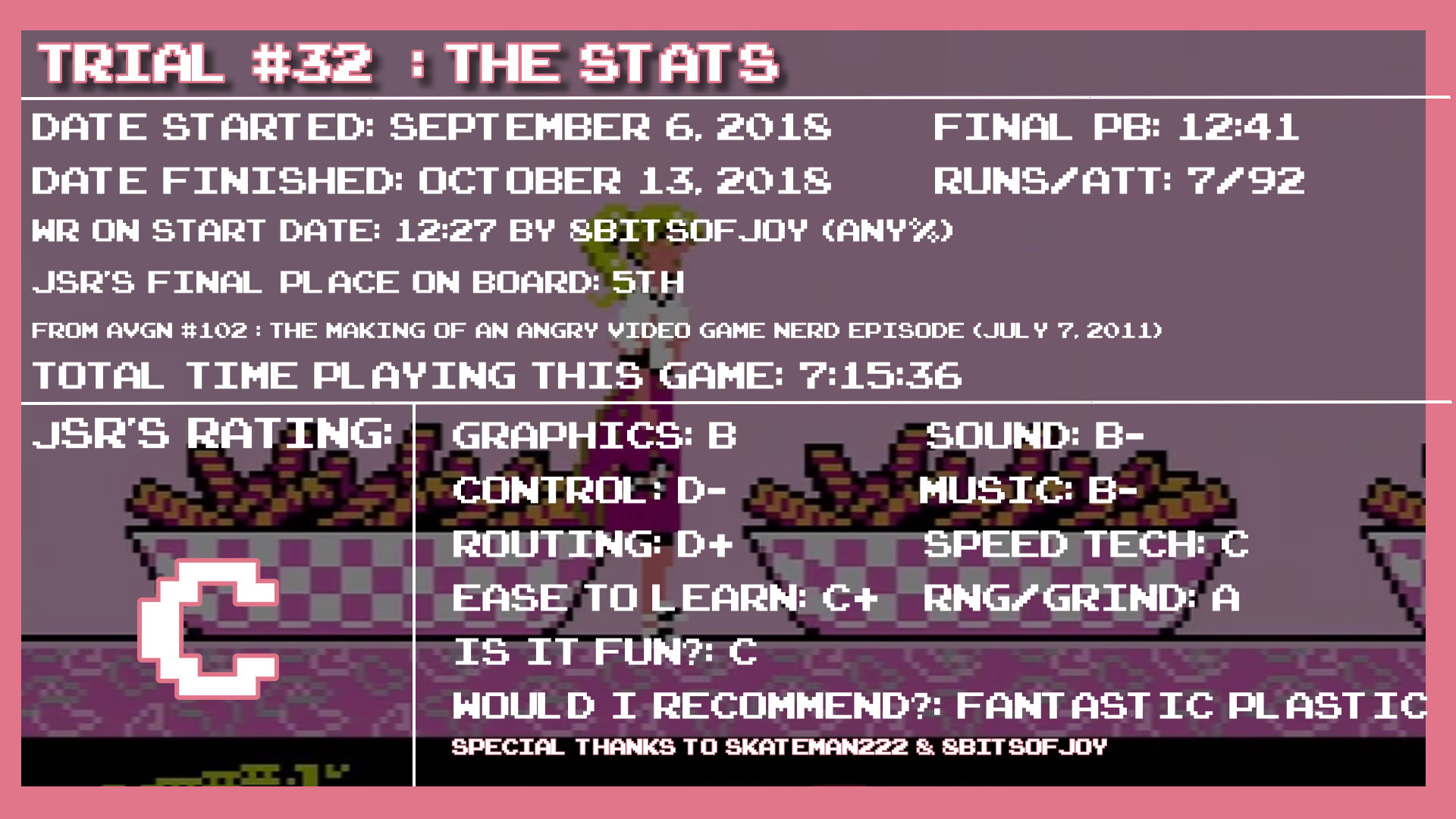