If you haven’t heard the legend of the Nintendo World Championships, I’ll give you the Cliff’s Notes version: the NWC was a competition held in 1990, and lots of prizes were given away.  Some of the prizes included the gray cartridges used in the competition.  These carts had ROMs of Super Mario Bros., Rad Racer, and Tetris, and players were to complete 3 goals in a given amount of time (adjustable via dipswitches built into the cart) to get a high score.

Later on, Nintendo power held a contest where they, too, gave away NWC carts, but these were gold!  Both versions of the cart are considered the rarest and most valuable cartridges for the NES in existance, and are worth 10s of thousands of USD today.

The episode of AVGN that shows this cart is humorous, and has the distinction of being the first time I watched Pat the NES Punk.  This got me into his content as well, and today I still follow his podcast, and loved his series, as well as the Flea Market Madness shows, but that’s a story for another time (shouts out to Frank!)

NWC was a weird beast in the trials, however.  How can you speedrun a game that is played for score?  Easy!  Score attack!  Well, not so fast!  The final game in NWC is Tetris, which is already a popular speedrun!  Myself, along with a few others in the community such as AriesFireTiger, Trakxherer, Rayquaza911, Johnny1p, Prawnzo, Janglestorm, and ShesChardcore, amongst many others, helped to establish a category with a twist: get 25 lines in Tetris as fast as you can!  To do so, you must get through Super Mario (get 25 coins) and Rad Racer (beat the 1st track) as fast as you can, and then finish it off with style!

I was able to get the top time in this Trial.  My record was quickly taken away within days, as this board exploded for a short time.  I was able to regain the WR after the Trial ended, but my days of being atop this leaderboard are likely long-gone, as top Tetris players have decimated my best time.  Still, I am proud that I was able to help solidify this game as a legitimate speedrun, and help to establish the rules that a good community needs to help make their speedgame popular! 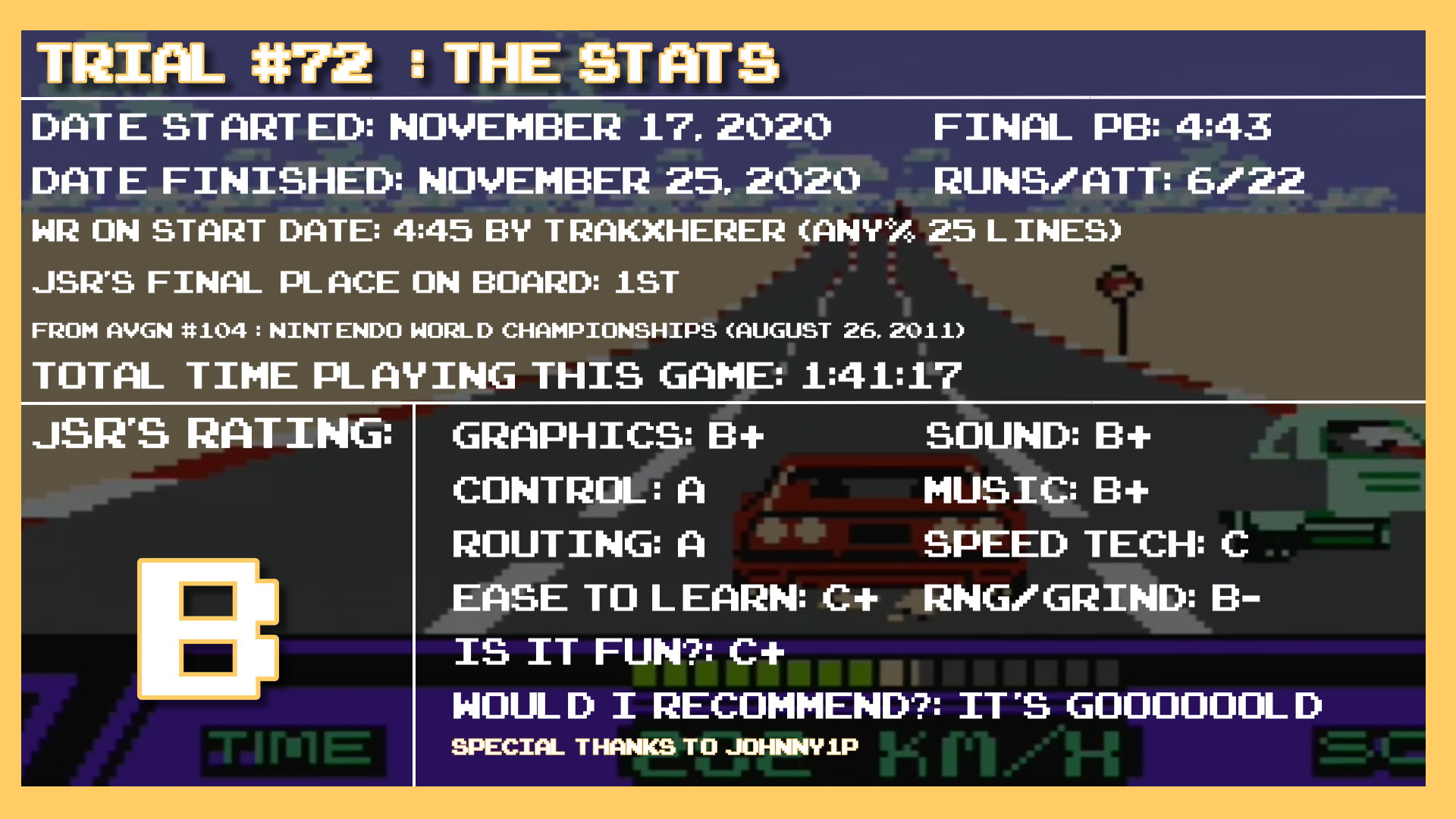