This is such an odd game, both casually and as a speedrun.  That’s easy enough for me to say, honestly; most of the games in the AVGN Trials are odd at best.  But there’s almost nothing about this game that doesn’t strike me as strange; even the way this game ended up in the Trials is a little odd (this was a Pat the NES Punk AVGN Special from a live-streamed marathon Pat Contri does for charity).  River City Ransom was a “spiritual successor” to the acclaimed NES classic “Double Dragon” (a game that is vastly overrated despite my nostalgia for it, IMO) developed by Technos Japan and published by American Technos.  It shares graphics, sound effects, and more with games such as Renegade, Super Dodge Ball, and even the famous theme song from Double Dragon!  (you can read more about this legendary video game series, the Kunio-kun, here.

This game is so charming casually.  Nice, colorful graphics in an open-world setting with NPCs, shops, and tons of baddies to fight; this game is so ahead of its’ time.  You restore health and increase stats with food, books, and drinks you buy with money you earn from winning fights, which are fought using a surprisingly deep combat system.  You can kick, punch, jumpkick and punch, use weapons, block, reverse, and even stand on enemies!  Pretty impressive for 2 buttons!  (That said, speedrun-wise, the controls get quite cumbersome, which I blame more on the NES controller than on Technos, though it IS still an issue).  The music and sound effects are perfect, and the story and mystery, albeit stereotypical and full of tropes, is still fun to decipher and figure out.

However, the speedrun does leave a bit to be desired, even if it is still a ton of fun.  The entire game is RNG; by that, I mean that there are hidden factors that determine what type of enemy spawns you get (if any at all), which fighters spawn (there are different characters that have different stats and behavior), and how their attacks land.  Sometimes they stand there; other times, they juggle you from full health to dead (yep, another game without i-frames!).  Bosses, however, become an easy Stone Hands fest.  You buy the Stone Hands book and basically cheese each boss.  With proper timing, the bosses become easy as pie and show no challenge, which IS a shame; the boss AI is very good and the fights are very difficult.

This speedrun is a test of resolve and patience.  You WILL lose runs to factors you cannot control.  That said, this is a game both you and your chat will enjoy… even if you can only play in short bursts like me.  Give this a shot!  It’s super easy to learn, and it’s a blast! 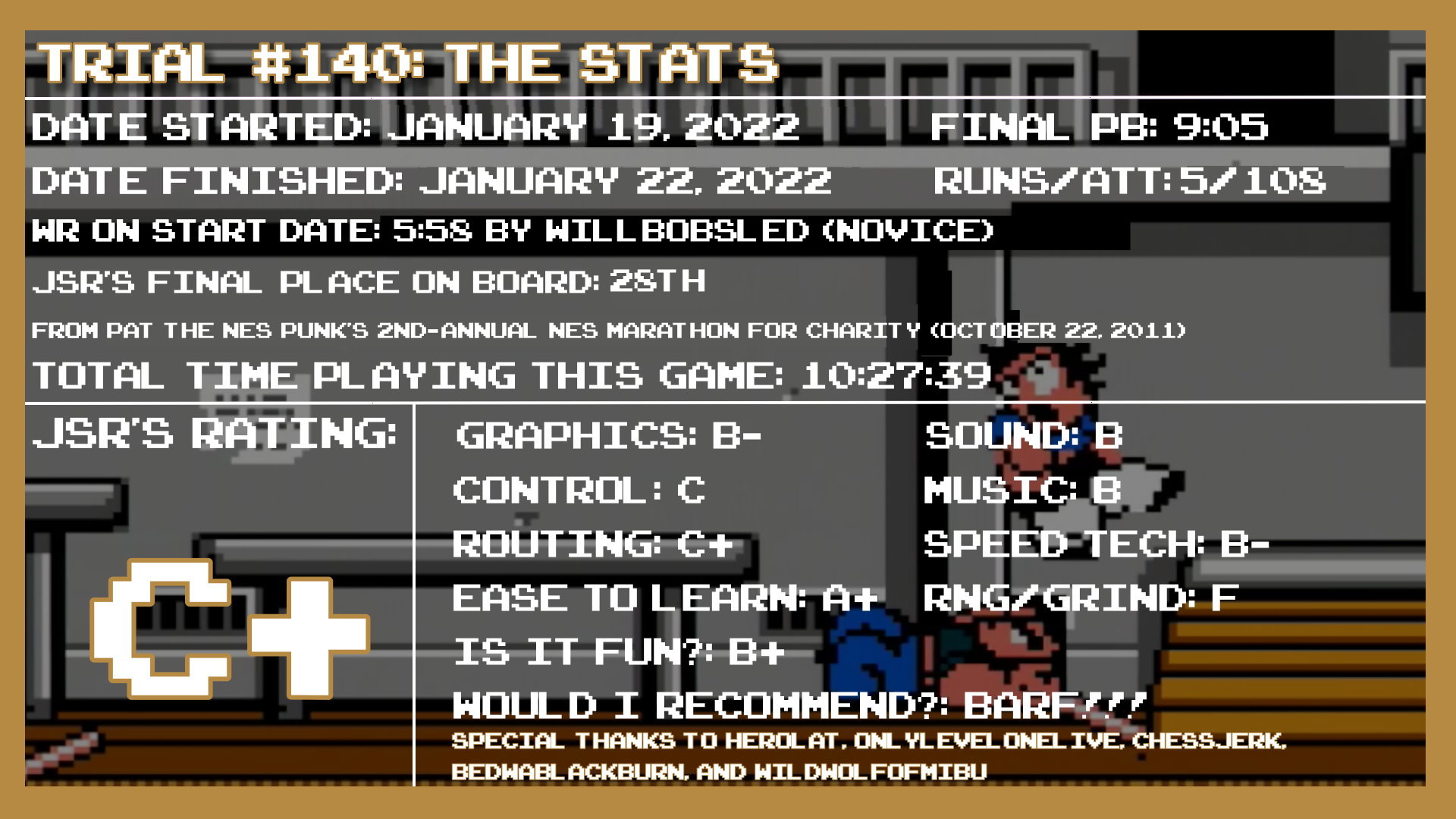