Current speedrun.com leaderboards for any%

Were you expecting something profound?

Ok fine.  This game is not the worst thing in the world for any particular category.  That said, this game is so bad at everything that it doesn’t matter.  It’s like saying a man made of wood would make a terrible firefighter… but would a man doused in gasoline do any better?  This game is absolutely trash at everything.  Ugly graphics, droning music that can’t even loop, terrible controls, and a concept that shows promise but lacks in all execution.  The RNG is so terrible that it’s basically a randomizer.  This game sucks.

Bill & Ted is a franchise that, until recently, was a relic of its’ time.  Now that there’s a 3rd movie it’s jumped into the modern era, but until that 3rd film released this franchise embodied the 1990s and was very nostalgic for a lot of people.  This game might hold that place for some unlucky souls that got this game, fans of the show, looking for a time-travelling fix.  This game sucks.

You’re better off playing Chrono Trigger.  On a potato.  This game sucks.

The speedrun is a mishmash of memorization and reaction.  Believe it or not, there were some moments that I almost was having fun.  Around stages 3 and 4, the game gets challenging enough to be fun, without being frustrating.  That all evaporated in stage 5, and by 6 this game was rivaling Wally Bear, Swordquest, and Polybius in the “make JSR salty department”.  This game sucks.

Unless you’re a glutton for punishment, don’t learn Bill & Ted’s Bogus Video Game Waste of Time™.  You’ll have more fun ironing your dog’s blankets, and at least that does SOMETHING productive.  This game doesn’t do anything of the sort.  Because… This game is not very good. 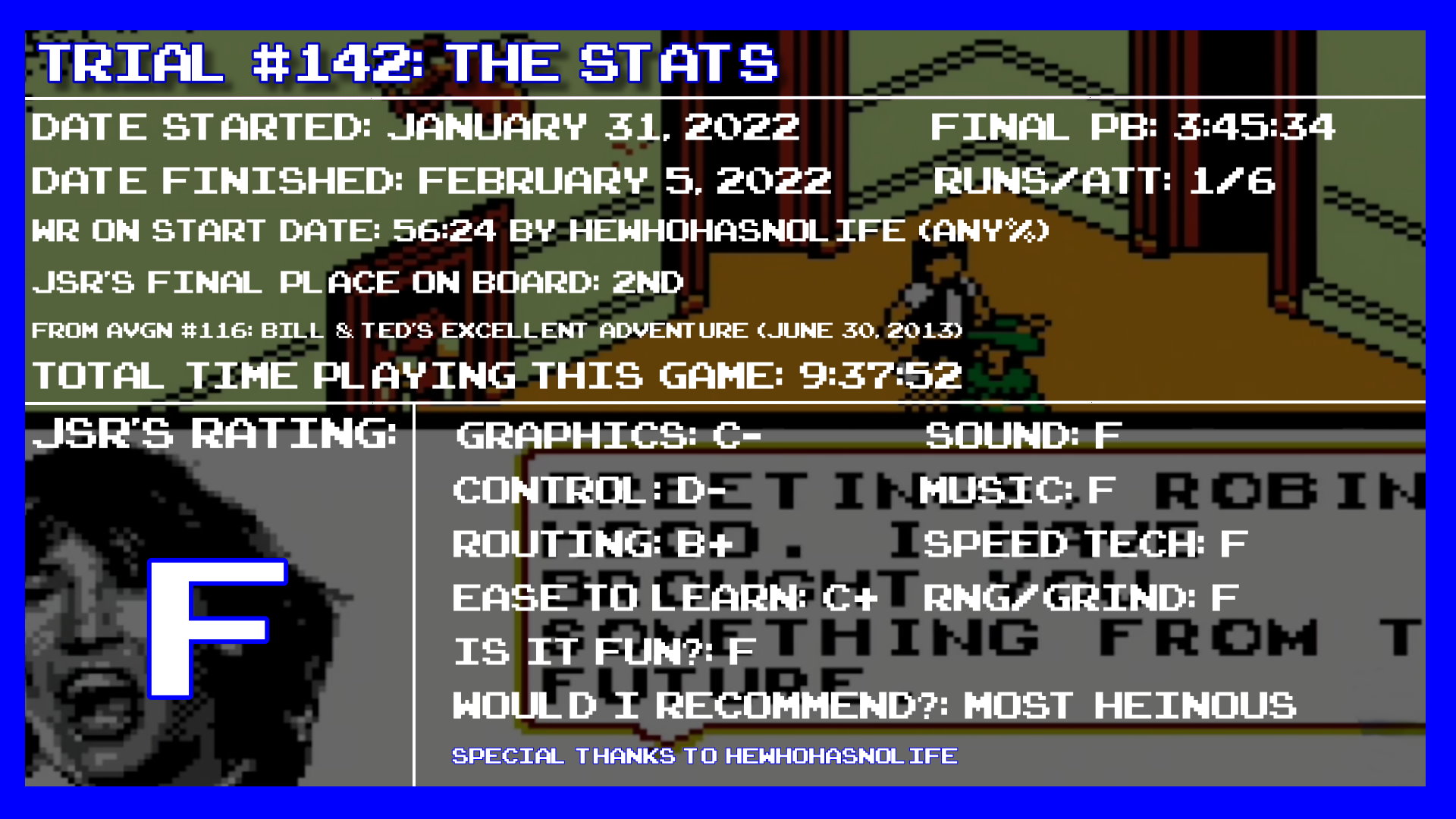