I’ve never been a fan of “adult” games on the NES, or any real classic consoles.  No, I’m not talking about games like Peek-A-Boo Poker or some smut on the Atari 2600 (thus why I’m not speedrunning anything from the Atari Porn episode).  Usually, adult-oriented, non-pornographic games from the classic era fall short of the games we get today; there were no Grand Theft Autos, Metal Gear Solids, or Elder Scrolls games.  Fallout, The Witcher, and Cyberpunk 2077 were not even concepts back in the day.  Game developers had to get creative, and in the case of our old friend LJN, why get creative when you can just pay someone else to make a movie-based game from a rated-R movie?  This is how we get Alien 3 for the NES.

Fortunately, this is actually one of LJN’s better efforts on the console.  Bright and colorful graphics and amazing music and sound highlight a handsome presentation in Ripley’s epic against a horde of aliens.  You must save all the prisoners who are being harvested to make baby aliens.  To advance, you clear 2 stages, then fight a boss.  It’s a pretty formulaic experience, and honestly, as a speedrun, it gets quite old; Ripley moves very fast and the slightly awkward, B-is-jump controls hamper the experience, making it a rather boring game despite the promising premise.  Jumping, in particular, is clunky and awkward.  These aren’t bad controls per sé, but they’re certainly the weak point here.

The speedrun was simple to learn and has low-RNG.  However, the tech here is more in your inventory management and ammo usage, as the only interesting speed tech is a door clip, which allows you to skip most of the game.  Since that’s yawn-inducing in itself, I decided to run the all-prisoners category, and honestly, this was relatively fun.  It’s not a hidden gem, but there are FAR worse experiences on the NES.  I can recommend this fast-paced, easy-to-learn run to fans of LJN games and people into speedruns similar to Wolverine or even a little bit of Metroid. 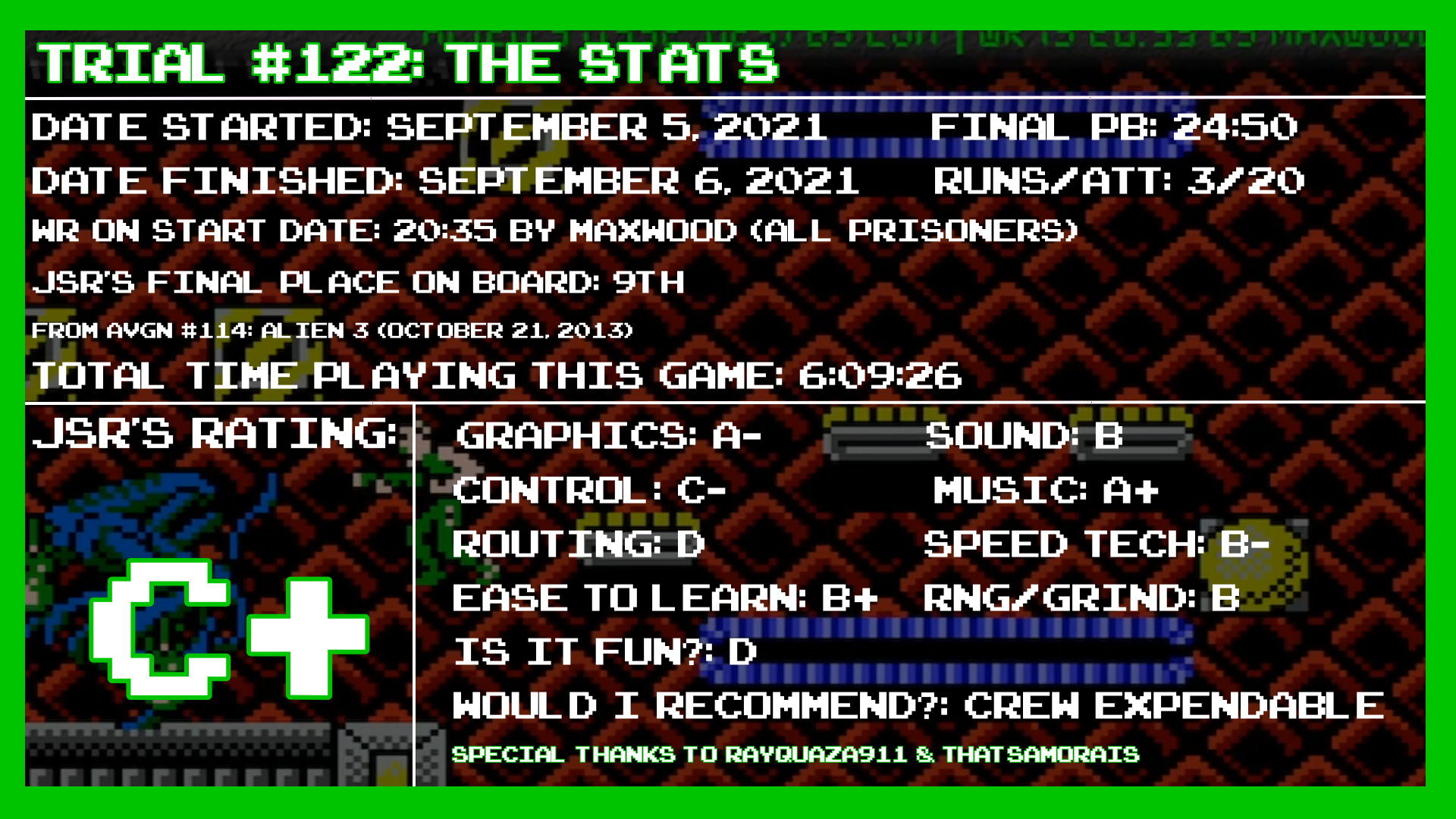