(Note: there are not seperate leaderboards for the PC & Wii U versions. Though my time is the “WR” for Wii U, I do not claim WR.)

This came up earlier than I expected.  Luckily, I had the ‘stache for the job (the ‘stache was from a charity fundraiser I did in April 2019… and yes, I wore that bad boy for 2 weeks.  Don’t @ me bro)

What a love letter for the Angry Video Game Nerd.  AVGN Adventures is the perfect game to pay tribute to the Nerd.  With awesome retro-style graphics, amazing sound, and fun gameplay, it’s nearly perfect.  So many easter eggs are hidden throughout the game, that if you’re a fan of the Nerd, you will find a TON of joy in this game.  It’s an awesome platformer either way, but even better if you know his lore.

That being said, it is a frustrating experience.  Although most of the time, this is by design (this game harkens back to the days of NES-hard platformers, with Mega Man blocks, death blocks, and cheap traps galore), the controls do take some time to get used to.  The PC version has amazing speedrunning glitches and tricks that are not available (to my knowledge) on the Wii U version.  This is a hard speedrun, but a very fun one, and I’d love to take a dive back into this one eventually.

It’s not the perfect modern retro-style platformer, but it’s in the conversation at least.  Fans of these types of games will certainly get their moneys’ worth here. 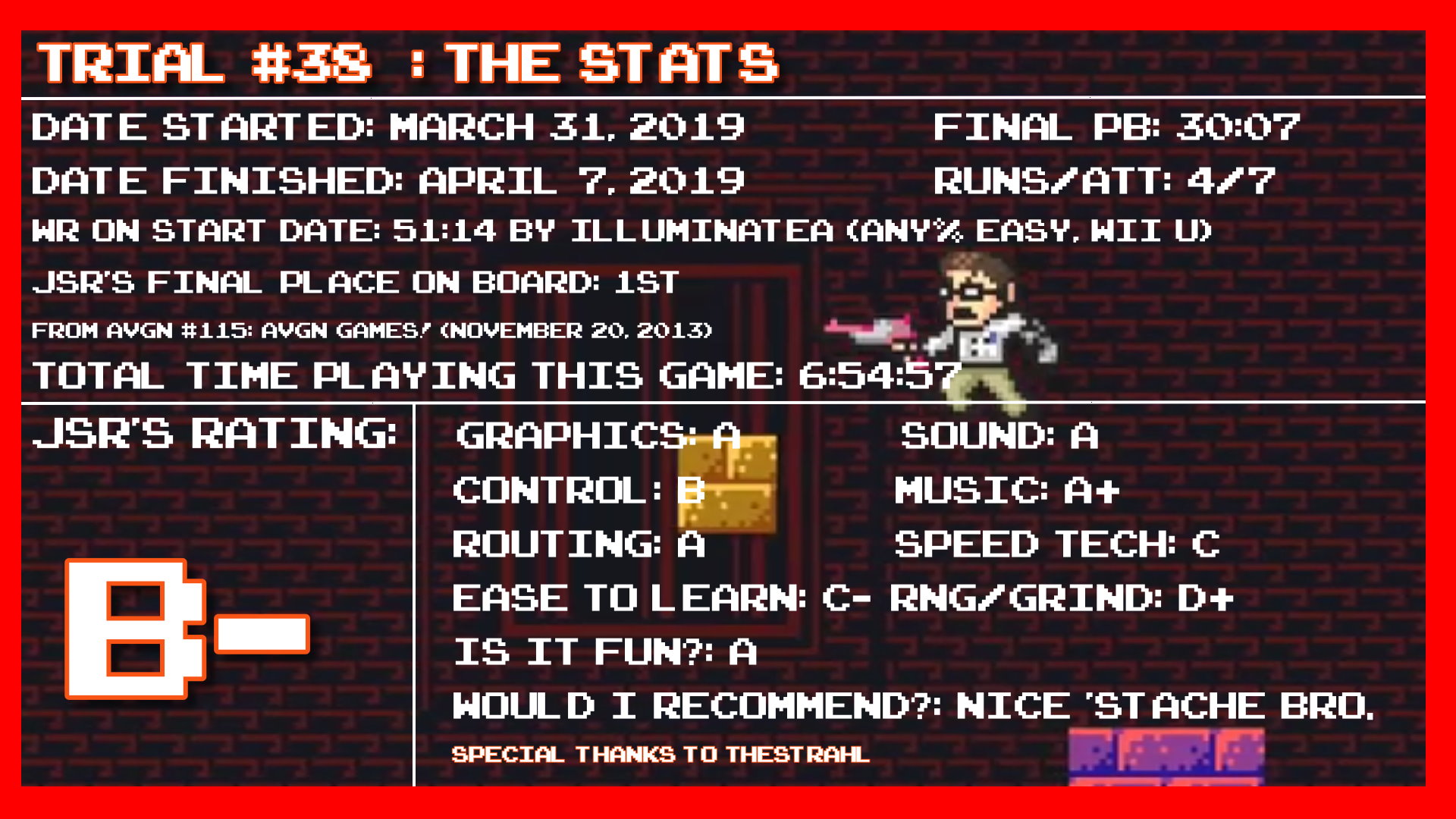