I’m so conflicted.  On the one hand, this is one of the best, if not the best, platformer speedrun I’ve ever learned. Sonic the Hedgehog 2 is so much fun! The stages are masterfully crafted, the graphics, sound, and music are some of the best on the Genesis, and the speedrun has a ton of tech, routing options, and safeties to utilize.  So what could go wrong?

Well, honestly, not much, although this needs to be said: this speedrun infuriates me!  The toughest levels to execute are all in the first few stages, through Aquatic Ruin Zone 2.  There’s RNG with a few enemies, but not much, meaning most of your failures (and you’ll have a LOT if you’re anything like I am) will be your fault.  There’s a mean trick in Aquatic 2 that relies on a subpixel and has no setup, meaning you’re gambling for good fortunes to nail a 20-second time save.  Other skips and tricks pepper this speedrun throughout it’s entirety, with not much of a break in sight; even the auto-scrolling level is stressful, as it follows (arguably) the toughest level in the game and comes right before the hardest fights.  This is NOT a speedrun for the faint of heart, and you’ll have to put work in.

Once you do, however, it’s a speedrun with a high skill ceiling, satisfying gameplay, and a ton of fun to be had.  The controls aren’t perfect (I HATE EATEN INPUTS!) but they’re enough to do the job, and spin dash tech is abundant in this run.  You have to be a master of the mashy mashy if you want to go fast.  But when you get the hang of this run, you become hooked, if not infuriated.

I could tell you about the game itself, but what could I say that hasn’t already been said? This game is a classic, and this speedrun is one of the greatest I’ve learned to-date.  Just… be prepared for a grind, and be prepared to control your temper. 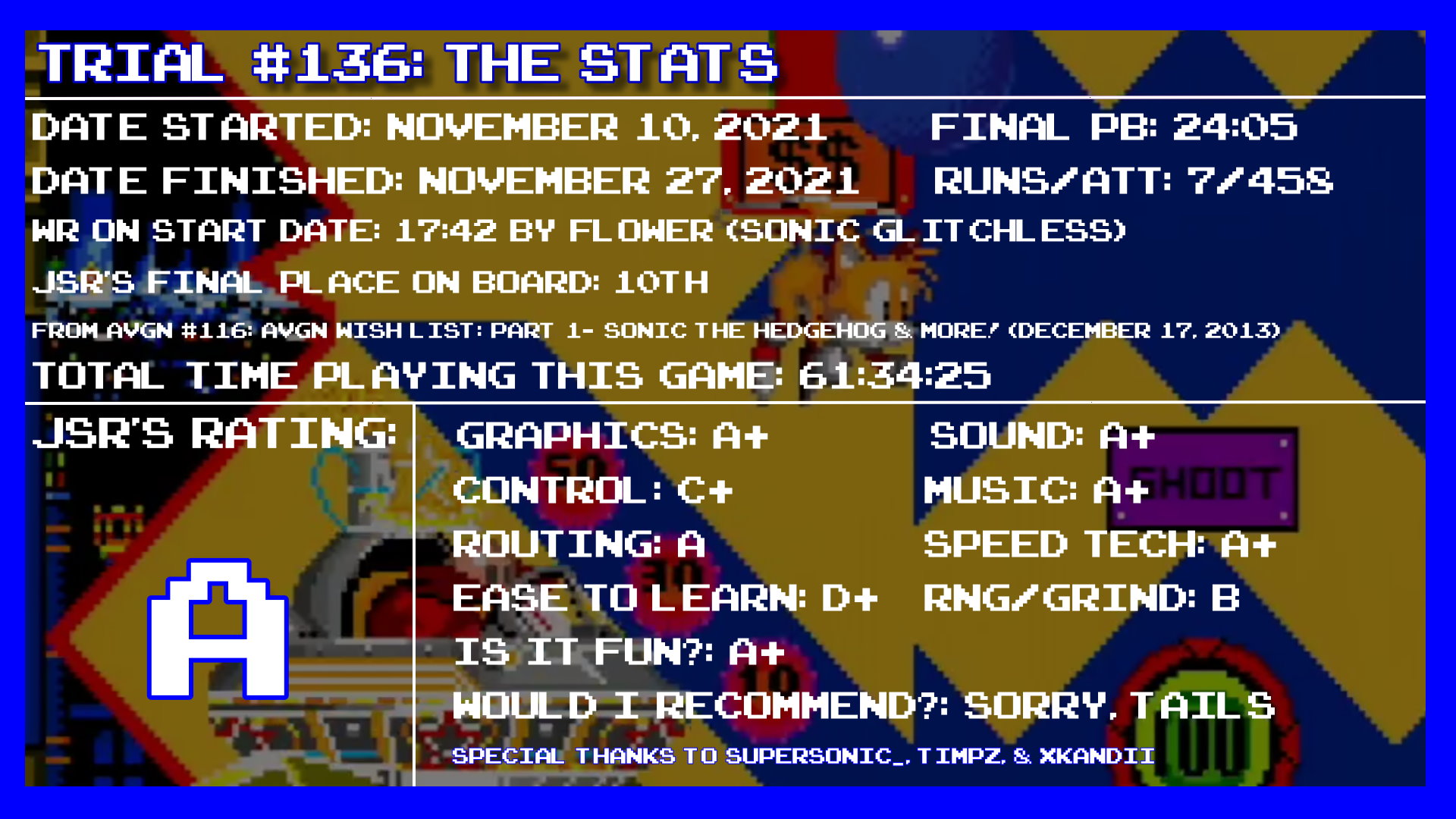