124. The Adventures of Bayou Billy

The Adventures of Bayou Billy (1989, NES) by Konami

Some games have a single, fatal flaw that takes it down from a potential gem to an average game (titles like Double Dragon, Castlevania II, or Adventure Island come to mind), or even completely ruin it altogether.  The Adventures of Bayou Billy (known as Mad City in Japan), a 1989 Konami title which is notoriously difficult, has all the ingredients to a great title: a nice (though cliché) story, cool characters, unique settings, nice graphics, and some of the hottest jams on the NES.  The biggest issue is the controls; rather, the controls and how the enemy A.I. is programmed, and how horribly difficult this game is in comparison to its’ Japanese predecessor.

Bayou Billy is too damned hard.  Really is.  Like, Mad City is at least 3 times easier (and honestly, too easy IMO).  With limited lives and continues, beating this title is one of those ‘feather-in-cap’ scenarios where you don’t even care about how fast or how stylish you do it.  Of course, I DID care how fast I went, and was able to get the 1CC relatively soon into this trial.  However, the next session did NOT go as well as the first, meaning I was unable to best my previous PB.

This game is chock full of unfair situations, but man is it a blast to watch, and it’s not terrible to play, either.  It’s far from perfect, but this game could have been an all-time great.  Instead, it is barely average at best, and has faded to obscurity because of it.  Even the Nerd only reviewed this game as a collaboration with the NES Punk himself, Pat Contri.  It’s not the worst speedrun ever, and it’s great at impressing folks with your “Hot Skillz™”, but you’re not gonna find your gem speedrun here.  You’ll find a fun time, but you’ll be ready to move on after a few days. 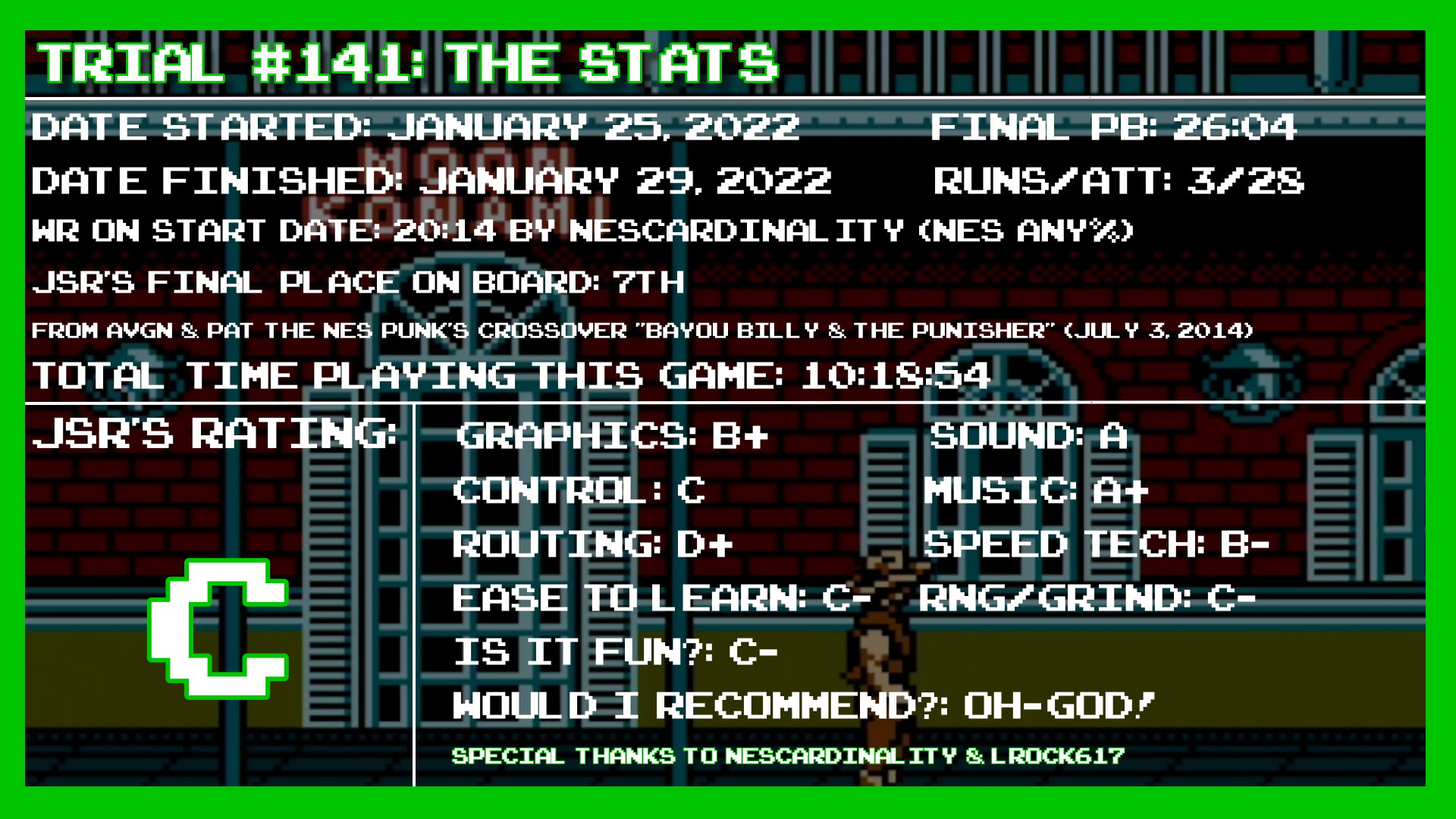