Why would you allow yourself to be kidnapped by a cliché monster and force your boyfriend, the brave Master Higgins, to travel via skateboard over dangerous cliffs, oceans, and flaming skulls to fight a cat monster luchalibré wrestler with an axe?

That’s Adventure Island in a nutshell.  It makes little sense, it’s silly, and man is it fun!

Fun… and hard.  So very, very hard.  This might be the sleeper hit for “hardest NES game”.  I’m stunned how difficult it is, especially when you die near the end and the game decides you don’t need a weapon.  Honest-to-goodness, that singlehandedly brings this down from one of my favorite speedruns I’ve ever learned to one that I truly have a hard time recommending to anyone except the hardiest, most hardcore, and dedicated speedrunners.

Adventure Island is a port of “Wonder Boy”, an arcade hit by Sega.  Hudson Soft ported it to the NES and changed Sega’s characters to their own, which angered them and caused a lawsuit… the story is well-documented all over YouTube.  This game plays like an arcade game, both in all the best ways and the worst as well.  No weapons in stages full of enemies, frame-perfect and pixel-perfect jumps, and unfair beginners’ traps are offset by some of the tightest controls, as well as gorgeous graphics and banging music (for 1987 at least).

I can’t describe how I really feel here.  This is such a unique game in the Trials.  I want to say I love it… I want to say I hate it.  All I can really say is… that’s Adventure Island!  Nostalgia rules here, I had a blast! 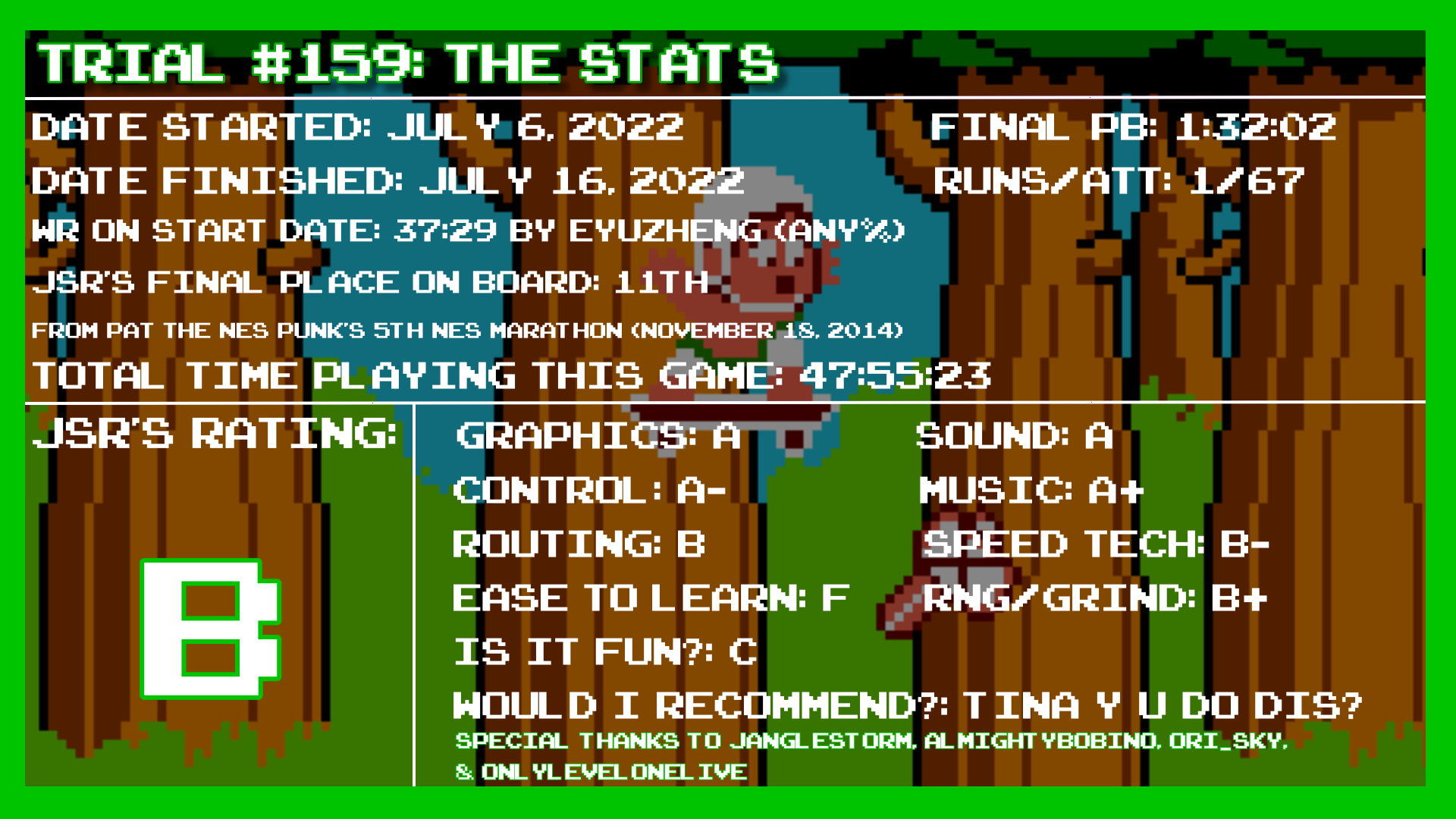