When this game came up, I was actually excited.  Despite it being unlicensed, I thought the gameplay would be fun!  The graphics were awful and the music is either decent or ear-piercing, but I had hopes.  They were quickly dashed, however, when I started running the game.

Tagin’ Dragon is an awful unlicensed NES game by “Bunch Games”.  Either a bad translation, or a bad name, but that should foreshadow the experience.  Imagine a game that has awful grid mechanics, ice physics, and unfair hitboxes.  Your goal is to bite the tails of the enemy dragons before they bite yours.  Getting behind them is nearly impossible unless you either attack them head-on, or try to ambush them around a corner.

Doing this is way easier said than done.  Once I got a run done, I was through with this awful experience.  Don’t play this game.  It’s horrendously awful.  There’s a short bit of humorous gameplay here, and then nothing but pain. 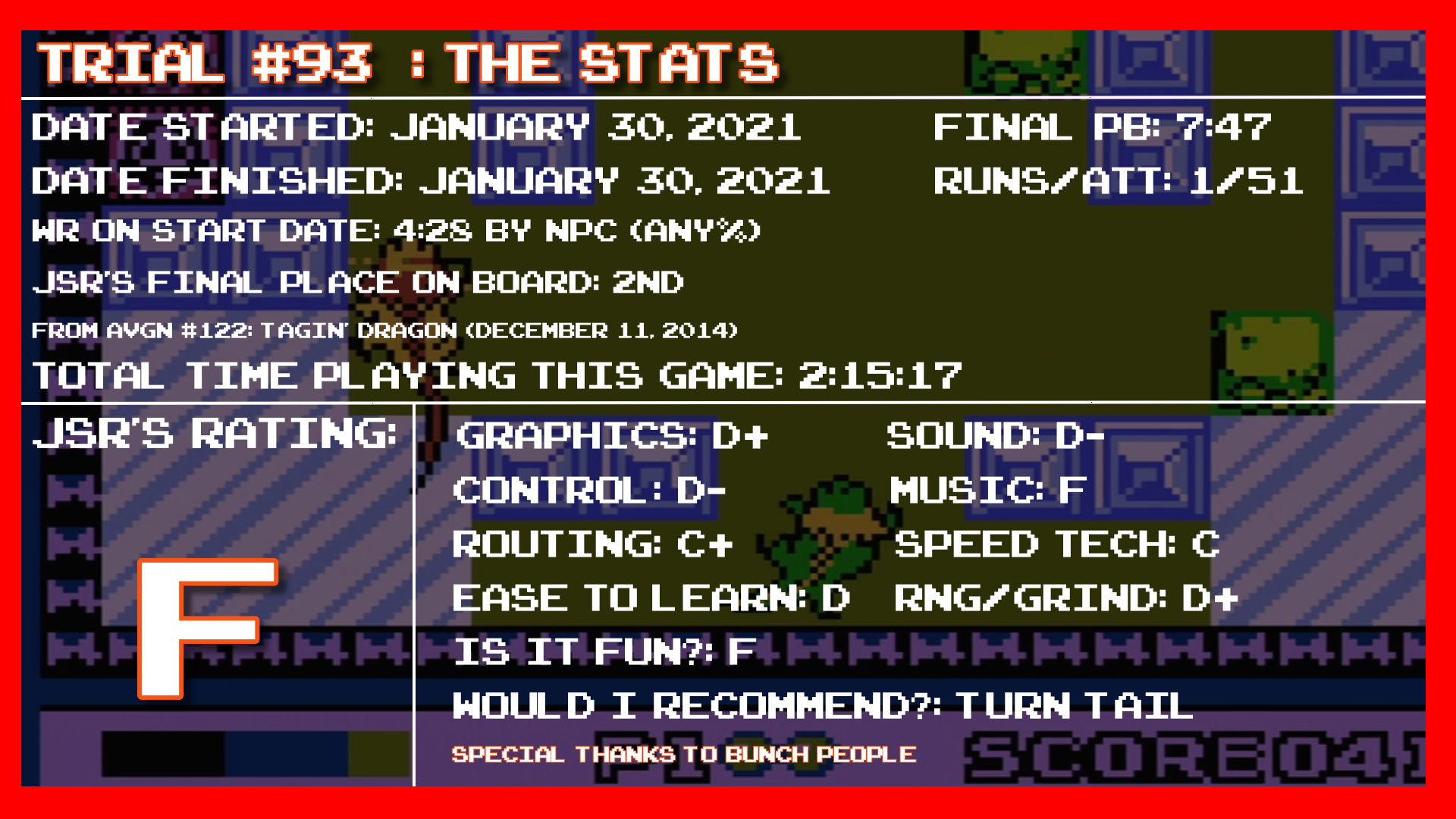