Current “Any” Leaderboard on speedrun.com

Do you remember Alf?  I honestly had completely forgotten the 1980’s sitcom entirely until the Nerd reviewed this Sega Master System “gem” in 2014.  A show about a smart-aleck fuzzy alien who crashed his spaceship into a suburban family home?  I’m not sure if it’s comedy genius or desperation!

This game, to its’ credit, tries very hard to capture the show’s humor in an action-platformer, which is far from easy to accomplish.  For example, Alf uses a stick of salami as his weapon.  He must wear a bathing suit to swim despite walking around without clothing the entire game.  If you leave the controller alone, Alf breaks the 4th wall and pesters the player to pick the controller back up.  It’s quite nicely done.  It’s wrapped up in a package that, for the Master System, has nice graphics and catchy music.

What isn’t nice, however, is the difficult gameplay with limited lives and continues, broken attacks, awful hitboxes, and horrid RNG.  I’m serious in saying that this is a fun game, but it’s also one of the most aggravating games I’ve ever played in my life.  Nothing like losing runs to BS RNG and awful hitboxes that you can’t do anything about.  Enemies that spawn in awful places… glitches and game crashes (like this one below).

And the bats… oh those God-forsaken bats.

This is not a speedrun for the faint of heart.  It was NOT easy getting past this trial.  But if you can get used to the jank on display here, it’s a short and addictive speedrun that you will find to be very rewarding, if only for a few days’ worth of attempts. 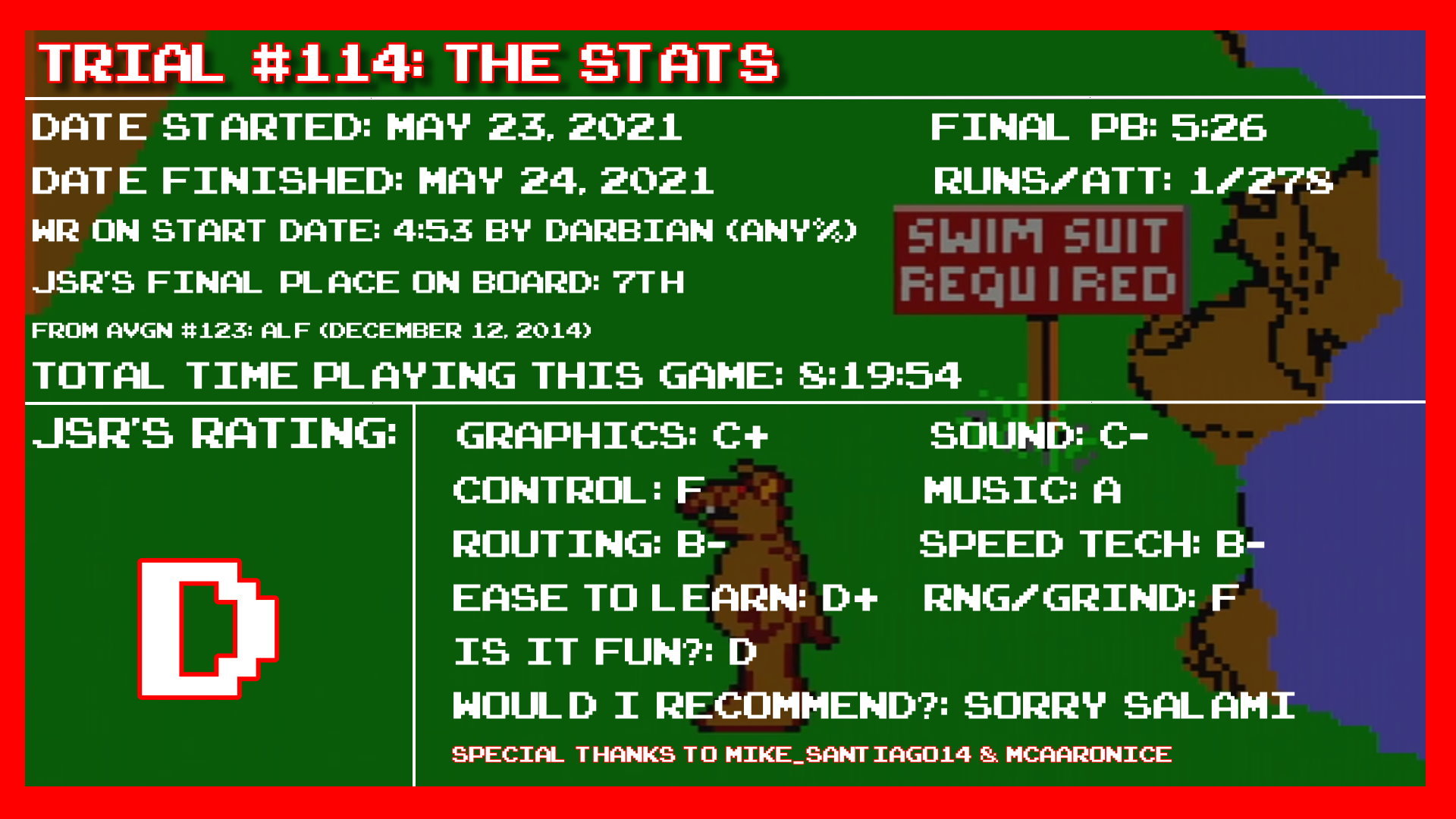