A game with a great premise, based on a great episode of a legendary cartoon series from Nickelodeon’s heyday.  Ren & Stimpy: Fire Dogs should have been great.  It looks pretty good, sounds pretty good, and has a great concept.  Unfortunaely, muddy controls, brutal and unfair gameplay, and repetitive setups make this a chore at best, and an absolute abomination at worst.

In Fire Dogs, you control Stimpy in the firehouse levels, and both he and Ren in the “action” stages.  And see, this is where this game misses its mark.  The Firehouse levels are brutal in their own right, but they’re almost fun!  You must use your dalmation paint and avoid obstacles and the fireman, collecting the items you need for the firetruck.  Ren, of course, takes a nap.  This is very true to the series, and is hilarious… at first.  But it ramps up in difficulty quickly, and becomes a nightmare later on.

The “action” levels have the player using a trampoline to catch falling objects.  If you miss too many, you start over, and some objects hurt you.  The first level isn’t that bad, but by the end of this game it becomes nearly impossible without notes.  It’s brutal, clean and simple.  This is one of the hardest SNES games of all time, and it ruins what could’ve been a great speedrun: The firehouse levels are so much better, that if they had only nailed the street levels, this could have been a fun time.

Instead, let this one burn to the ground. 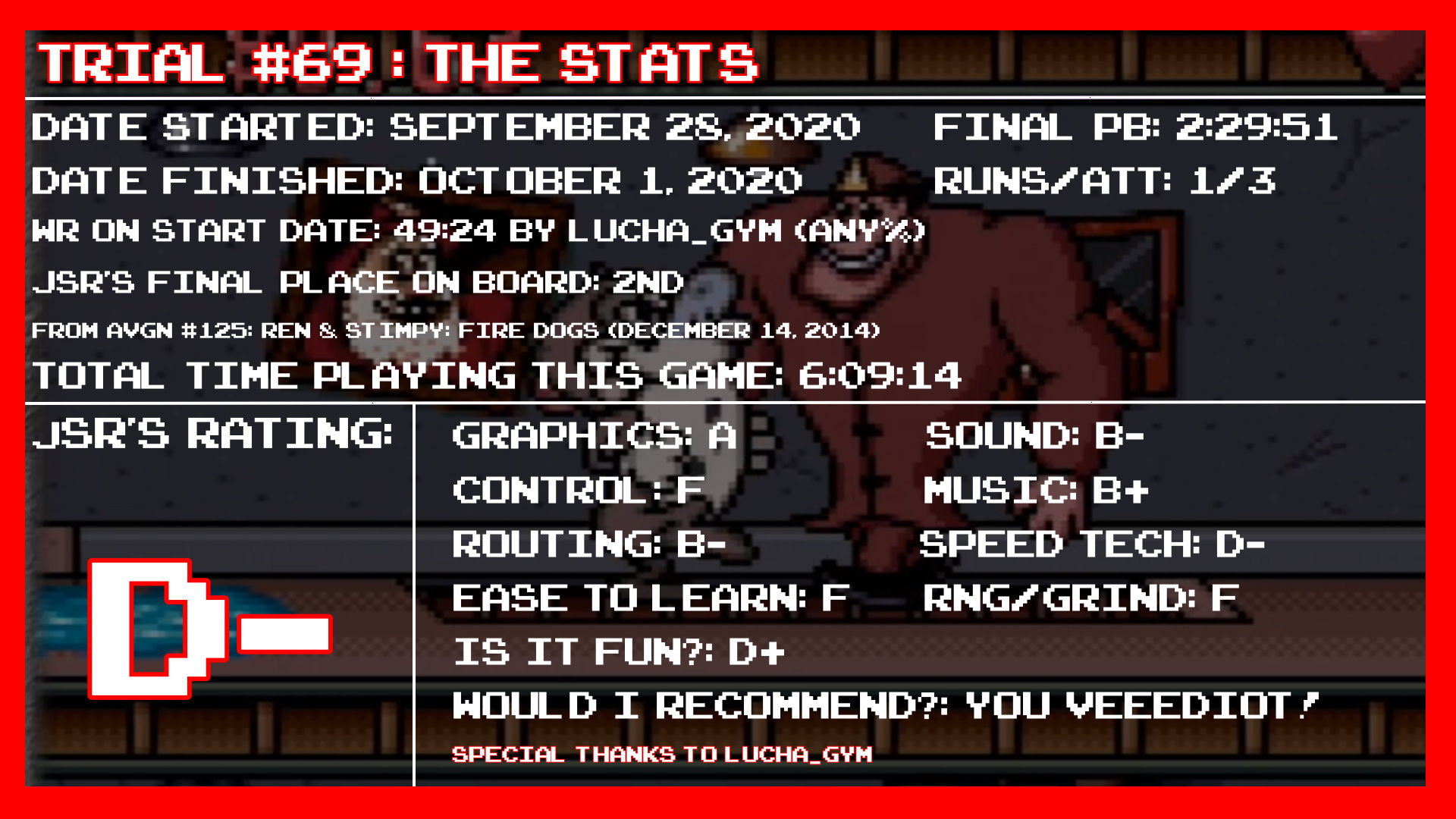