I haven’t seen something this campy since I was in Boy Scouts (yes, I heard that groan from here).  VIP with Pamela Anderson… oh boy.  What a game.  I can’t believe Ubisoft thought this was a good idea.  I mean, the show itself was a total joke, right?  I don’t know, I remember hearing about it, but I have never seen an episode of this show (and don’t plan on it anytime soon!), so I can only assume that this game follows the show correctly.  For what it’s worth, it has all the voice actors from the show, and these horrible, uncanny valley CGI cutscenes that are supposed to make the “stars” look hot… instead making them look terrifying.  But to each their own, I suppose

In VIP, you play the role of many characters from the show.  The game is basically a glorified autoscroller, and the gameplay is almost entirely made up of Quick Time Events (QTEs), which were made popular in the Dreamcast game Shenmue.  I’m not sure why they made the entire game QTEs, but for what it is, it’s not entirely boring; the combinations get quite complex near the end, and the timing to do them correctly gets a bit tighter as well.  There are some segments where you must solve puzzles or shoot guns, or some other random gameplay elements, but 95% of this game is “press this combination of buttons” to win.  It’s repetitive for sure, but it’s not exactly boring.

If you want a laugh, this is the speedrun for you.  If you’re looking for something more serious, steer clear. 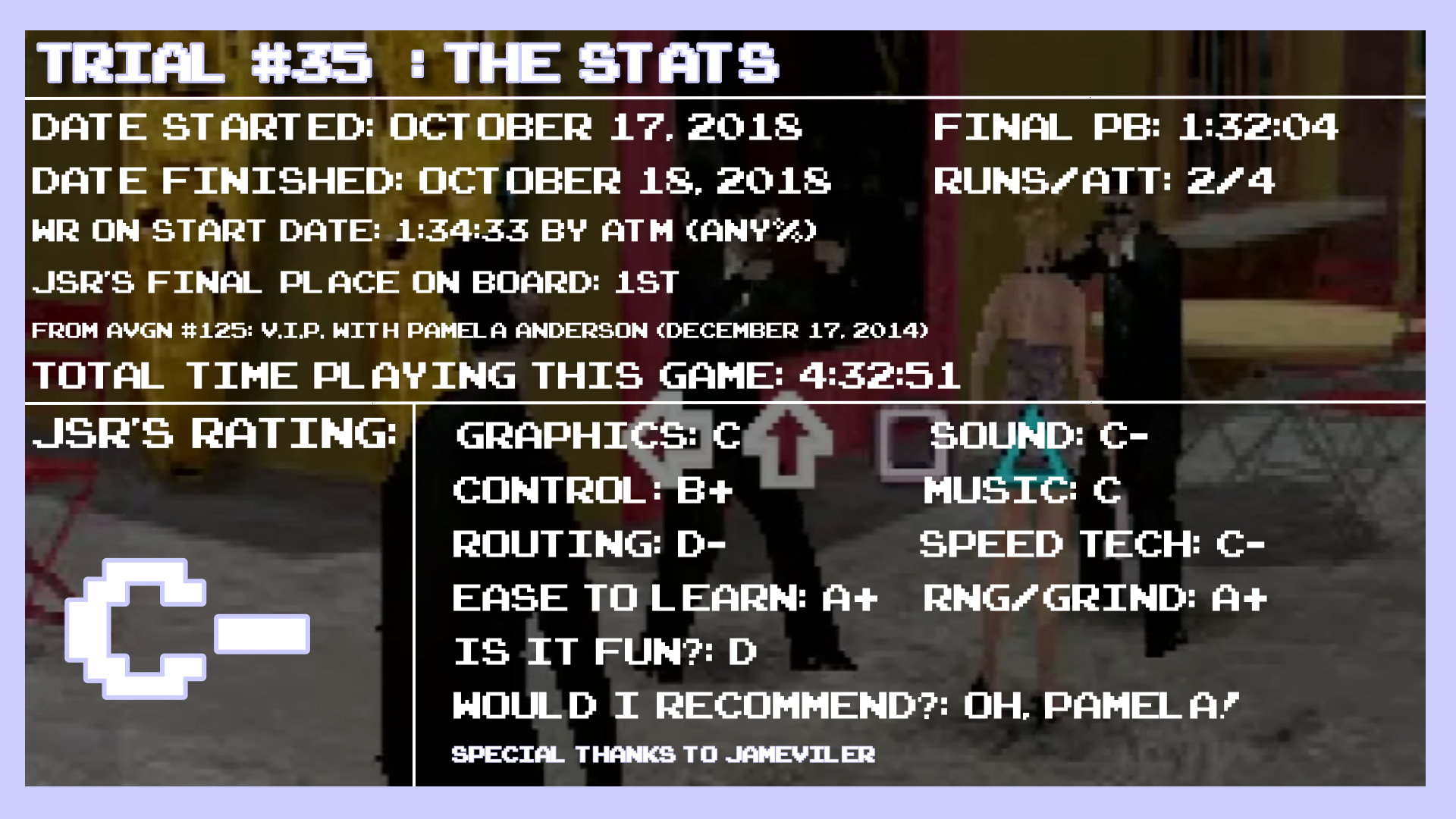