This is a silly speedrun.  Let’s keep it real.

Porky’s is a late-Atari 2600 (VCS) game released by Fox in the heat of the 1983 video game crash.  It sold relatively poorly.  Being based off a cult-“classic” toilet humor comedy film (which has NOT aged well and is cringy and hard to watch in 2022), they didn’t have much to work with here.  They did their best, with a strange pit that has a vault pole and a literal shower scene (both of which the Speedrun doesn’t see), a street with a Frogger-like minigame, and finally, Porky’s itself, where Porky tries to catch you as you try to blow his building up.

This game is actually one of the nicer 2600 games I’ve seen, and it plays very well!  I am quite surprised; most 2600 games aren’t very playable compared to NES or Master System titles, or even Colecovision ones.  This one controls very well, looks nice, and despite having no music, it sounds good for an Atari game as well.

There’s not much else to say here.  This speedrun is fast, easy, and honestly, quite dumb.  But if you’re looking for an easy, dumb meme run, this is one I’d suggest over many, many others… 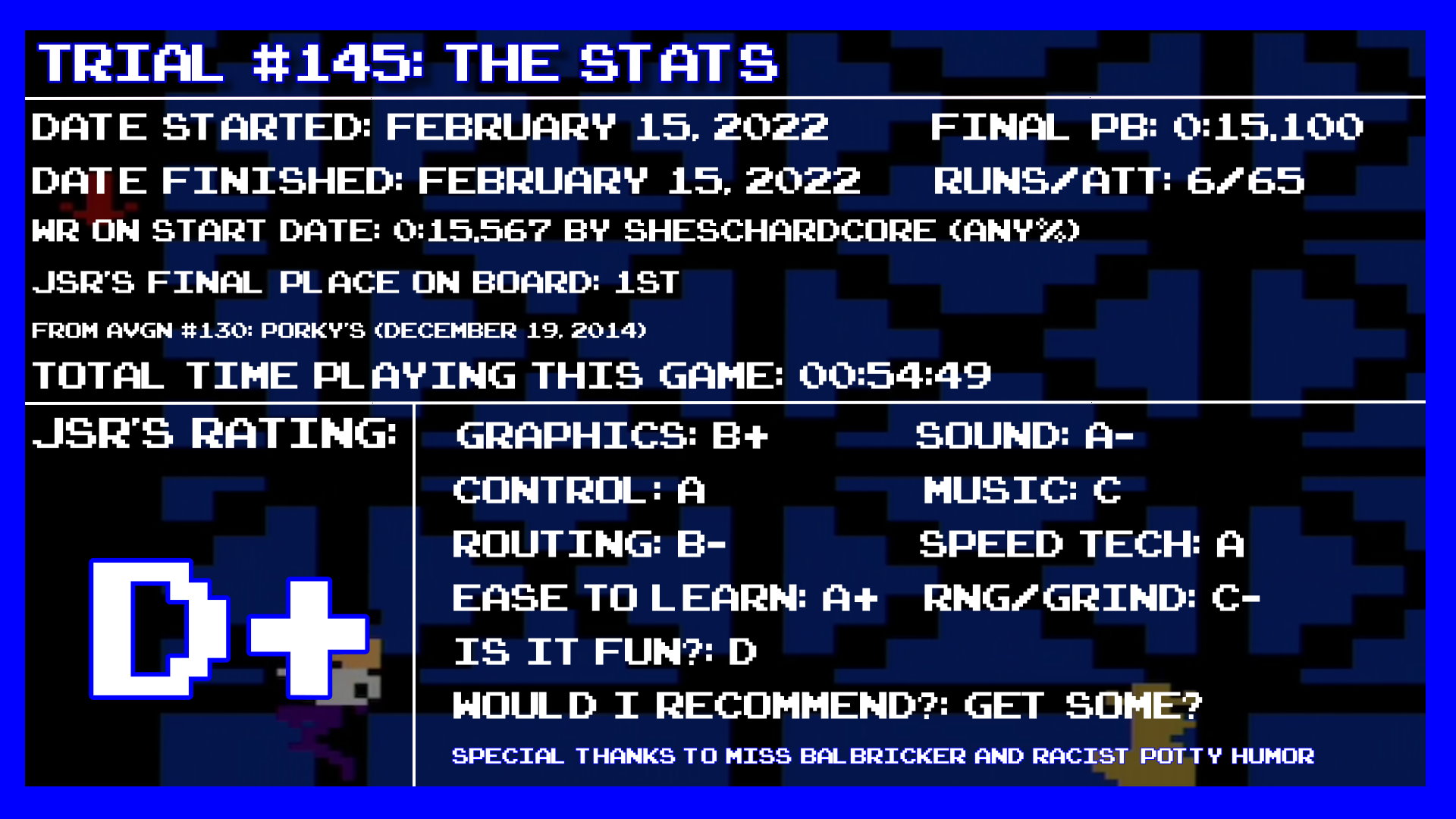