I do not love this game though.

Now, let’s be fair, this was never going to be a great speedrun, or a great game to play.  Not in its’ pure form, at least.  This is an awful game at face value, with horrendous graphics, an awful, profane, outright offensive story, terrible controls… and that song.  Over and over.

But see, that’s what made this almost fun.  Almost being the key word.  This is one of those rare games that is so bad… it’s almost good.  Kind of like “The Room”, if they made it say “oh, hai Mark” over and over while you threw balls at people trying to tackle you in front of cars, a flying head straight from Zombie Nation, and a Coca-Cola logo.  This game is freaking WEIRD, man…

The game itself is a breeze to learn; the enemies are all on a set pattern, and do the exact same thing every single game.  Once you memorize the pattern, and master the awful controls, you can basically destroy a loop of this game.

I will add, however, that the only board on src for this game is a single loop run.  I am disappointed at the lack of options and categories… or at least, I would be.  Until I actually did this speedrun… and reset over, and over, and over… 97 times, to be exact.  At least this game (and its’ speedrun) created a spectacle that folks watched… and endured… alongside me.

Speedrun this for the memes if you must… otherwise steer very far clear. 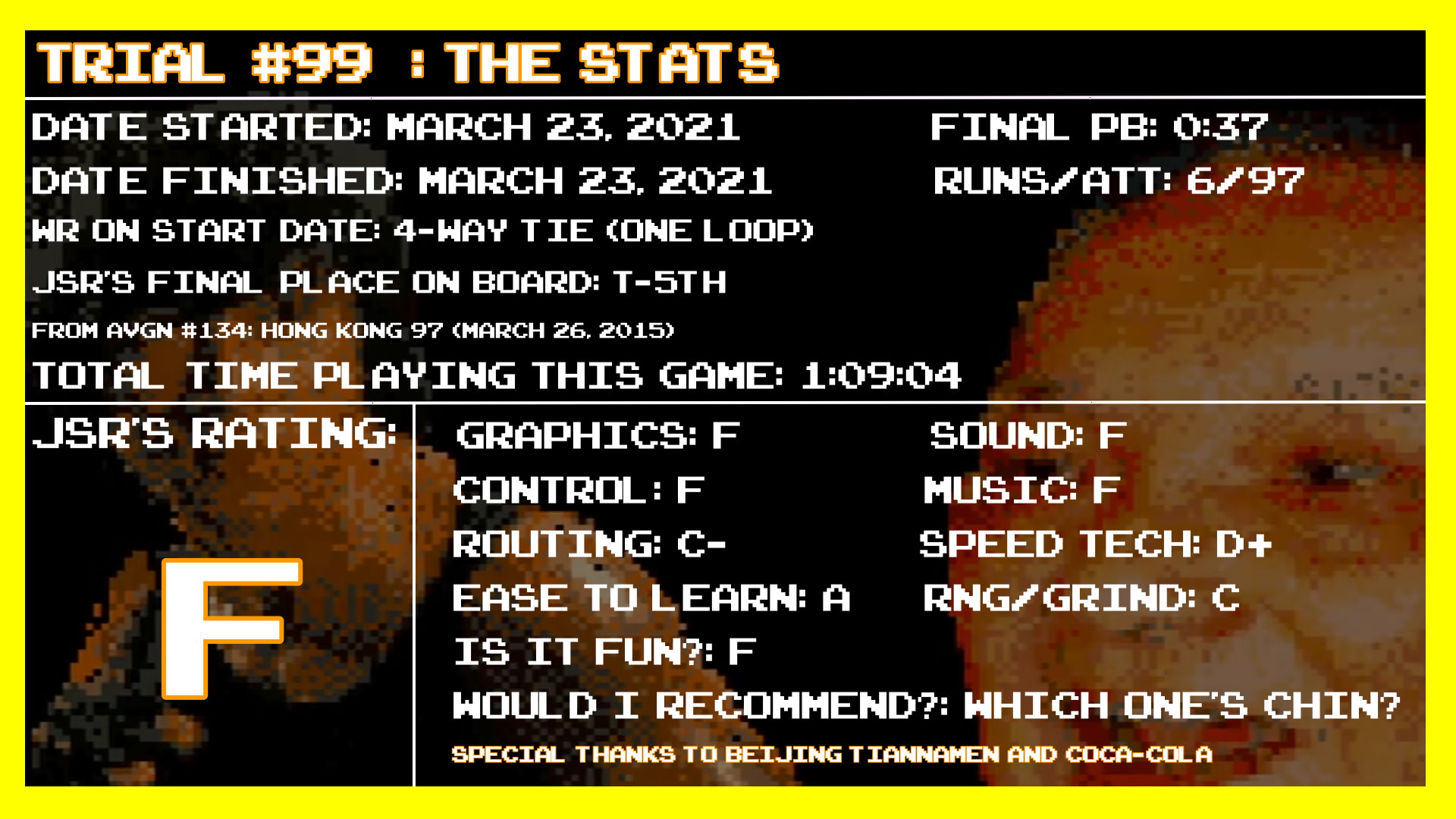