Chat was telling me that this was an arcade title before an NES one, which Wikipedia confirms.  I swear I remember seeing it in arcades as a kid, but can’t recall playing it ever.  My helmet was probably on too tightly.  Danny Sullivan’s Indy Heat is an overhead racing game for the NES, and it is both awfully clunky, and slightly addictive!  You control a random racecar (you can make a custom avatar, but at the cost of time) going up against Danny “Veneer Smile” Sullivan and a few other random racers.

You travel across the map, racing different fictional tracks, upgrading your car and crew as you go with the prize money you win.  The gameplay reminds me a lot of R.C. Pro-Am, although this game is vastly inferior to that Rare title.  Tradewest still made a competent racer here, though.  Though the cars are very small and hard to control, the controls themselves are tight, and the music is pretty catchy.  This is a fun little game!

There’s a little bit of speed tech here, but not much.  Mostly, just crashing cars, or crossing the finish line in the pits, or using turbos wisely.  This is a very easy speedrun to learn, and most old-school racing folks will find enjoyment here.  A very underrated NES game to be sure! 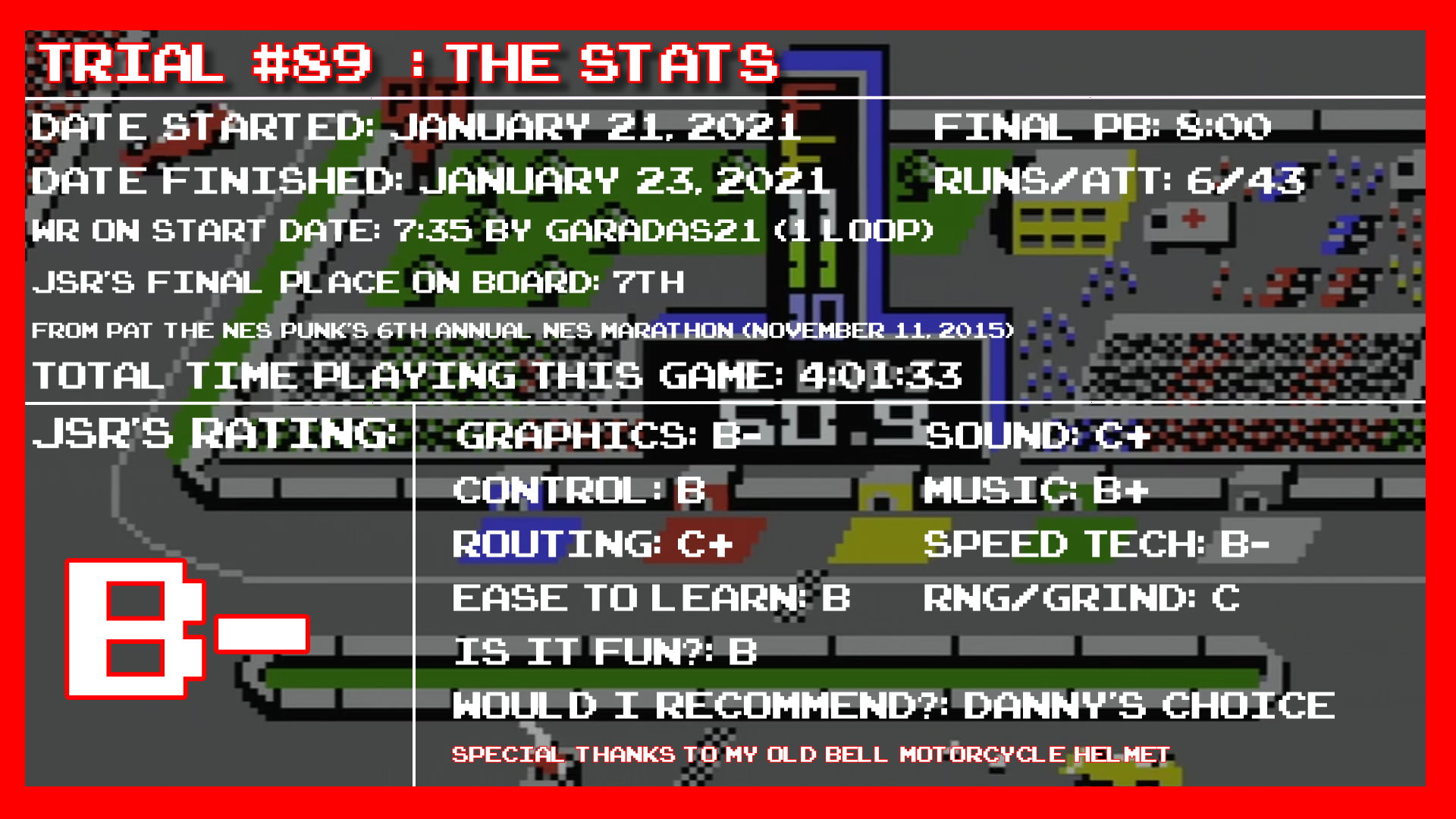