This was something I was not looking forward to at all.  Of course, this is nothing new for the AVGN Trials; there’s a LOT of games like that!  However, the one thing that always surprised me was that those games would typically end up being much better than I feared they would be!  Believe it or not, this game is no exception, although this one truly tested the limits of my patience and really worked me to the bone.

This is an interesting mashup of the Mortal Kombat fighting engine (very similar in playstyle to Mortal Kombat 3) and a side-scroller.  It… plays about as poorly as you might think it would.  This is an awful-controlling game, with clunky combos, poor hit detection, and awful platforming, combined with terrible A.I., cheap death traps, and UP JUMPS! Yeah… that’s awful.  Worse, even.

This game tried something new, and for that I give it credit, as this concept makes for a fun game when you’re not dying over and over in a cheap way.  The graphics are quite nice for a 2.5D action game from this era, and the music is nice.  The N64 version skips the awful cutscenes from the PS1 version, and I honestly prefer these here; the stills are much more palatable.  The story is a bit stupid, a prequel that nobody really asked for.  It’s a shame this was so poorly executed, as this concept could’ve been a hit.

Thank GOODNESS that this game is still quite fun to play, and especially to speedrun, despite this.  This game and speedrun have some truly cool combos, tech, and skips to learn… as well as some of the most frustrating enemies I’ve ever battled in a game.  But it is SO satisfying when you do win, when you get the stun lock on the enemies (which, in most cases, is MUCH harder to do than it appears, especially on the Wind boss and Scorpion), or when you nail a tricky platform section.  It makes you addicted.  Honestly, despite this game being extremely flawed, this was a blast to run.

Big shouts out to sagat for his help in tutoring me through this Trial.  Again, it just goes to show you that if you persist, you will always succeed. 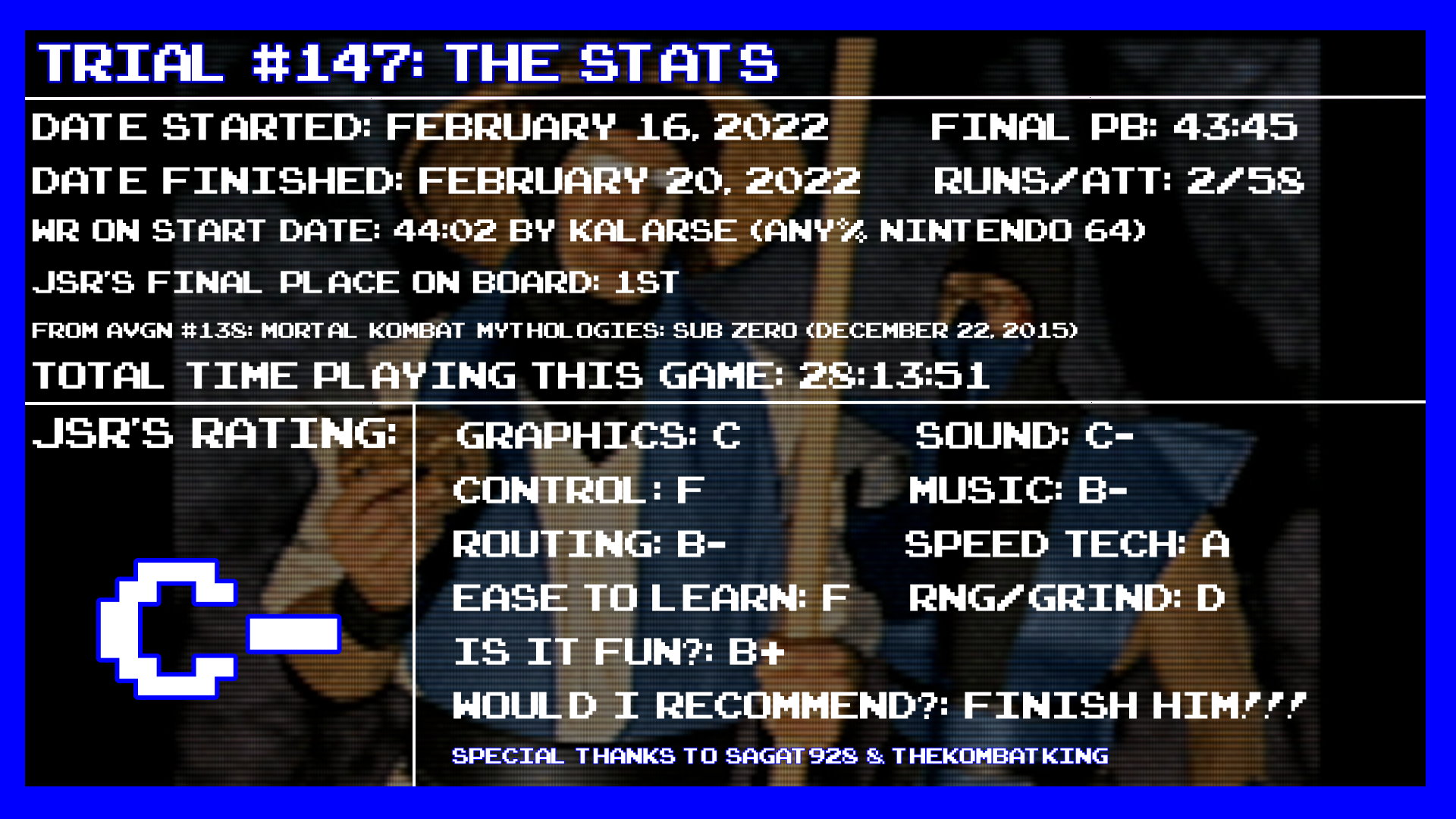