Current Sonic’s Story Leaderboard (XBox 360, Speedrun.com)
I was stunned at how atrociously awful this game was when I played it for the first time, in preparation for this AVGN Trial.  Sonic the Hedgehog, commonly referred to as Sonic ’06 by it’s detractors and supporters alike, was a Sega-developed nightmare for the XBox 360 and PlayStation 3, released in 2006.  And I have no idea what they were thinking.  This is so awful for a company as experienced and successful as Sega was, to have released something so obviously unfinished and rushed… especially when you can certainly see the potential there.

The speedrun, however, is one of the most fascinating and exciting ones I’ve learned so far in the AVGN Trials.  It absolutely blew me away.  And the reasons it’s so shocking are the same reasons that this game is so awful: the controls.  I’ve never played a game where I felt so out-of-control as I do with this one.  Controlling Sonic (especially in mid-air or at high speeds) is like trying to wrangle a huge bull with dental floss.  You’re not doing it.  Instead, you learn to adapt to it, anticipating janky moves and glitches to better prevent the cheese from causing you to melt.  Broken i-frames, instantaneous directional changes mid-air (with janky, jerky camera moves to further make you sick), and broken enemy hitboxes make it a frustrating experience… casually.

For some reason, however, this speedrun is so much fun it helped me to forget these things.  Once learned (and boy, did it take some effort to learn this one!) you can quickly forgive the bad controls as you know exactly what to do, and when to do it.  Combined with the extremely satisfying feeling of actually playing these levels at speed, you can start to see that this game was on the right track.  The level design is quite good, and the beautiful graphics, banging soundtrack (which I later discovered was mostly produced by Akon… yes, THAT Akon), and cool enemy designs, help to flesh that hidden truth out even more: this game WOULD and SHOULD have been a great game!  Weird human/hedgehog love triangle notwithstanding, this game had all the pieces in place to be amazing.

It’s a shame.  Whatever reasons Sega had to make this turd, it had everything set up to make an amazing Sonic platform experience on these new consoles.  Instead, it’s bad and we all have to live with it.  However, if you must live with it, the speedrun is actually quite awesome, and I suggest you try learning one of the levels and seeing how you like it yourself; if you have a blast, I think it’s safe to assume this might be the speedrun for you! 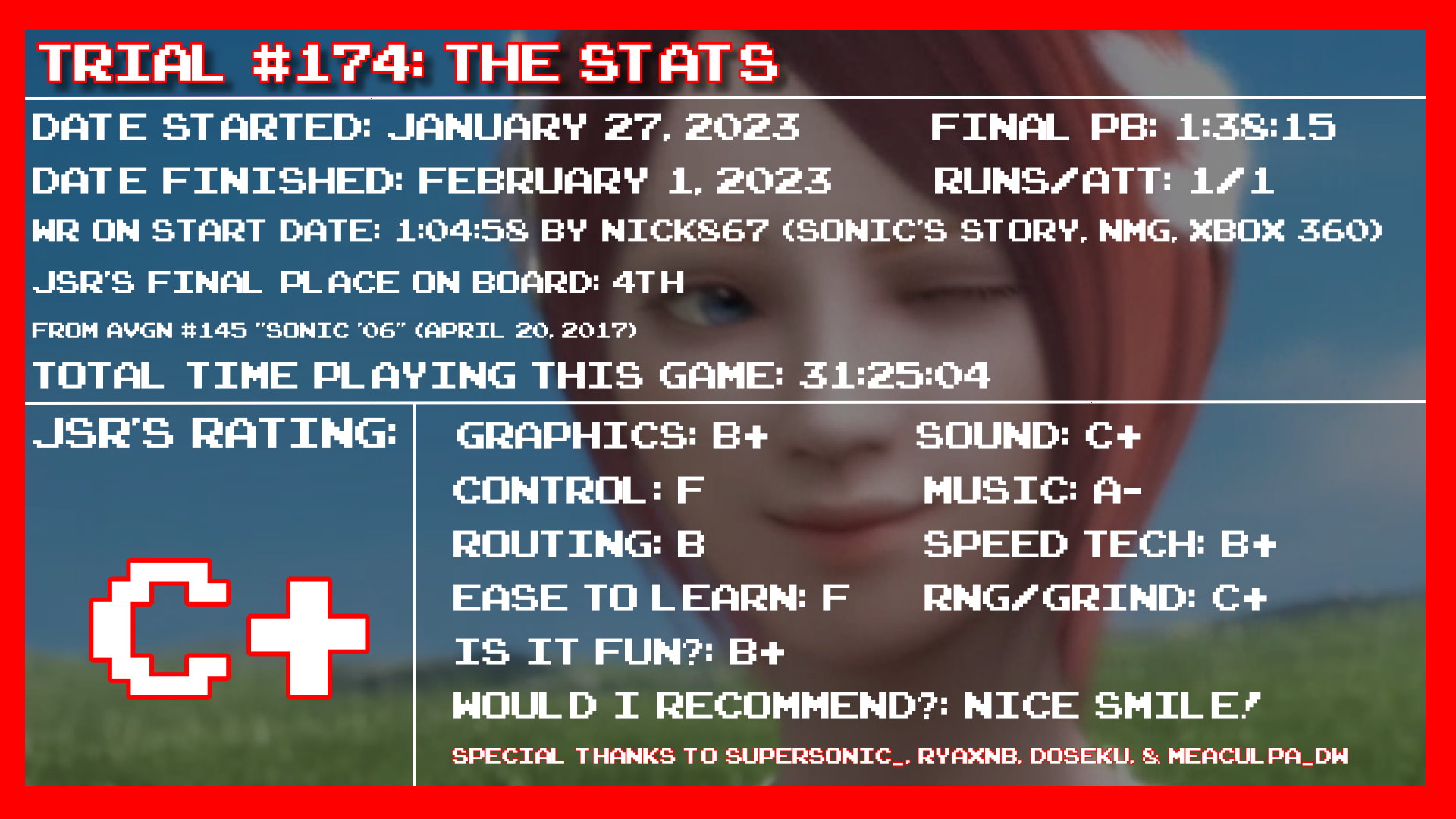