Planet of the Apes (2002, PlayStation) by Ubisoft

I never saw this coming.

Much like the humans in the films’ universe which “blew it up”, I was blindsided with how much this game was a joy to route, speedrun, and play.  Before you think I’m overreacting, hear me out!  Let me explain and perhaps you, also, will give this game a try!

So Planet of the Apes is an interesting game.  Visiware, a developer under the Fox Interactive umbrella (think Independence Day or… you know what?  Never mind lol).  They began making this game in 1998 which, at the time, was considered odd.  There was a new Planet of the Apes movie coming out (the 2001 movie starring Mark Wahlberg) and they wanted the game to release alongside the film, but the movie was infamously delayed and pushed back… eventually the game team had to create a unique story, setting, and characters… mostly because they had no idea who or what this new movie would be about!

Fast-forward to 2001.  Ubisoft picks up the publishing rights to this title, which had long since been in the can, ready to publish.  And… by the time it hit store shelves in 2002, it was very much behind the 8-ball in regards to the other titles coming out on the PS1 in ’02.  That said, this was certainly a game made from a team that cared about the subject matter, even if the game barely even saw the light of day.

This game has relatively ugly graphics and dated, compressed sound effects, but they do the job well enough.  The music, at least, is spot-on, melodic, and moody.  The controls are tank-style, and feel a LOT like Tomb Raider, or Resident Evil (without the lock-on mechanic).  Once you get used to them, they feel GREAT… except for one thing: the janky jumping and the one-dimensional combat.  However, once you get access to guns and other weapons, the game’s combat becomes much more enjoyable and manageable.

The speedrun was one of the few so far that I had to route from scratch.  In my run, many of the “intended” mechanics of the game are skipped.  This includes saving unnecessary characters, skipping parts that give hints or clues, and even skipping some weapons and safeties.  My very first attempt went almost perfectly; so much so in fact, that once I got my PB, I felt little reason to continue.

I wouldn’t mind coming back to this one though.  It’s WAY more fun than it deserves to be.  I feel like everyone, the Nerd included, is sleeping on this hidden PS1 gem, and I urge you to give it a try if you like games like Tomb Raider or early Resident Evil games, or other 3rd-person late-90’s era titles like Mission: Impossible.  Don’t be a maniac!  Give it a try! 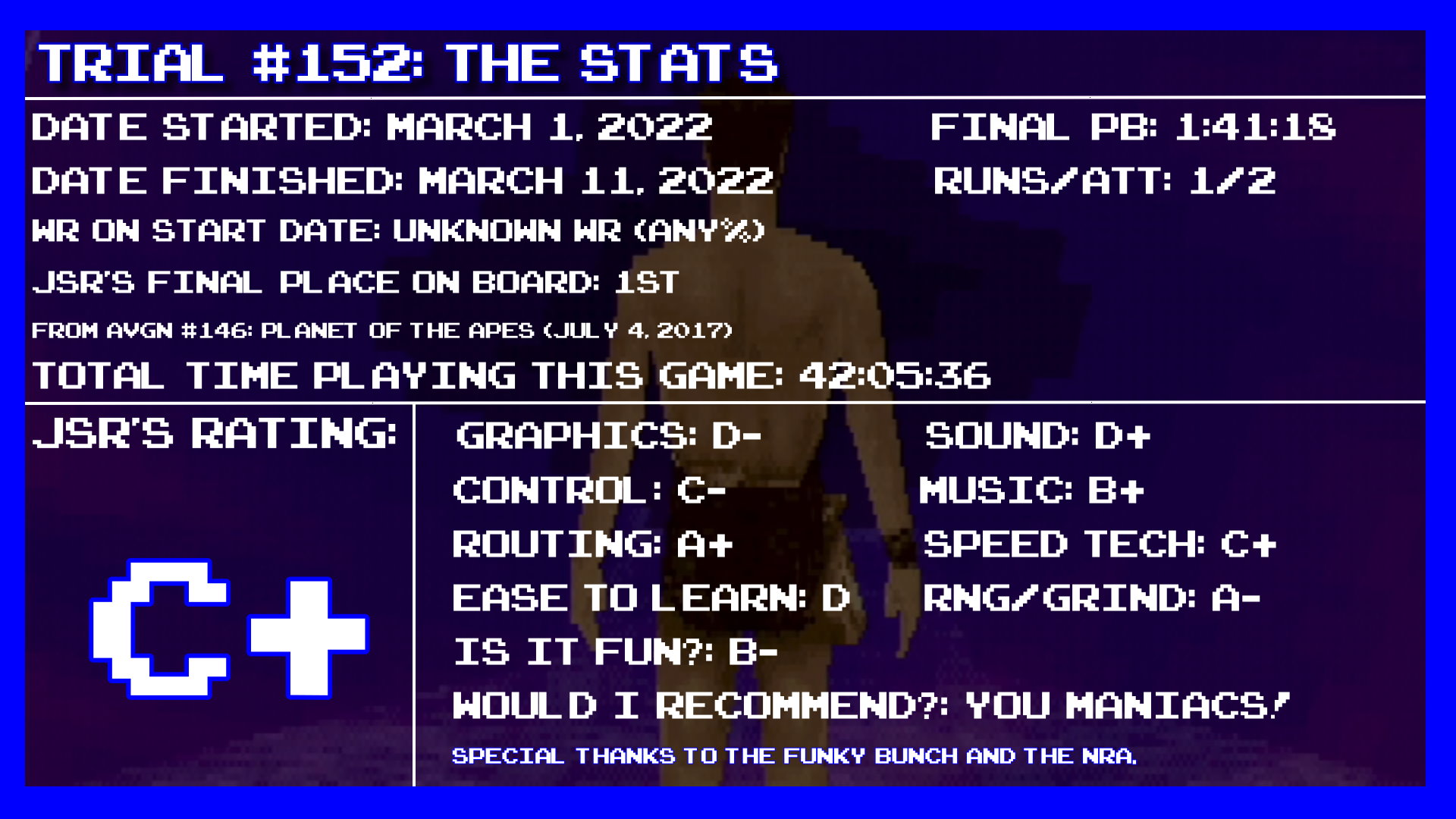