This game?  Not so much.

On the surface, it’s a decent platformer… until you realize the enemies are hard to kill, you have limited health, the game itself is cryptic and horribly difficult, and the level designs, while creative in concept, are poor in execution.  Treasure Master was actually intended as a contest to win real-world money and prizes, but since that contest is long-since overwith, the game is only reviewable as it is, today.  And man, it’s rough.

The graphics are decent and the music and sound are solid.  The controls, however, are really awful.  Our protagonist jumps like he’s on the moon, and he’s hard to control mid-air.  Luckily, in the speedrun, we can use a health overflow glitch by taking damage on the same frame as a transition, and if that damage kills you, you end up with 255 hit points.  This makes the rest of the game a cake walk, and oh boy with that walk, it becomes almost a mockery of itself.  The speedrun is intense in level 1, and then extremely boring afterwards.

There’s not much here to be honest.  Hardcore NES fans might get a kick out of it, but everyone else should steer clear.  Save your time for a game more worthy of it. 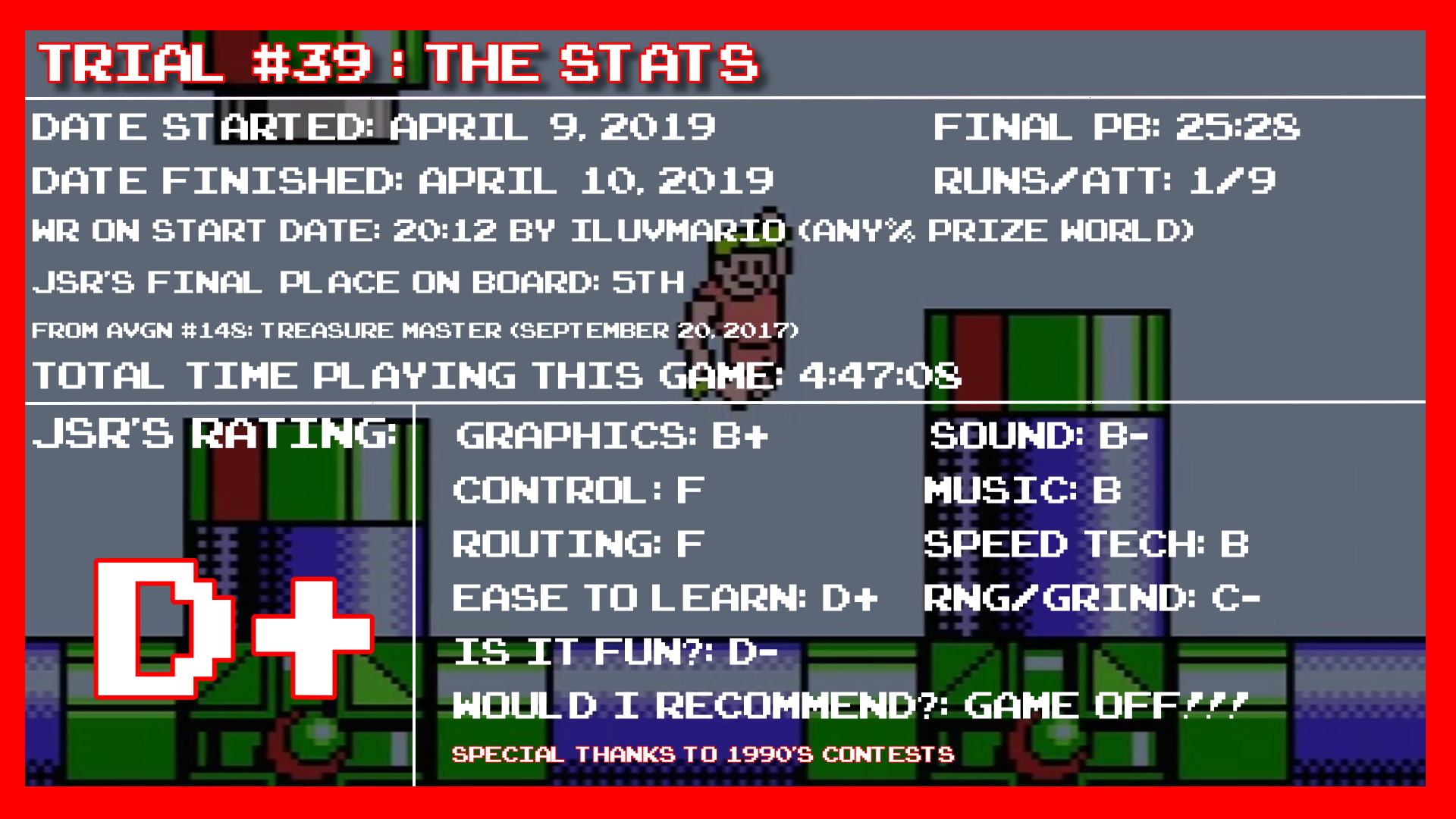