RoboCop was a sensation. We all know about this stuff, but in case you haven’t heard: Orion made RoboCop, the MPAA gave it an “X” rating (the precursor to NC-17) 11 times, and then it FINALLY got a rating of “R” and was released… and that reputation, combined with the humor, effects, and awesome setting, made RoboCop a smash hit.  And since RoboCop was like a new Terminator… toys, cartoons, and video games came out.

Yes, in the 1980’s, we bought our kids toys based on a movie franchise that was so gorey and violent that it got an “X” rating 11 times.  What a time to be alive lol.

The game, made by Data East, actually is a decent movie-based game effort on the NES, and dodges the lethal LJN rainbow of doom.  You play as RoboCop, and you cannot jump, and you only have a limited amount of weapons including your fists, your gun (which has infinite ammo, but cannot be used around the public), a machine gun (which is rare) and a super soaker (or something like that, it’s a huge gun).  You cannot do anything but move forward, making progress as you track down the evildoers from the movie.  And this does follow the movie’s plot quite faithfully, as you will fight Clarence Boddicker and his goon squad, as well as ED-209.

The speedrun?  Well it’s so simple, I went from learning to running to “trial done” in just a few hours.  This is super simple.  Just go forward until you’re about to take damage, then let off the D-Pad and mash select.  You get a second of i-Frames if you do this, making RoboCop immortal basically.  You can then just keep this up for the entire game and presto!  The only “routing” is the gun powerup you get in stage 5, the mini bonus shooting gallery game (which is unskippable anyways), and that’s really about it.  It’s still a fun game to run, but it’s VERY simple and short.  Easy enough to pick up and run if you have a soft spot for it; otherwise, just be aware you’re not getting your Dollar’s worth here. 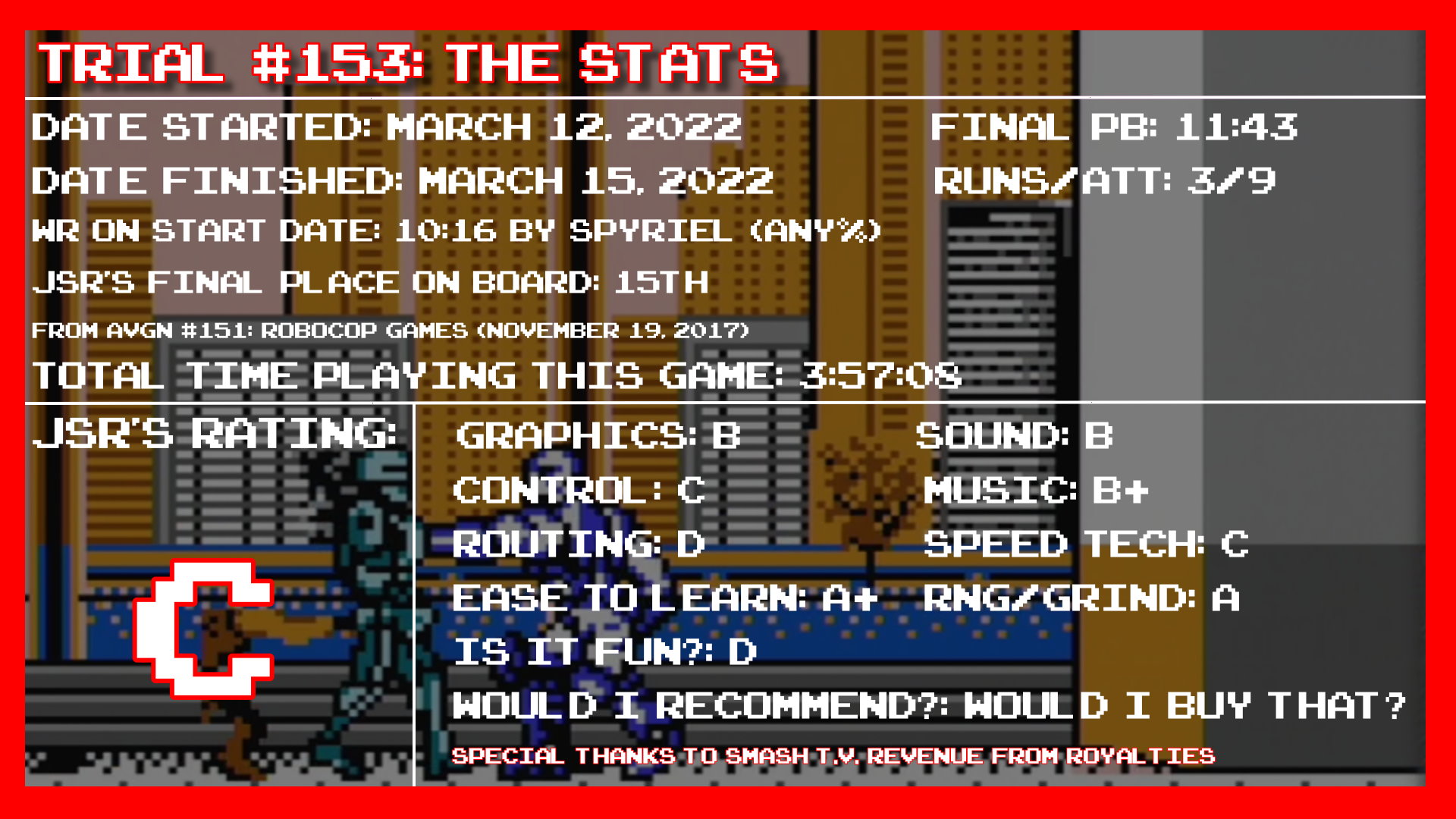